Cuban dissidents accused authorities of cutting their web access and preventing them from leaving their homes during the Cuban Communist Party Congress where leaders denounced renewed U.S.-backed attempts at “counterrevolution” using online platforms.

The four-day congress, where Raúl Castro is set to step down as Communist Party leader, takes place amid a dire economic crisis that has fuelled social discontent. U.S. sanctions and the pandemic have exacerbated the woes of the ailing state-run economy.

The rollout of the internet has also provided new platforms for Cubans to express their frustrations in a one party system which tightly controls public spaces and boosted the growth of non-state media challenging a state monopoly of mass media.

During a speech opening the congress on Friday, Castro warned the “counterrevolution” lacked popular support or leadership but was adept at manipulating the web.

“We are firmly convinced the streets, parks and squares belong to the revolutionaries and we will never deny our heroic people the right to defend its revolution,” said Castro.

The U.S. State Department has declined to directly address a Reuters’ question about Havana’s view that Washington and U.S. groups finance dissidents in a bid to destabilize it.

“We support those in civil society, in Cuba and around the world, who are defending their rights or struggling for freedom,” a State Department spokesperson said earlier this month.

So-called “acts of repudiation” when mobs of pro-government supporters show up to harass dissidents have made a comeback in Havana lately after years in which they were not deployed.

Castro said counterrevolutionary groups were seeking to infiltrate and manipulate specific groups like the artistic or religious sectors in a bid to break national unity. The party passed a resolution on Sunday agreeing to strengthen “revolutionary activism” in social networks.

Many of those who have denounced state harassment during the congress belong to the dissident artist collective the San Isidro Movement and 27N, a group of artists, thinkers and journalists which arose from a rare protest of several hundred people outside the culture ministry on Nov. 27.

Both call for greater civil liberties and are the fresh face of the Cuban opposition in a country which is proud of its rich arts scene and where traditional political opposition groups have struggled to gain ground.

“State security rang us up to say they would not let anyone leave their homes during the congress, not even to put out the rubbish,” 27N member and globally renowned performance artist Tania Bruguera told Reuters by telephone. “They also cut internet for some of us.”

Cuban authorities do not comment on police activity such as the detention of dissidents.

Bruguera said she and other members of “27N” had been on and off prevented from leaving their homes and subjected to brief detentions and interrogations ever since the group’s formation. State television has done programs on many attacking them.

“That Raul is retiring does not mean there will be change,” said Bruguera who six years ago created an Institute of Artivisim in Havana, of the congress, which the party dubbed the “congress of continuity”.

The San Isidro Movement said one of their most prominent members Luis Manuel Otero Alcantara was detained overnight on Friday and his artworks seized from his home. He had been staging a performance in which he planned to sit in a garrote during the congress to denounce repression.

Fellow MSI member and poet Amaury Pacheco told Reuters by phone he was also briefly detained when he tried to leave his house in protest at the seizure of Otero Alcantara’s works.

“They don’t want any raised voice or embarrassment during these four days,” said Pacheco. Opinion
It’s time for Canada to strengthen our ties with Cuba
February 25, 2021 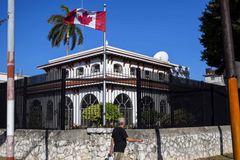 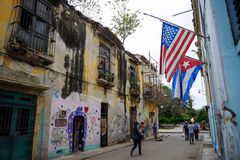