Marion Trippe moved to this village in the northeast of the Netherlands several years ago with her husband, looking for an affordable house in which to spend their retirement days. What they soon discovered was that their house, a converted post office, came with more than space for them and their dogs. It came with a secret. Tucked beneath a staircase was a dirt-floor hiding space. It had been used in the Second World War to hide people from Nazi forces.

In the decades since the war, the small community of Nieuwlande has gained recognition for its protection of hundreds of people marked for forced labour in Germany or death in concentration camps.

Among those who hid here was Salo Kimel, a classmate of Anne Frank. Just about every household in Nieuwlande risked imprisonment and possible execution to provide sanctuary or support. 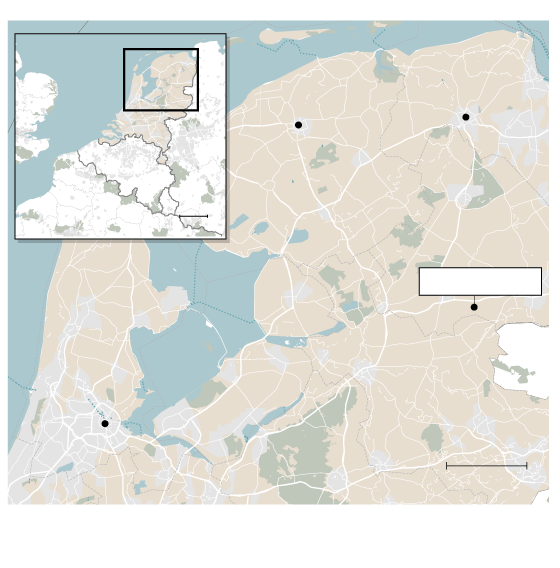 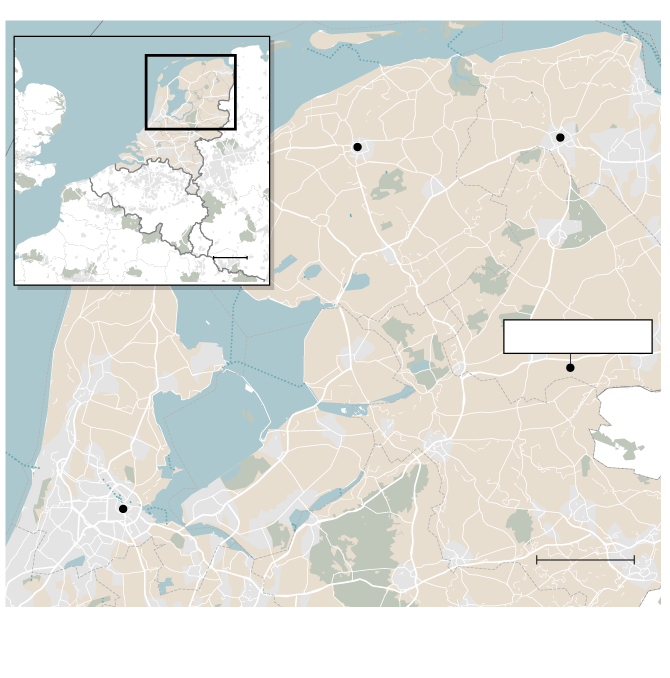 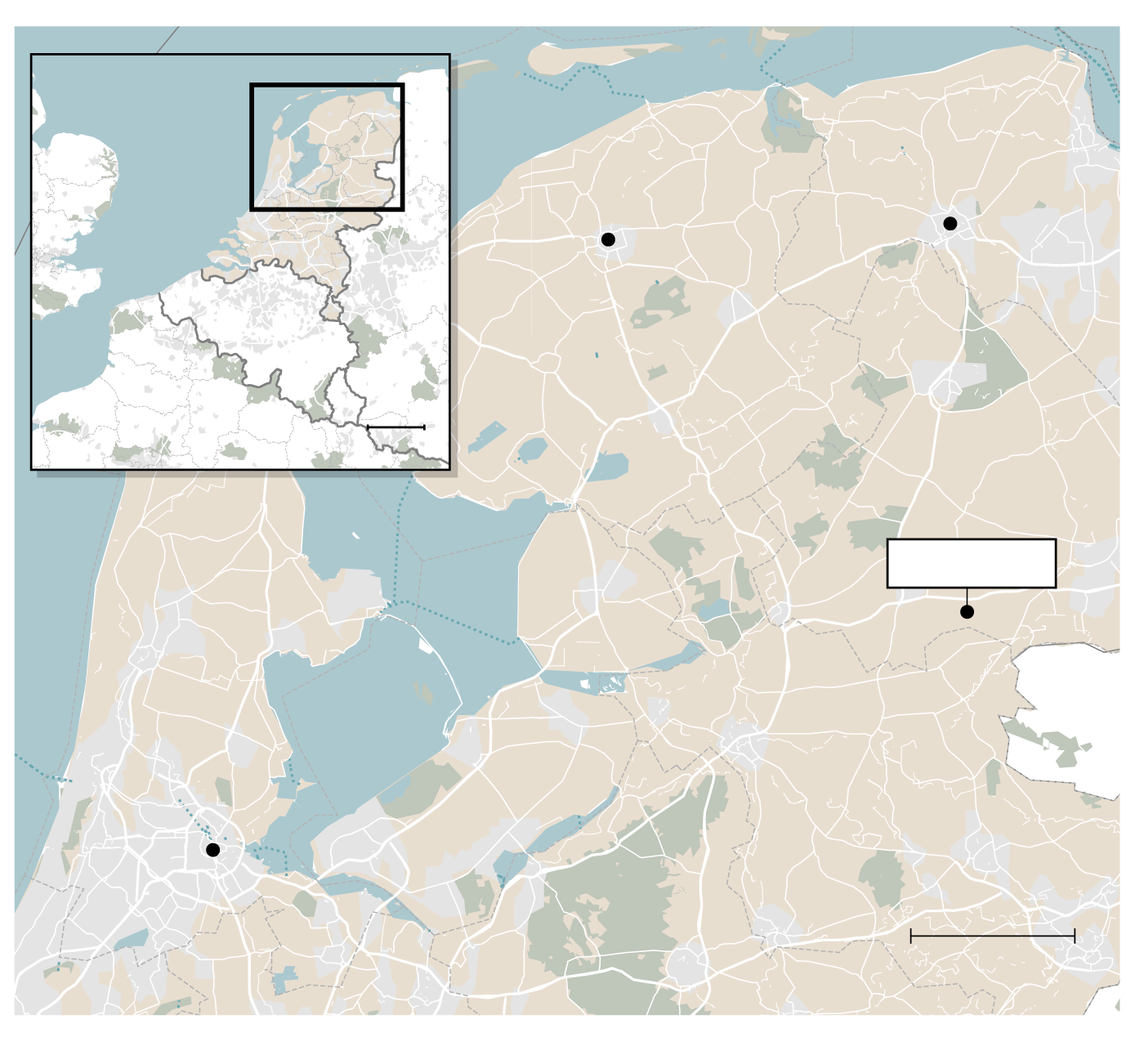 Now, nearly eight decades later, some of the homes once used to hide Jews are being used to shelter another generation of people seeking safety: Ukrainian families. Ms. Trippe is among those who have opened their houses. It is an echo of history in Europe, as memories of the continent’s bloodied past undergird generosity toward those fleeing Russia’s invasion of Ukraine.

For Ms. Trippe, the decision to take in Ukrainian refugees is at least in part linked to the legacy of Nieuwlande. Reading about the history of the area and learning about the background of her own home “made a big impression,” she said.

More than six million Ukrainians have fled their country since the Feb. 24 onset of war. In the Netherlands, authorities have registered nearly 60,000 Ukrainian refugees.

Among them are Anna Alekseeva and her son, Matvii Alekseev, 5, who fled Kharkiv in early March. Weeks later, they arrived in Nieuwlande, at the home of Jan and Willy Smid. The Dutch couple bought toys and a trampoline for Matvii, and took him and his mother on trips to the zoo, McDonald’s and local festivals. They pitched in to buy a camper home that they parked in their backyard, where Ms. Alekseeva and Matvii are now living.

It is also steeped in history. Where the Smids live was once the home of Johannes Post, a renowned Dutch resistance fighter who began the organization of Nieuwlande’s efforts to shelter Jews and others. The original wooden beams of Mr. Post’s barn still stand over a space that was likely used as a hiding spot between stored straw.

“Heroes. I don’t know how else I can describe these people,” Ms. Alekseeva said.

A farmer and charismatic local politician, Mr. Post was a staunch Calvinist who began helping Jews fleeing Nazi Germany even before the Second World War, said his biographer, Geert Hovingh. Mr. Post favoured the biblical Psalm 91, which begins: “Whoever dwells in the shelter of the Most High will rest in the shadow of the Almighty.”

The Netherlands counted 140,000 Jews before the German invasion in 1940. Most were sent to camps during the war and 102,000 died. But many thousands were saved.

Farmers in and around Nieuwlande helped somewhere between 250 and 600 people, researchers estimate. Lauded as “the village that kept silent,” Nieuwlande was named “Righteous Among the Nations” by Yad Vashem, the Israeli Holocaust organization. Only one other community, France’s Le Chambon-sur-Lignon, has received such communal recognition. (There and in other nearby villages, people have now taken in roughly 100 Ukrainians, 53 of them children.)

In 2018, Nieuwlande opened a small museum to commemorate its wartime contributions, including those of Mr. Post, who was executed in 1944.

He had already left Nieuwlande by then, going underground to lead an armed resistance and entrusting the work of organizing rescues to others. (Those in hiding included two Jewish men who lived for nine months beneath a church, where they operated a clandestine printing operation alongside two rats they named Hitler and Himmler.)

Mr. Post demonstrated a “moral stance that drove the community forward to doing what it did,” said Bob Moore, a Holocaust historian. Today, Nieuwlande remains a place where “there is still a social conscience very active,” he added.

For some, the connection is personal. Mr. Smid is the grandson of Mr. Post’s brother, also named Jan. His grandfather, too, helped onderduikers, the Dutch term for those who hid. “I’m very proud of being part of such a family,” Mr. Smid said.

Mr. Smid has worked overseas in development and at home with refugees, including with people who have come to the Netherlands from Syria and Afghanistan.

Refugees from the Middle East have not always received a warm welcome, with some Dutch communities unwilling to host asylum centres. Not far from Nieuwlande, roughly 1,000 refugees from Syria and some African countries are housed in a former prison, where living units for four have been fashioned from pairs of conjoined cells. It’s “small. They have no privacy,” Ms. Smid said.

Newly arrived Ukrainians, meanwhile, have been given rooms in people’s homes and accommodations in repurposed schools and office buildings.

Ms. Smid has struggled to understand the different treatment. “It makes me ashamed,” she said. The personal cost to helping, she pointed out, is far different than 80 years ago.

“In that time to have Jews was very dangerous. Your own life was at stake. Now our lives are not in danger.”

Many in the Netherlands say they simply feel more of a sense of kinship with fellow Europeans under attack by a foreign power.

Russia’s invasion of Ukraine has, here and elsewhere, reawakened memories of resilience against authoritarianism, reviving a sense of civic conscience. “For me, the Second World War is something vivid these days – maybe more than it has been ever since I grew up,” said Hans Goedkoop, a Dutch historian who recently delivered a memorial lecture on May 4, the Netherlands day of remembrance.

His grandfather hid people fleeing Nazi Germany, and Mr. Goedkoop is now hosting people from Ukraine – although he plays down that contribution: “I have a house big enough to host people, but people are applauding me like I’m saving the world.”

A military invasion on European soil has produced a “visceral” response in many, he said, who have found themselves transported back to the 1940s by images of destroyed Ukrainian cities and refugees fleeing by train.

“With a lot of people, there is a sense of, if we don’t do something now, we never will,” Mr. Goedkoop said. “If this is not the moment where we feel we should do something, we are losing what we think we are.”

When The Globe and Mail's Mark MacKinnon visited Kharkiv, a city that has been on the front line of the Russian invasion, he found residents of a neighbourhood that have been sheltering in basements for weeks and don’t feel it’s time yet to emerge.

A Ukrainian unit had to retreat under Russian fire. Its captain stayed and died protecting his troops

After fending off Russian troops in Kyiv, these Ukrainian special forces members are processing horrors and appealing for weapons

In wartime Kharkiv, flowers bring serenity to a time of uncertainty
May 22, 2022
Oleksandr Shelipov was one of the first casualties of Russia’s invasion. The war crime trial around his death could make history
May 20, 2022
Near Ukraine’s border, threat of Russian shelling remains even after ground forces retreat
May 18, 2022