Amid all the grim coronavirus news there is a sliver of blue sky: an informal “coronavirus truce” between Israel and some of its enemies.

No side wants to acknowledge there’s any kind of agreement in place, but the past two weeks have been remarkably quiet in the Hamas-governed Gaza Strip, as well as along Israel’s northern frontier with Lebanon, which is controlled by Hezbollah.

“Our reality now is that when the virus roars and spreads, the guns are silenced. A sudden, relative quiet reverberates across the Middle East,” columnist Yossi Melman wrote this week in Israel’s Haaretz newspaper.

The silence, of course, has come with a cost. Israel declared a full lockdown as the number of COVID-19 cases in the country surpassed 700 this week, though no deaths from the illness have yet been recorded. The security clampdown was extended over the occupied West Bank, where another 44 cases have been confirmed, and all crossings between the West Bank and Israel have been closed.

While the Palestinian Authority announced this year that it was ending all co-operation with Israel to protest a peace plan sponsored by U.S. President Donald Trump – which sought to end the 72-year-old Israeli-Palestinian conflict almost entirely on Israel’s terms – the PA acknowledged this week that the two sides had set up a joint headquarters to deal with the coronavirus outbreak.

“Our shared borders and relations do not leave room for hesitation over the need to take severe measures and co-operate on the highest levels to prevent the spread of the virus,” PA spokesman Ibrahim Milhem told reporters in Ramallah, the PA’s administrative capital.

While Israel and the PA, which is controlled by the secular Fatah party, have a long history of off-and-on co-operation, there’s no such relationship between Israel and Hamas, the Islamist militant group that controls the Gaza Strip, or between Israel and Hezbollah, the Iranian-backed militia that is the dominant force in southern Lebanon. Still, there has been little reported violence across either frontier since the coronavirus outbreak began to accelerate at the start of this year.

Yoram Meital, a professor of Middle East studies at Ben-Gurion University of the Negev, said he believed there is an “unwritten understanding” between Israel and its armed opponents that now is not the time for an escalation of violence.

“Each party acts on a presumption that the priority must now be given to the struggle to contain the coronavirus. That means looking inward and investing most energy in operations within the areas under their control,” Prof. Meital said.

In Gaza, which has been under an Israeli blockade since 2007, violence is usually an almost-daily fact of life. The regular pattern sees Hamas or one of the other militant factions, such as Islamic Jihad, fire rockets or other projectiles into Israel, often prompting a deadlier response from the Israeli military.

But Gaza residents told The Globe and Mail this week that there hadn’t been any significant flare-ups in more than a month. “I think Gaza was and is not working on escalation – on the contrary, Gaza is trying to contain the situation on the ground,” Bassem Naim, a senior Hamas official, told The Globe in an exchange via WhatsApp.

The isolation created by 13 years of Israeli blockade, which has created severe economic hardships for Gazans, has finally delivered one positive to the tightly packed territory. Mr. Naim, who previously served as Gaza’s de facto health minister, said there have been no confirmed cases of coronavirus so far among Gaza’s estimated two million residents.

But Ghazi Hamad, the official Hamas spokesman, denied there is any agreement in place to hold fire until the COVID-19 threat has passed. Lieutenant-Colonel Jonathan Conricus, a spokesman for the Israeli military, was also dismissive of the idea. “I won’t speculate on or entertain such ideas. We are focused on defending our borders and citizens and supporting the national effort to contain the spread of the virus,” he said.

Lt.-Col. Conricus said that as recently as March 2, an Israeli attack helicopter fired at Syrian army and Hezbollah militants suspected of preparing a cross-border attack in the Golan Heights.

The relative calm along Israel’s borders isn’t found in other parts of the region. Twice in the past 10 days, Iranian-backed militias in Iraq have fired missiles at U.S. military bases in the country. (Tehran’s militias continue to launch attacks despite the fact that Iran trails only Italy and China with 19,644 confirmed COVID-19 cases and 1,433 deaths as of Friday. Iranian Foreign Minister Mohammad Javad Zarif has called for the United States to lift sanctions that he says are hampering Iran’s ability to cope with the coronavirus crisis.)

Meanwhile in the besieged Syrian province of Idlib – where Turkish-backed rebels are battling the regime of President Bashar al-Assad, along with its Russian and Iranian allies – there’s no relief in sight for the estimated one million internally displaced people huddled in tents along the Syrian-Turkish border. The fighting has slowed since a March 5 ceasefire, but measures such as handwashing and social distancing are impossible in crowded refugee camps that lack running water and other supplies.

As with Gaza, there have been no recorded COVID-19 cases so far in Syria, Yemen or Libya, three countries that have seen their health and sanitation systems destroyed by long-running civil wars. Experts, however, believe the virus has likely arrived in all three but has gone undetected because of a lack of testing.

Basma Alloush, policy and advocacy adviser to the Norwegian Refugee Council, said the tightly packed refugee camps of the Middle East present “perfect conditions for the spread of this disease,” especially if things such as food, medicine and soap become harder for aid organizations to obtain. “Globally, we’re all fragile to this outbreak,” Ms. Alloush said. “But it’s important to keep in mind that we’re not equally fragile.” 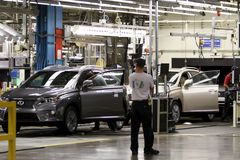