Egypt’s rulers, ancient and modern, have always had a penchant for megaprojects.

The pharaohs built the Pyramids and Luxor. In the 20th century, president Gamal Abdel Nasser built the mighty Aswan High Dam on the Nile. His successor, Anwar Sadat, constructed a new city – called Sadat City, of course – that was to be the new capital, though it fell well short of achieving that status.

Abdel Fattah el-Sisi is carrying on the tradition – and upping the ambition stakes, big time.

In 2015, two years after he ousted the democratically elected Mohamed Morsi as Egyptian president, he launched a project called the New Administrative Capital, or NAC, in the desert about 45 kilometres east of Cairo. It is roughly equivalent to Brasilia, the new city that replaced overcrowded Rio de Janeiro as the capital of Brazil in the 1960s. 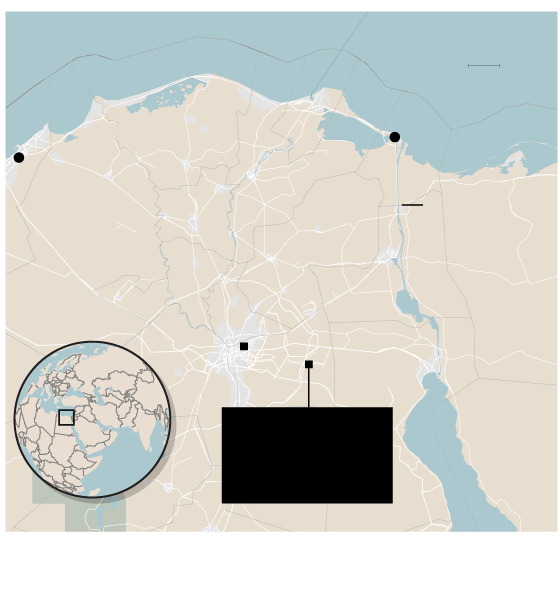 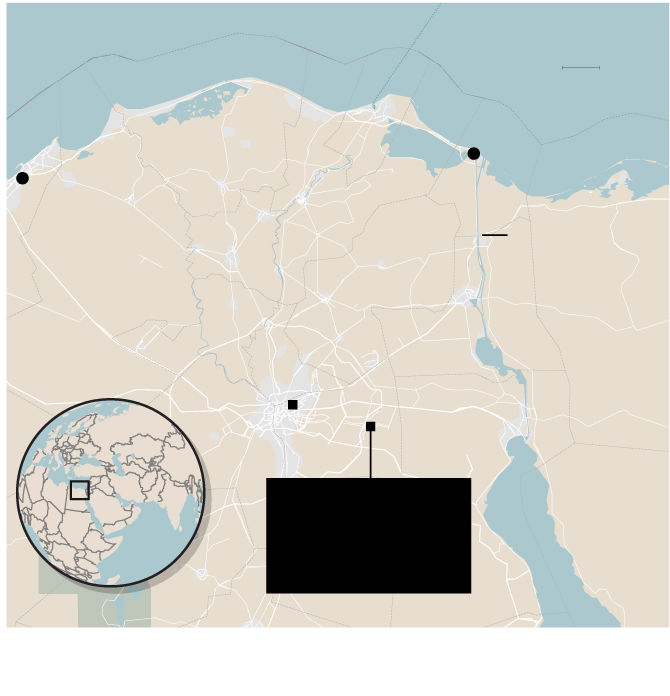 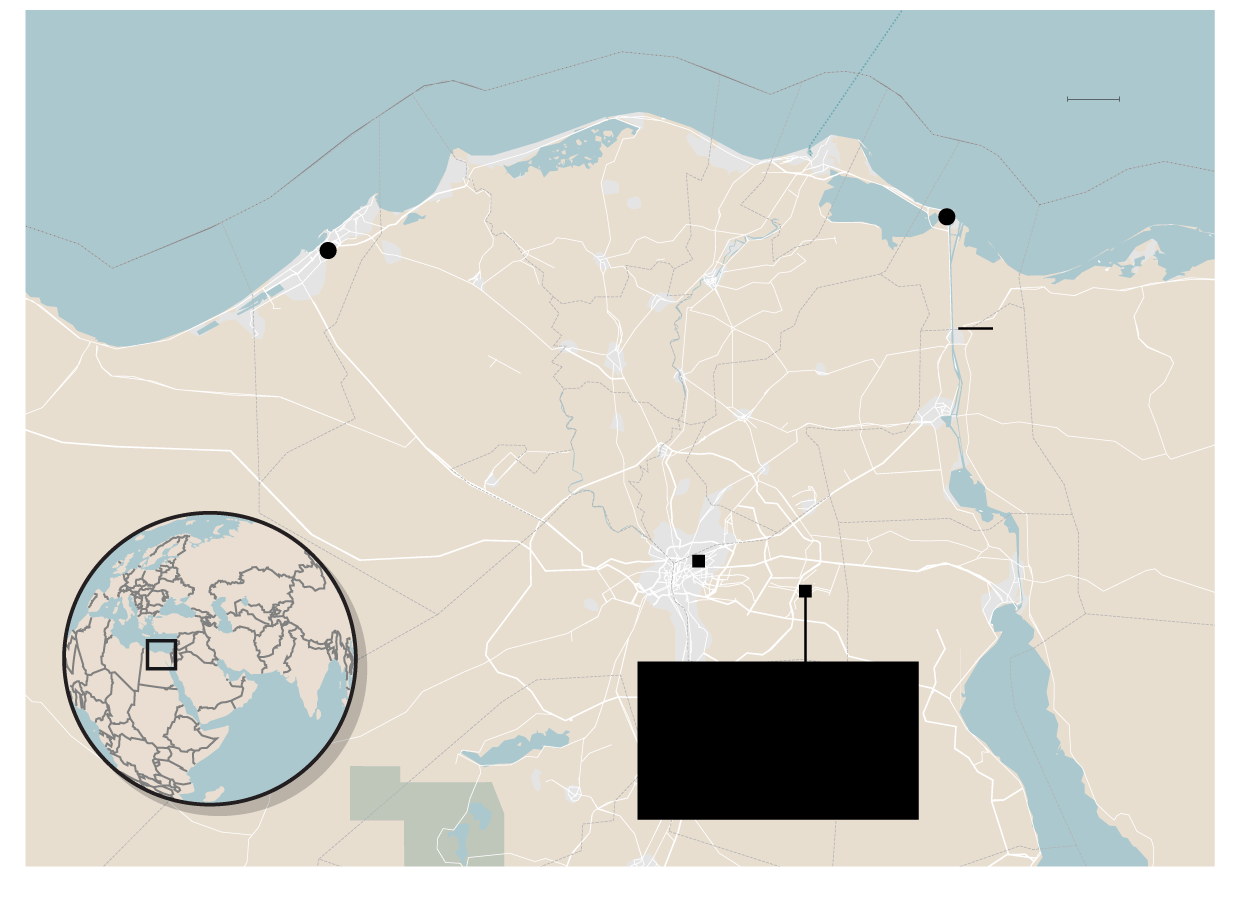 NAC is to become much more than Egypt’s new capital. It will also attempt to emerge as the country’s, maybe the entire region’s, main business centre and the Middle East’s biggest housing project, with apartments and villas for more than six million people.

That is, if it works.

When Mr. el-Sisi inaugurated NAC last March, he said the city represents the “birth of a new state,” an audacious statement that seemed to leave no wiggle room to define the city’s success.

Some critics have called NAC, which still has no name even though it is nearing completion, “el-Sisi’s vanity project.” Others think it will become a desert island for the relatively wealthy, leaving the poor to fester in the vast slums of nearby Cairo.

Still others think that NAC will be hard to fill with families or tech-savvy employees and entrepreneurs simply because it is not Cairo. Cairo, for all its epic problems – the noise, pollution, shabby infrastructure, obscene traffic and extreme population density – still has its charms, from an engaging cultural life to the beauty of the Nile.

NAC, when finished, will be almost the size of Singapore and is being billed as a “smart” and “sustainable” city that will correct all of Cairo’s faults. It will be wired with 5G technology and its buildings will be stuffed with the most efficient climate-control systems. It won’t be free of cars, but it will be connected to expensive new train networks and a fleet of natural-gas-powered buses. There will be parks and waterways, thanks to pipeline connections to the Nile, cultural centres, mosques and Coptic churches.

The NAC has three primary goals.

The first is to house all of the government’s ministries, including the parliament. That project – 34 buildings over 800 acres – is 97-per-cent completed, said Khaled el-Husseiny Soliman. The former brigadier-general is the spokesman for the Administrative Capital for Urban Development, the agency controlled by the Egyptian military and the Ministry of Housing that is overseeing NAC’s development. (In Egypt, the military controls much of the economy, from cattle ranches and gas stations to construction companies and TV channels).

The government buildings, done in a modernistic Pharaonic style, will cost about US$3-billion, he said.

The second is the “central business district,” which is being built by Chinese contractors and will be dominated by the Iconic Tower which, at 400 metres, will be tallest skyscraper in Africa. The 200-acre site will have 20 buildings, including one for the stock market. They are almost half-finished.

Finally, there are the residential areas that are designed to take some of the pressure off the Cairo megacity, whose metro area has a population of 22 million – and rising fast. Already open are several new mosques and the biggest cathedral in the Middle East, the Cathedral of the Nativity, which has a capacity of 10,000 worshippers; it was praised by Egypt’s Coptic Christians, who represent about 10 per cent of the population, as a symbol of a new era of religious tolerance.

Also open is the Universities of Canada in Egypt campus at NAC, which plays host to programs delivered by several Canadian universities.

In an interview with The Globe and Mail, Kamel el-Wazir, the lieutenant-general who is Minister of Transportation, said NAC will be connected to light-rail, elevated monorail and high-speed rail systems, which are among the most expensive aspects of the new city.

Will the city get a name? “We are seeking a name,” he said. “We may call it ‘Egypt’ ” (the country is officially the Arab Republic of Egypt).

Pacinthe Fahmy, a banking consultant, former banker and member of the Egyptian parliament – she was appointed by Mr. el-Sisi – said she thinks NAC will succeed because it will naturally attract corporations that find it difficult to operate in Cairo.

“You cannot fix Cairo,” she said in an interview. “It cannot accommodate more than eight million people and we now have 22 million. Foreign companies need to be in a technically sophisticated city. It is designed to attract the head offices of the region.”

The government has the power to order Egyptian banks to move to NAC for the simple reason that many of them, like Banque Misr, are state-controlled – they can’t say no. The government expects embassies to move there, too, but several diplomatic missions contacted by The Globe said they had no plans to bolt from Cairo, though they might open small symbolic offices in NAC.

Cairo is overwhelmed by road, bridge and office construction projects that are approved without proper reviews, critics say. For instance, a large green space on al-Warraq Island was handed to developers from the United Arab Emirates. Violent protests among the locals were put down by the police. Dozens of protesters, dismissed as terrorists, were sent to prison in 2020 and tens of thousands of the inhabitants were moved off the island.

One of the few political leaders who is willing to speak his mind about NAC is Basem Kamel, an engineer who is deputy leader of the Egyptian Social Democratic Party. The party was formed after the 2011 revolution and won 17 seats in the first postrevolution election, putting it in fourth spot in parliament. Today it has seven seats and considers itself the only real opposition party.

Mr. Kamel said NAC is the wrong priority in a country where education, health care and human development systems and programs are under great stress. “NAC will succeed, of course, because Sisi is ordering banks and everyone else to move there,” he said. “But is this what we should be spending our money on?”

He also notes that NAC’s true costs and financing arrangements are not known, since the project is controlled by the ultra-secretive military and overseen by Mr. el-Sisi himself. “There is no transparency,” he said.

But big urban developments always seem to rise in the Egyptian desert even if history has proven that some of them, like Sadat City, were poorly planned and not needed in the first place. “New cities are a tradition in Egypt,” Mr. Kamel said. “He visited Dubai and wanted to copy it.”