Mozambique, an impoverished country that has emerged as one of Africa’s hottest investment destinations, is preparing for pivotal elections on Tuesday that could decide the fate of a historic peace agreement and a potential economic boom.

Foreign investors, including Exxon Mobil and Anadarko, have announced plans for US$60-billion in liquefied natural gas projects in Mozambique – the biggest such investments in Africa, potentially transforming the country’s US$15-billion economy. But those plans could be jeopardized if the elections lead to renewed conflict over suspicions of vote-rigging.

The elections on Tuesday are expected to be the most competitive in Mozambique’s history. But analysts predict the long-ruling Frelimo party is likely to wield the advantages of incumbency to ensure victory over the opposition Renamo party, extending its 44 years in power. Some opposition supporters have suffered violent attacks in the lead-up to the election.

Two months ago, the parties signed a landmark peace agreement, ending a conflict that had flared into civil war from 1977 to 1992, killing about a million people after the country’s independence from Portuguese rule.

Renamo, the former rebel movement, was induced to sign the peace agreement by constitutional changes that could allow it to gain power in several regions of the country. (Regional governors will no longer be appointed by the central government.)

Frelimo gained only 52 per cent of the vote in municipal elections last year, raising Renamo’s hopes the ruling party might see its support drop below the majority mark in national elections.

But if Renamo is shut out of any regional victories, or if there is evidence of vote-rigging on Tuesday, the peace agreement could be imperiled by violent protests or a fresh outbreak of conflict. A breakaway faction of Renamo is already threatening to revive the civil war.

In one region of the country, about 300,000 “ghost voters” are alleged to have been illicitly registered on voter lists, making it easier for the government to control the outcome.

Thousands of independent observers have been unable to get official credentials to monitor the elections. And last week, election observer Anastancio Matavele was shot dead in the city of Xai-Xai after a training session for observers. Human-rights groups said he was killed by five police officers.

“The apparent involvement of police in killing an election observer is a chilling development that casts a dark shadow over the Mozambican elections,” Human Rights Watch said in a statement.

The organization has also documented other acts of election-related abuses, including the arbitrary arrest of opposition candidates and violent attacks on opposition supporters. “Election violence severely undermines the credibility of elections,” the group warned.

This year’s election campaign has been one of the most violent in Mozambique’s history, according to Zenaida Machado, a Mozambique researcher at Human Rights Watch. A climate of “impunity” is allowing the violence to continue, she said at a recent briefing by the Pretoria-based Institute for Security Studies.

Carlos Lopes, former executive secretary of the UN Economic Commission for Africa, has predicted Mozambique could become the richest country in Africa, with its massive gas reserves catapulting it into rapid growth.

But Mozambique’s investment boom is threatened by state corruption, which could prevent the potential benefits of the gas projects from reaching the vast majority of the country’s 30 million people.

It was revealed in 2016 that the government had secretly borrowed US$2-billion for a tuna-fishing scheme that never materialized, and much of the money disappeared. The former finance minister Manuel Chang was arrested in South Africa this year in connection with the corruption scandal. Prosecutors in the United States have indicted three former Credit Suisse bankers for alleged fraud in the scandal and are seeking to extradite Mr. Chang from South Africa.

The scandal led to a halt in financing from the International Monetary Fund and an economic slowdown in Mozambique.

Another challenge is a continuing violent insurgency in Mozambique’s northern province, Cabo Delgado, which is located near the sites of the planned gas projects. More than 400 civilians and military personnel have been killed in the insurgency over the past two years.

The motives for the insurgency have been murky, although Islamist extremism and economic marginalization are often cited as contributing factors. 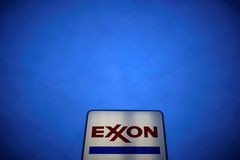 Pope Francis warns of dangers of corruption during mass in Mozambique 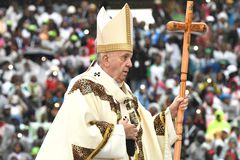 In Mozambique, a pact is reached, but prospects for peace remain uncertain 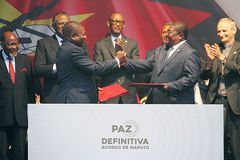