Elizabeth Warren has suspended her presidential bid, ending a run that once vaulted her to the top of the Democratic race thanks to her unrelenting energy, debate prowess and a bold economic vision that drew supporters wanting to make history by electing the first female president.

On Thursday, the Massachusetts senator, 70, was the last woman with a credible path to the White House to drop out of the Democratic primary, leaving two septuagenarian men leading a race that once fielded a historically diverse slate of candidates. Bernie Sanders and Joe Biden, who are locked in a tight battle for the nomination, will now intensely pursue her endorsement and her supporters.

A Harvard University law professor and bankruptcy expert, Ms. Warren launched her presidential bid little more than a year ago with a promise to tackle corruption, curb the power of Wall Street and big tech and deliver “big structural change” for working class families.

She overcame early criticism for claiming Native American ancestry and rose to the top of the polls last fall on the strength of a detailed platform of promises to hike taxes on the wealthy, break up technology giants and introduce universal childcare. “I have a plan for that,” became her catchphrase.

She formed a loyal base of grassroots supporters, appealing particularly to college-educated women. Her rallies featured long lines for selfies, and pinkie promises with young girls in which she told them to believe a woman could become president “because that’s what girls do.”

But Ms. Warren, who called herself a capitalist even as she railed against billionaires, also struggled to bridge the Democratic Party’s ideological divide. Her decision to back away from supporting the idea of a government-run health-care system appeared to hurt her among left-leaning voters. She drove a wedge between her supporters and those of her progressive ally Mr. Sanders when she accused him of suggesting a woman could not be elected president. With Democratic voters intensely focused on defeating President Donald Trump, Ms. Warren faced persistent concerns about her electability, finishing third in her home state on Tuesday.

Speaking on Thursday morning to supporters outside her home in Cambridge, Mass., Ms. Warren pledged to “stay in this fight,” while lamenting the barriers women continue to face when running for higher office.

“One of the hardest parts of this is all those pinkie promises, and all those little girls who are going to have to wait four more years,” she said, before expressing “a deep sense of gratitude for … every single person who just moved a little in their notion of what a president of the United States should look like."

Her campaign’s most lasting achievement may be her attacks on former New York mayor Michael Bloomberg, effectively hampering his candidacy by skewering the billionaire during televised debates over his past treatment of female employees. Mr. Bloomberg withdrew from the race on Wednesday. “I can think of one billionaire who has been denied the chance to buy this election,” she told campaign staff in a phone call on Thursday afternoon.

With her presidential run over, Ms. Warren is in a position to become kingmaker in the race between Mr. Biden and Mr. Sanders. While she won no state primaries or caucuses, she is set to receive the third-largest share of delegates so far. Her endorsement could prove pivotal if the race heads into a contested national nominating convention in the summer.

Ms. Warren spoke with both the Sanders and Biden campaigns on Tuesday night, but declined to endorse either on Thursday. “Let’s take a deep breath and spend a little time on that,” she said. “We don’t have to decide that this minute.”

While her progressive agenda aligned most closely with that of Mr. Sanders, a Morning Consult poll in January showed her supporters evenly split between the Vermont senator and the former vice-president for second choice.

But Ms. Warren’s exit from the race also creates a vexing question for a Democratic Party now relying on two older white men to generate enthusiasm among the party’s base of diverse and female voters.

Senior Democrats expressed dismay that a race that had six female candidates now has none. “I so wish that we had a woman president of the United States, and we came so close to doing that,” House Speaker Nancy Pelosi, the Democrats’ most senior elected official, told reporters on Thursday. “I do think there’s a certain element of misogyny.”

Even supporters at her rallies sometimes said they worried her professorial lectures on wealth inequality and corporate corruption might be off-putting to other voters, and questioned whether the country was ready to elect a female president. The results from Super Tuesday showed that many voters were falling back on traditional ideas about who is considered electable enough.

“If you did a postmortem on how to organize, and how to put together proper and well-thought-out policies and proposals, and how to plan out your grassroots organization – she did very well on everything,” said Jane Junn, professor of political science and gender studies at the University of Southern California. “What she wasn’t was a man.” 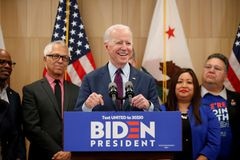 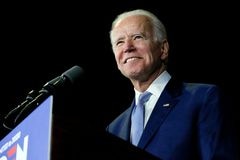 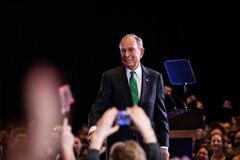