For years, Laure Mekamne was besieged by forest elephants. She banged on steel barrels to drive them away. She lit fires. She moved her vegetable crops to a more easily guarded plot behind her village house. Nothing worked.

Last year, she finally found some peace. National parks officials built a solar-powered electric fence to deter elephants from entering a 34-hectare site near her village in central Gabon. Dozens of farmers planted their crops inside the safety of the fence. Their harvests quickly recovered, and Ms. Mekamne now has enough income to pay for school tuition for her grandchildren.

Fourteen electric fences have been built across Gabon to protect farmers from rampaging elephants, but the fences are so expensive to build and maintain that they are not a sustainable solution. The dilemma is that the critically endangered elephants must be protected – and they play a key role in preserving the rain forests and fighting climate change – but they are also a growing threat to village life, which inflicts damage on public support for the government’s conservation strategy.

Villagers in this equatorial African country are increasingly resentful of the national parks for harbouring the elephants that threaten their crops. The conflict with elephants has become a major political issue. Large-scale protests have erupted, sometimes accompanied by violence.

Two decades ago, Gabon won global praise for its decision to create 13 national parks, covering 11 per cent of its territory, where logging would be banned and wildlife conserved. The parks help to protect the vast rain forests of Africa’s Congo Basin, which absorb huge amounts of carbon from the atmosphere, contributing to the global fight against climate change. Because of its forests, Gabon is a net absorber of an estimated 100 million tonnes of carbon dioxide annually.

The parks also have a crucial role in protecting one of the world’s last remaining free-roaming populations of forest elephants, a species that was recently declared to be critically endangered.

Forest elephants are smaller and more elusive than the better-known savanna elephants of East Africa and Southern Africa. By eating fruit and dispersing their seeds, and by thinning the forests so that bigger trees can grow, forest elephants are vital for the survival of Central Africa’s rain forests.

But the conflict between humans and elephants has shown the complexity of the conservation issue. Farmers have become so angry at the crop destruction that they accuse Gabon’s government of favouring animals over people. Some politicians, catering to the mood, have pledged to kill the elephants. Environmentalists are desperately searching for solutions to restore support for the parks.

“There are signs of revolt,” said Narcisse Moukoumou, deputy warden of Lopé National Park, who helped build and maintain the electric fences that protect the farmers near the park. “The Gabonese population is in distress,” he told The Globe and Mail, describing the damage caused by the elephants. “People aren’t able to eat. All their labour is being wasted. It’s getting worse and worse.” 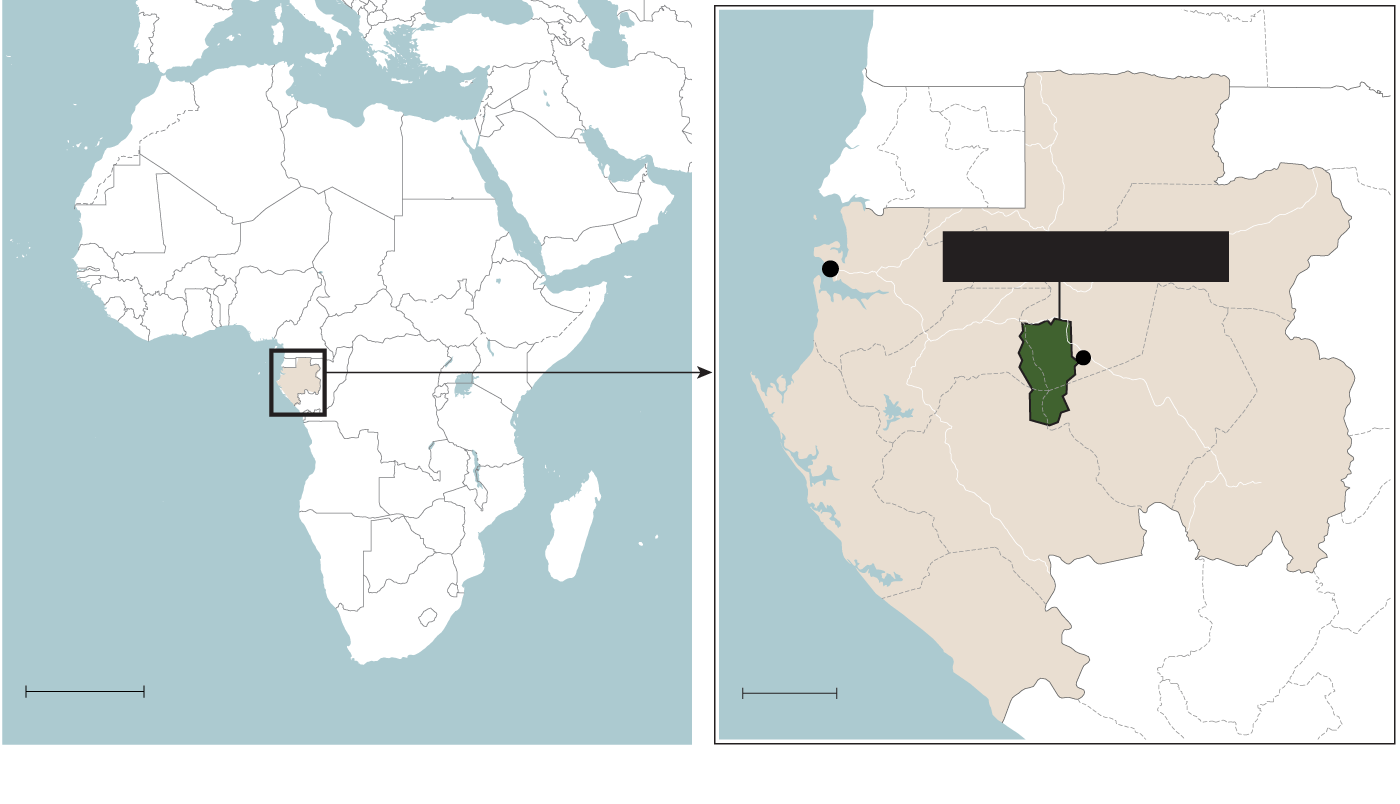 Space for Giants, an elephant conservation organization, helped to plan and finance the electric fence project. But its Gabon program director, Eric Chehoski, warns that the problem is too big to be fixed by a few large fences, which cost an average of US$100,000 to build and can be difficult to maintain in the fast-growing bush. More than half of Gabon’s 2,500 rural communities – and even some of its larger towns – have been affected by elephant damage, he said.

“It’s undermining the country’s conservation policy,” he said. “It’s a very serious situation, and we’re treating it as a crisis. The need by the farmers far outstrips the capacity to put up these fences in a short period of time.”

Forest elephants can destroy a farmer’s entire harvest in a single night. They have also killed eight people and seriously injured 15 others over the past two years in Gabon. Solutions are not obvious. Researchers in one region of Gabon tried an experiment in which they coated mangos with hot chili-pepper concentrate. The elephants simply swallowed the mangos, carefully avoiding contact with their eyes.

Mr. Chehoski favours a new strategy: smaller and more mobile electric fences, perhaps just one or two strands of wire strung between trees, which can be rolled out cheaply across the country to protect thousands of farmers. “We need mobile units that can respond in a rapid way,” he said.

There is little question that the fences in places like Lopé have helped many farmers to survive. “This fence has made a huge difference,” said Brigitte Moussavou, a 47-year-old farmer who grows bananas, peanuts, potatoes, maize, peppers, pineapple and other crops in her half-hectare plot inside the fence. Before the fence was built, she tried to grow crops at her village home, so that she could guard her land. “But the elephants came anyway,” she told The Globe.

After moving inside the fence, her income has more than doubled, she said. “I’m very relieved now. Everyone is very happy.”

The fences are also protecting the lives of the elephants. When elephants destroy crops and threaten human lives, villagers have a legal right to kill the endangered animals under “legitimate defence” laws.

From 2015 to 2017, eight elephants were killed by farmers in three villages near Lopé National Park under the “legitimate defence” provisions. But beginning in 2017, electric fences were provided near the three villages, the farmers were protected, and no elephants were killed, according to statistics kept by Mr. Moukoumou. He also recorded a steep decline in complaints about elephant damage, and a drop in the number of hectares of farmland destroyed by the elephants. “The fences clearly protect the elephants as well as the farms,” he said.

A century ago, more than a million forest elephants roamed across Central Africa and West Africa. But the number has declined drastically in the past four decades, largely because of habitat loss and poaching for the illegal ivory trade. Their habitat has shrunk to one-quarter of its previous size. When scientists counted the forest elephants in a reserve in Cameroon, they found a 70-per-cent drop since 1995, with as few as 220 elephants remaining.

Until recently, studies estimated that fewer than 100,000 forest elephants still survived, with about half of them in Gabon. But because they are often hidden in dense vegetation, forest elephants are difficult to count in aerial surveys. A new unpublished study, using different methodology, has suggested that Gabon alone might have as many as 90,000 forest elephants. The new study gives greater hope for the species – and greater urgency for the fight to protect them.

Research published by the International Monetary Fund concluded that the forest elephants are providing a total value of US$150-billion in “carbon capture services.” That’s because the foraging elephants are thinning the dense vegetation of the forests, allowing bigger and taller trees to have better access to water and light, which promotes their growth. These trees, with their greater biomass, can then capture more carbon from the atmosphere.

“This process, which has only recently been documented by biologists, is extraordinary,” the researchers said in an IMF journal. “The increase in carbon storage caused by forest elephant activity is huge – as well as valuable.”

But while the forest elephants help in the fight against climate change, they also seem to be its victims as well. Recent studies have found that fruit production by trees in Lopé National Park has been severely reduced in recent decades, probably because of higher temperatures and reduced rainfall. This, in turn, seems to be making the elephants thinner, and perhaps more likely to raid farmers for food.

“We’re seeing signs of thinness in the ribs and the backbone,” said Brice Momboua, a scientist who has been working at a research station inside Lopé National Park for the past three years. Using camera traps and other monitoring methods, the research station studies the forest elephants and hundreds of tree species. Its cameras have collected thousands of photos of more than 60 different elephants. “Since 2018, I’ve noticed a difference in the elephants,” Mr. Momboua told The Globe. “We’re seeing groups of elephants where all of them are small.”

Some of the trees, meanwhile, seem to be producing fewer fruit or smaller fruit, and their nutritional value could be lower, he said. “The fruits are not becoming fully formed before they fall from the tree,” he said.

A long-term study, published in the journal Science last December, found a massive collapse in flowering and fruiting by trees in Lopé park. From 1986 to 2018, there was an 81-per-cent drop in the availability of ripe fruit, so elephants had to search more than 50 trees to find the same fruit that they found in 10 trees in the 1980s.

Simultaneously, there has been an 11-per-cent decline in the physical condition of forest elephants in Lopé since 2008, based on the evidence from photos gathered by the research station. “Fruit famine in one of the last strongholds for African forest elephants should raise concern about the ability of this species and other fruit-dependent megafauna to persist in the long term,” the study warned.

The authors could not say with certainty that the trends were a result of climate change. But the circumstantial evidence is strong. A separate study found a warming and drying trend at Lopé, with an increase of almost 1 degree C in average nighttime temperatures over the past three decades. 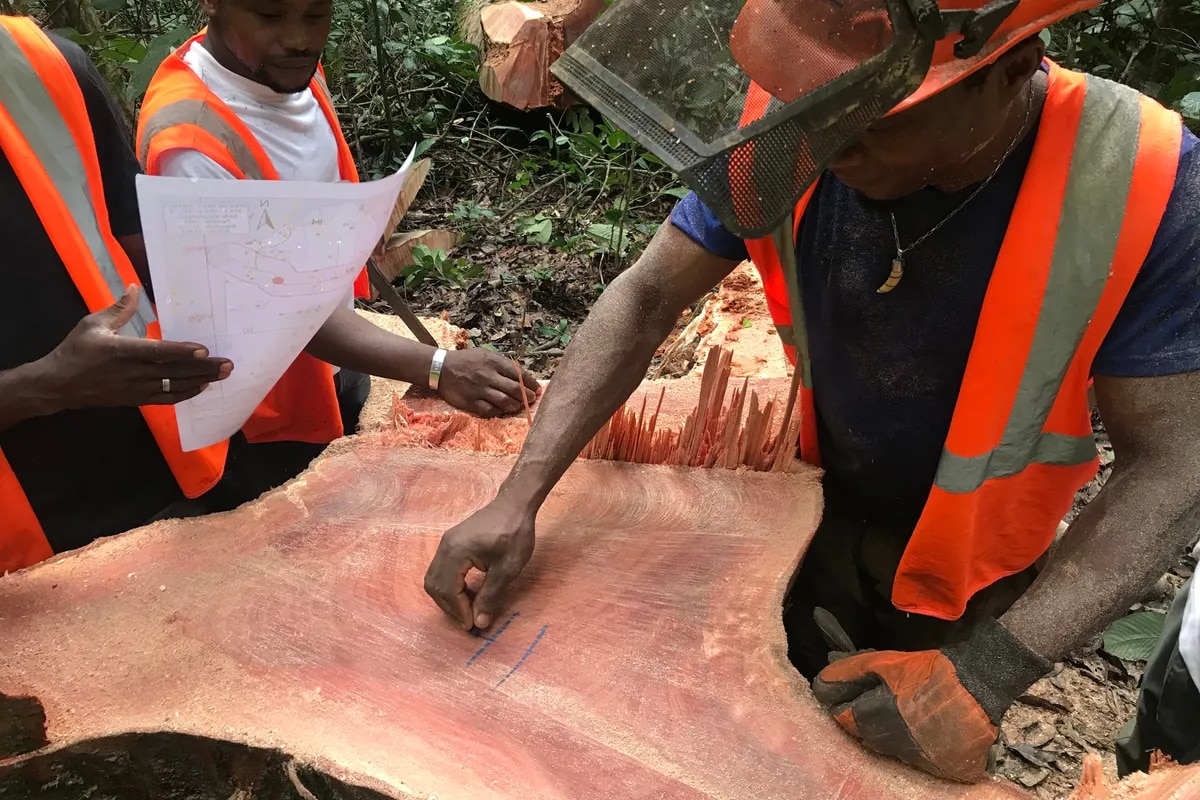 The Globe in Gabon: A look at deforestation done well

To keep its rain forests from disappearing, this Central African country sets strict limits on logging and how lumber can be sold. For many countries at COP26, it offers a model for how they can make their economies greener. Geoffrey York reports