The nose of a Boeing 737 Max 8 airplane was pushed downward four separate times by an automated control system in the final four minutes before its deadly crash in Ethiopia, an official investigation has found.

The wave of malfunctions began just two minutes after the plane’s takeoff from Addis Ababa, with faulty data from a sensor leading to the repeated dives by the airplane, while its captain shouted “pull up, pull up” to his co-pilot, the preliminary report shows.

The new Max 8 plane slammed into the ground just six minutes after takeoff, killing everyone on board. Flight recorders showed that it had reached a terrifying speed of 925 kilometres an hour on its final dive.

Eighteen Canadians were among the 157 passengers and crew from more than 30 countries who were killed in the crash on March 10. It was the second deadly crash of a Max 8 aircraft in the past six months. Both planes were newly manufactured aircraft that crashed within a few minutes of takeoff.

In a statement on Thursday, Boeing Co. said the report confirmed that the Max 8 in Ethiopia had the same malfunction as an Indonesian Lion Air Max 8 that crashed in October, killing 189 people: “An erroneous angle of attack sensor input that activated the Maneuvering Characteristics Augmentation System (MCAS) function during the flight.” 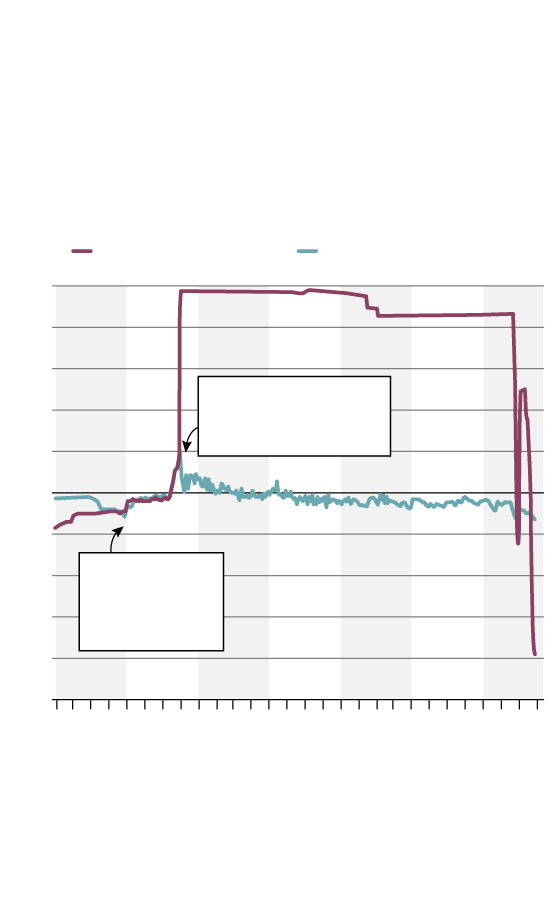 Divergence in angle of attack

Shortly after takeoff, one of the two angle of

attack sensors that feed data to the plane’s

incidents by the automated-control system.

THE GLOBE AND MAIL, SOURCE: Ethiopia 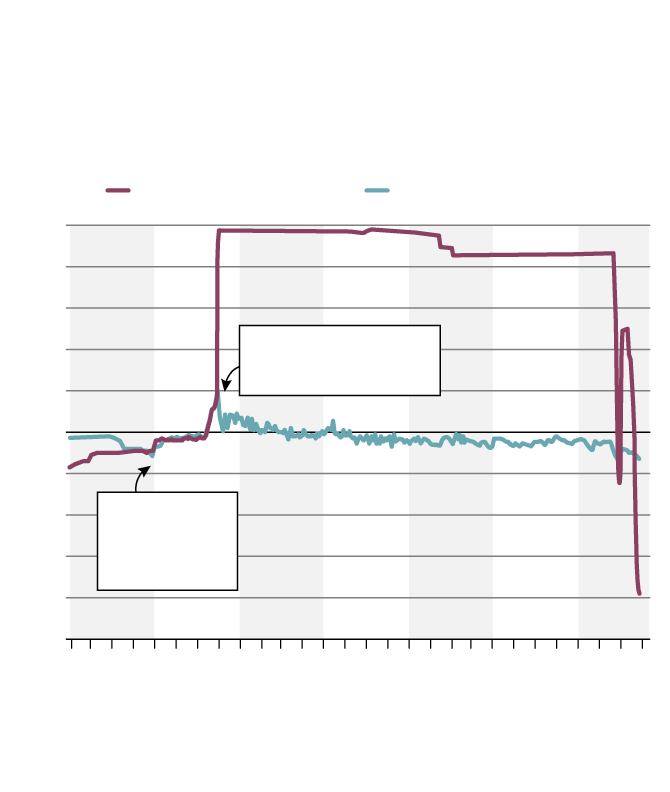 Shortly after takeoff, one of the two angle of attack sen-

sors that feed data to the plane’s anti-stall system (MCAS),

began to diverge. The faulty information led to multiple

nose-down incidents by the automated-control system.

THE GLOBE AND MAIL, SOURCE: Ethiopia Ministry of 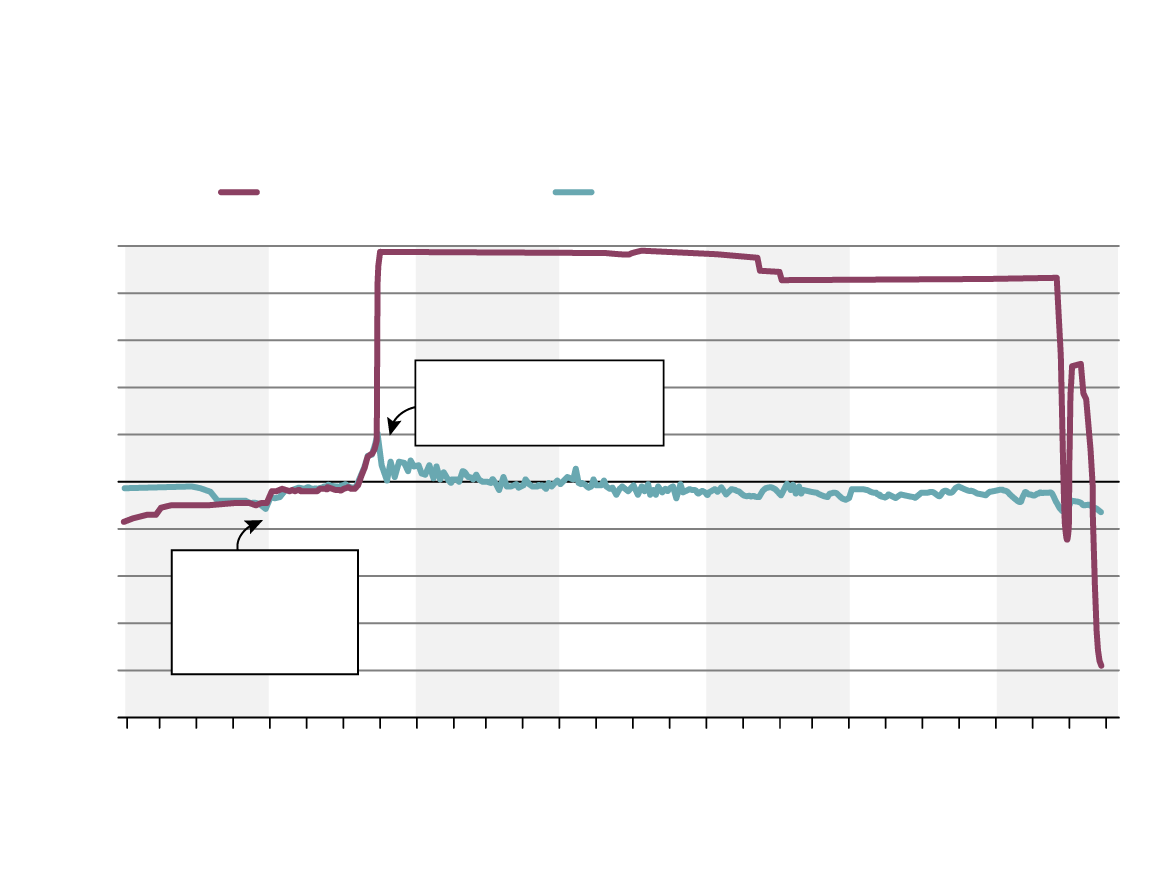 Shortly after takeoff, one of the two angle of attack sensors that feed data to the

Countries around the world, including Canada, grounded their Max 8 aircraft within days of the Ethiopian crash.

The preliminary report recommends that Boeing review the Max 8 flight-control system and that regulators confirm that any problems have been fully fixed before the U.S. company’s best-selling aircraft is allowed to fly again.

Ethiopian Airlines, in its own summary of the preliminary report, said its pilots had followed all of Boeing’s recommended emergency procedures and were unable to prevent the “persistence” of “nose diving” by the airplane.

The airline and the Ethiopian government, both citing the report, said the air crew had repeatedly struggled to control the aircraft and had fully complied with all of the emergency procedures provided by Boeing and approved by U.S. regulators.

“The crew performed all the procedures repeatedly provided by the manufacturer but was not able to control the aircraft,” Transport Minister Dagmawit Moges told a news conference in Addis Ababa.

The plane’s takeoff had seemed completely normal, but it then suffered “repetitive uncommanded aircraft nose-down conditions,” she said.

Ethiopian Airlines said the preliminary report “clearly showed” that the pilots had fully complied with the emergency procedures that had been recommended by Boeing and approved by the U.S. Federal Aviation Administration (FAA) for handling “the most difficult emergency situation” on the Max 8.

The airline’s chief executive officer, Tewolde Gebremariam, said in a statement, “We are very proud of our pilots’ compliances to follow the emergency procedures and high level of professional performances in such extremely difficult situations.”

A final report is expected within a year.

Opinion: Mandating all airplane safety features? Be careful what you wish for

Boeing said in its statement Thursday it will review the preliminary report and “take any and all additional steps necessary to enhance the safety of our aircraft.”

Boeing said it is working on changes to prevent the apparent cause of the crash, noting the Ethiopian plane’s flight data recorder indicated an incorrect-angle-of-attack sensor triggered the Maneuvering Characteristics Augmentation System, similar to the Lion Air crash in October.

“To ensure unintended MCAS activation will not occur again, Boeing has developed and is planning to release a software update to MCAS and an associated comprehensive pilot training and supplementary education program for the 737 Max,” Boeing said, referring to its March 27 announcement. ”The update adds additional layers of protection and will prevent erroneous data from causing MCAS activation. Flight crews will always have the ability to override MCAS and manually control the airplane.”

In a statement, Boeing CEO Dennis Muilenburg said the company is taking a methodical, careful approach to the software update, and will not rush the process.

“The full details of what happened in the two accidents will be issued by the government authorities in the final reports, but, with the release of the preliminary report of the Ethiopian Airlines Flight 302 accident investigation, it’s apparent that in both flights [the MCAS] activated in response to erroneous-angle-of-attack information,” Mr. Muilenburg said.

“The history of our industry shows most accidents are caused by a chain of events. This again is the case here, and we know we can break one of those chain links in these two accidents. As pilots have told us, erroneous activation of the MCAS function can add to what is already a high workload environment. It’s our responsibility to eliminate this risk. We own it and we know how to do it.”

Mr. Muilenburg said Boeing is sorry for the loss of lives caused by the recent crashes of the company’s planes. “I cannot remember a more heart-wrenching time in my career with this great company,” he said.

Boeing is working with the FAA and global flight regulators, including Transport Canada, on the development and approval of the software changes, and new training for Max pilots.

The FAA waited three days after the March 10 Ethiopian crash to ground the Max fleet, after every other major regulator had done so. Canada also drew criticism for waiting until March 13 to ban the planes from taking off, landing or using Canadian airspace.

The FAA, in the week following the Oct. 29 crash of the Lion Air 737 Max 8, issued an emergency safety notice to owners and operators of the planes highlighting the safety problem with the aircraft. The bulletin warned if the plane’s air-flow sensor reports erroneous data to the flight-control system, the plane’s horizontal stabilizer system could repeatedly force the nose of the plane down. “This condition, if not addressed, could cause the flight crew to have difficulty controlling the airplane, and lead to excessive nose-down attitude, significant altitude loss, and possible impact with the terrain.” It ordered airlines to update the operating manuals with new procedures.

The grounding of the global fleet of 737 Max aircraft has caused travel chaos in Canada and other countries.

Both major Canadian airlines, Air Canada and WestJet, cancelled flights and some routes, retooled their schedules and relied on other airlines to replace the grounded planes. The airlines have suspended their financial guidance for 2019 in response to the loss of capacity.

Air Canada’s 190-plane fleet includes 24 of the Max models, and it had expected to receive six more in March and April. To replace the grounded planes, Air Canada leased a plane from Air Transat and is speeding up the delivery of four Airbus planes it bought from Wow Airlines, the Icelandic carrier that ceased operations last week.

Peter Fitzpatrick, a spokesman for Air Canada, declined to comment on the Ethiopian report, other than to say the Montreal-based carrier “continues to monitor developments and await results.”

WestJet’s 181-plane fleet includes 13 Max planes. The Calgary-based carrier was set to receive another two this year, but those plans are on hold until Boeing lifts its suspension of deliveries, pending the control updates and regulatory approvals.

“The Boeing Max joined our fleet in 2017 and has performed safely, reliably and efficiently and remains a vital part of the fleet,” said Morgan Bell, a WestJet spokeswoman.