European Union leaders have agreed to delay Britain’s departure from the bloc until Oct. 31, handing British Prime Minister Theresa May some badly needed breathing room to win parliamentary approval for her Brexit deal.

EU leaders met for more than six hours on Wednesday in Brussels to discuss a request by Ms. May to delay Brexit until June 30. Britain had been scheduled to leave the EU on Friday, but Ms. May said she needed more time to break the deadlock over the withdrawal agreement. Under the new deadline, EU leaders indicated that Britain could leave before Oct. 31 if Ms. May managed to win approval for the withdrawal agreement earlier. If that happened in the next few weeks, Britain wouldn’t have to participate in elections to the European Parliament, which begin on May 23.

"I know that there is huge frustration from many people that I had to request this extension,” Ms. May said after the meeting. "The U.K. should have left the EU by now and I sincerely regret the fact that I have not yet been able to persuade Parliament to approve a deal which would allow the U.K. to leave in a smooth and orderly way. But the choices we now face are stark and the timetable is clear.” She added that if an agreement can be struck, the country could still leave before June.

Six months “could be enough for a good solution if there is goodwill and majority for such solutions in London, in the House of Commons,” said Donald Tusk, president of the European Council, which represents leaders. In a warning to Ms. May, he added: “Please do not waste this time.”

In Aberdeen, Brexit is a storm of bad news – but it could fill the sails of Scotland’s independence movement

While the extension gives Ms. May more time, it does little to resolve the many problems she faces getting Parliament to approve the withdrawal agreement she struck with the EU last November. The agreement has been rejected by Parliament three times and last week Ms. May reached out to Labour Party Leader Jeremy Corbyn to find a way forward. Despite five days of talks, which resume on Thursday, there has been little progress. "There is the potential of a deal, but so far, we’ve still got some fundamental disagreements about the nature of our future relationship with Europe,” Labour MP John McDonnell said on Wednesday.

If those talks fail, Ms. May has said she will let members of Parliament vote on alternatives that could include a second referendum or revoking Brexit. It’s not clear how long a referendum would take to organize and Ms. May has been adamantly opposed to holding another vote on Brexit. Allowing MPs to decide the way forward would also mean Britain would almost certainly have to participate in European parliamentary elections, something Ms. May has also repeatedly said she does not want to do.

Ms. May also faces a mounting backlash from members of her Conservative party caucus. Many Tories are furious at the prospect of participating in European elections given that the country voted to leave the EU nearly three years ago. They’re also worried about Mr. Corbyn’s proposal to keep Britain inside the EU’s customs union, which allows for the free movement of goods among members states. EU leaders have been open to the idea but a large number of Tory MPs see remaining in the customs union as a betrayal of Brexit. In their eyes, that would keep Britain bound to the EU indefinitely and it would prevent the country from having its own trade policy because all members of the customs union must impose the same external tariffs. Ms. May has been cool to the idea in the past but she has been discussing it with Mr. Corbyn. On Wednesday, Foreign Secretary Jeremy Hunt said he opposed the idea. “A customs union would not work for a large economy the size of the U.K. … I don’t think it’s the right solution,” Mr. Hunt told ITV.

The notion of another delay to Brexit has also renewed attacks on Ms. May’s leadership. While she survived a vote of non-confidence among Tory MPs last December, a group of Tories is trying to stage another vote. Under party rules, Ms. May’s leadership cannot be challenged again until December, but some Tories want to force her out. “We simply cannot go on like this, with a weak leader, a riven cabinet and a party in despair,” Tory MP Mark Francois said in a letter sent this week to the head of a backbench committee of Tory MPs. Mr. Francois called for an “indicative vote” on Ms. May’s leadership to give MPs a chance to voice their disapproval. “I believe Theresa May has been a failure as leader of our party, which she now threatens to destroy,” he added.

EU leaders came into Wednesday’s meeting exasperated at having to consider a second delay to Brexit, which was initially supposed to happen on March 29 and then got delayed to April 12 at Ms. May’s request. At first, most leaders seemed prepared to agree on a delay of up to a year, partly in the hope that Britain might hold another referendum on Brexit. The one holdout was French President Emmanuel Macron. ”The British people have chosen to leave the European Union,” Mr. Macron said before the meeting. “I regret this choice, it was not what I wanted. But it is not up to us to challenge it or in some way to do everything to prevent it from happening." In the end, he agreed to the Oct. 31 deadline. 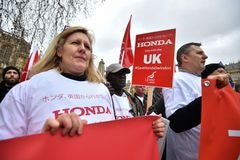 In Aberdeen, Brexit is a storm of bad news – but it could fill the sails of Scotland’s independence movement
April 10, 2019 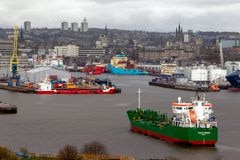 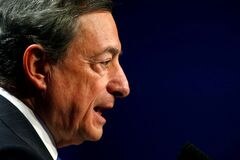