Britain and the European Union appeared close to clinching a long-elusive trade agreement on Wednesday, raising hopes that they were now set to avoid a turbulent economic rupture on New Year’s Day.

A senior British government source said Prime Minister Boris Johnson was poised to do a trade deal with the EU, after media reports said the agreement had already been done, just over a week before Britain completes its journey out of the bloc.

But there was no official confirmation from either side that the months of negotiations had reached a conclusion.

A source at the EU’s executive Commission said talks were still under way – though in their “final stages” – and one EU official cautioned against excluding the risk of a “no deal” scenario on Jan. 1.

Still, three diplomatic sources in the bloc said that member states had started to prepare their procedure to implement any deal from Jan. 1, if one was agreed.

Since formally leaving the EU on Jan. 31, the United Kingdom has been negotiating a free trade deal with the 27-member bloc in an attempt to ease its exit from the EU’s single market and customs union at the end of this year.

An accord would ensure that the goods trade that makes up half of annual EU-U.K. commerce, worth nearly a trillion dollars in all, remains free of tariffs and quotas.

One senior EU diplomat, who spoke on condition of anonymity, said a provisional application of the deal with effect from Jan. 1 would need to be approved by member states because there was not enough time for the European Parliament to ratify it.

Much earlier in the day, British Housing Secretary Robert Jenrick said two significant issues – fishing and competition – still remained to be resolved and that there had not been sufficient progress for a deal.

However, a French official said that the British had made “huge concessions” in negotiations over the past 48 hours, mostly on access to fishing in its waters.

Sterling jumped more than 1.1 per cent against the dollar on perceived prospects of a deal while bond yields rose, and prices fell, in Britain, Europe and the United States.

The U.K. casts off into the unknown on Dec. 31 after a stormy 48-year liaison with the Franco-German-led project that sought to bind the ruined countries of post-Second World War Europe into a global power.

The scale of potential Brexit disruption has been laid bare since France closed its borders to Britain for 48 hours citing a new coronavirus variant, stranding thousands of furious European truckers in southern England and disrupting food supplies.

Irish Prime Minister Micheal Martin said the gap on one of the most emotive issues – how much fish EU boats could catch in British waters – was still wide.

But he told the national broadcaster RTE: “I think, given the progress that has been made, that there should be a deal. … A ‘no-deal’ would be an appalling shock to the economic system on top of COVID-19.”

Ultimately, any decision on a deal will be political. At the heart of the talks have been two competing ideologies.

Mr. Johnson, the face of Britain’s 2016 referendum campaign to leave the EU, has long said he cannot accept any deal that does not respect the country’s sovereignty, a goal that was at the heart of his election last year.

But the EU is equally determined to protect its lucrative single market and wants to prevent London securing what it considers to be the best of both worlds – preferential market access with the advantage of setting its own rules.

This was played out in two issues – so-called “level playing field” guarantees and fisheries.

The level playing field is trade jargon for ensuring fair competition. EU leaders have long feared that after Brexit, the U.K. could ease regulation to undercut competitors and thus gouge EU market share. Enforcement is a key issue.

The two sides are also haggling over just how much EU fishing boats can catch in Britain’s waters: essentially how many sole, sand eels and mackerel boats from EU member states can haul in each year, and when and how to renew such agreements. 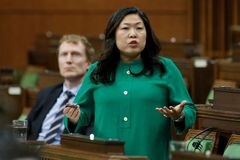