European governments are working with the United States on plans to overhaul the World Health Organization, a top health official for a European country said, signalling that Europe shares some of the concerns that led Washington to say it would quit.

The European health official, who spoke on condition of anonymity while discussing initiatives that are not public, said Britain, France, Germany and Italy were discussing WHO reforms with the United States at the technical level.

The aim, the official said, was to ensure WHO’s independence, an apparent reference to allegations that the body was too close to China during its initial response to the coronavirus crisis early this year.

“We are discussing ways to separate WHO’s emergency management mechanism from any single country influence,” said the official.

Reforms would involve changing the WHO’s funding system to make it more long-term, the official said. The WHO now operates on a two-year budget, which “could hurt WHO’s independence” if it has to raise funds from donor countries in the middle of an emergency, the official said.

U.S. President Donald Trump has accused the WHO of being too close to China and announced plans to quit and withdraw funding.

European countries have occasionally called for reform of the WHO but have generally shielded the organization from the most intense criticism by Washington. In public the European position has usually been that any reform should come only after an evaluation of the response to the coronavirus crisis.

But minutes of a video conference of EU health ministers last week suggested European countries were taking a stronger line and also seeking more European influence at the WHO in future. The German and French ministers told their colleagues “an evaluation and reform of the WHO was needed”, the minutes said.

That was stronger wording than in a resolution last month which the EU drafted and which was adopted by all 192 WHO member countries. That resolution called for an evaluation of the response to the coronavirus crisis, but it stopped short of calling for reforms.

The German and French ministers also told their colleagues “The EU and its MS (member states) should play a bigger role at the global level,” the minutes showed.

A spokesperson for the German health ministry said Berlin sought stronger engagement with the WHO ahead of Germany taking over the EU presidency on July 1.

A German government source told Reuters the aim of the intervention at the health ministers’ meeting was to encourage debate among EU member states about how to reform the WHO. Asked whether Germany was now pushing for quicker changes, instead of waiting until after the crisis, the official said: “Reforms of international organisations normally take years, not months.”

A French health ministry spokesman also said the WHO would be on the agenda of Germany’s presidency of the EU, and Paris would work on it with Berlin. France backed WHO reform but changes should follow the evaluation of the organization’s handling of the COVID-19 crisis, he said.

A British government spokesperson said Britain worked with organisations including the WHO “to encourage and support transparency, efficiency and good management.”

The U.S. Department of Health and Human Services and the WHO did not respond to requests for comment.

The WHO drew criticism for public praise of China’s efforts to combat the disease in the early days of the crisis, even as evidence emerged that Chinese officials had silenced whistleblowers.

The EU and its governments funded around 11 per cent of the WHO’s $5.6-billion budget in the 2018-19 period, and the United States provided more than 15 per cent. China covered just 0.2 per cent. 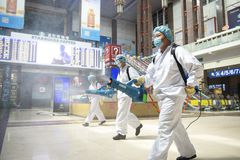 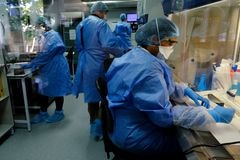 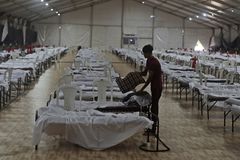