The European Union elections propelled the Green parties from the political fringe to the political core, making them in effect the new left and a formidable power in the EU Parliament.

The Greens were big winners in Sunday’s election, especially among young voters. They placed second in Germany, Ireland and Finland and third in France and Luxembourg. In Britain, they placed a respectable fourth, just behind the Labour Party, pushing the ruling Conservatives into the humiliating fifth position. A Green candidate placed first in Dublin.

The green wave will give the parties an estimated 69 seats in the 751-member European Parliament, up from 52 (some poll counts were still under way on Tuesday). Their electoral success came largely at the expense of the mainstream centre-left parties, which, together with the traditional centre-right parties, lost their combined majority in Parliament for the first time since 1979, when EU elections began.

Crucially, the Green bloc will be just a few seats short of the estimated 71 held by the far-right, nationalist bloc known as the European Alliance of People and Nations and led by Italian Deputy Prime Minister Matteo Salvini, whose anti-migrant League party placed first in Italy. The Green bloc’s newfound clout will make them coveted coalition partners – for a price: In exchange for their loyalty, they will demand respect for their agenda of social justice, civil liberties, pacifism and, above all, action on climate change.

“In exchange for Green policy, we are ready to play a constructive role in the building of a majority [in Parliament],” said Sven Giegold, the lead candidate for Parliament’s Green alliance, in a statement after the election. “From now on, the other parties can no longer just talk climate protection, they must also act for climate protection. … The European Union must now become a climate and social union.”

In perhaps the ultimate compliment, Alexander Gauland, co-leader of the far-right, ultranationalist Alternative for Germany party – the main opposition in the German parliament, whose success in the 2017 election embarrassed Chancellor Angela Merkel – declared the Greens “our main enemy.”

Other European politicians said the Green parties’ rise will change the debate in Parliament. “It’s a clear message from the public that they want us to do more on climate action – and we’ve got the message,” Irish Prime Minister Leo Varadkar tweeted.

The Greens’ strong showing in the election – especially in Germany, where they doubled their share of the vote to almost 21 per cent – did not come as a shock. The centre-left Social Democratic Party (SPD), the junior partner in Ms. Merkel’s ruling coalition, has been in freefall in recent years. Millions of voters who are giving up on the SPD appear to be gravitating to the Greens.

“The Greens in Germany are an established party of the centre-left and they have benefited from the weakness in the Social Democrats,” Christian Odendahl, chief economist for Berlin’s Centre for European Reform, said in an interview. “The environmental issues came out on top in the election. Climate change is a very visible issue in Germany, and the Social Democrats had trouble positioning themselves on the climate debate.”

Germany’s Greens, and for that matter Europe’s Greens, did not come out of nowhere. Unlike North America’s tiny Green political movement (Canada’s Parliament has just two Green MPs), European Greens have a fairly long political history and, in some countries, notably Germany, have developed sophisticated electioneering machines.

In Germany, they began as an environmental and peace activist party in the early 1980s, built themselves into a small political force and entered parliament for the first time in 1983. From 1998 to 2005, they were the junior coalition partner in the SPD government of chancellor Gerhard Schroeder. In addition to national representation, they have seats or are part of ruling coalitions in most of the country’s 16 state legislatures.

Their appeal broadened as they shed their status as a mere radical protest party, moving closer to the centre-left. In recent years, they have exploited the rising fear about the potentially catastrophic effects of climate change. Their cause has been helped by climate activists such as Greta Thunberg, the Swedish teenager who has inspired hundreds of thousands of young people around the world to skip school or march in protest of government inaction on climate policy.

The Greens, however, did not make breakthroughs in much of the EU. In Eastern and Southern Europe, the parties went pretty much nowhere. In Italy, they won only about 2 per cent of the vote, meaning the Italian Greens will send no members to the European Parliament.

Francesco Galietti, chief executive of Policy Sonar, a political consultancy in Rome, said the Greens never gained political traction in Italy in good part because of a lack of discipline and organization. “Historically, the Greens in Italy were always specialized branches of the left, with frequent frictions and conflict,” he said. “So there has never been such a thing as a consistent Green party with an identity of its own.”

Still, the future looks bright for Europe’s Green parties. Exit polls in Germany and a few other countries showed that young and first-time voters made the Greens their top choice. Their popularity takes blows now and again – in Germany in late 2018, they were polling as high as 24 per cent – but their European election results are their best showing yet. 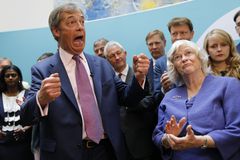 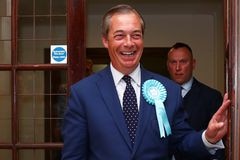 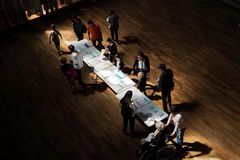