The World Health Organization says Europe is once again the epicentre of the COVID-19 pandemic. If that epicentre has its own epicentre, it is Eastern Europe.

Romania and Bulgaria in particular are going through a fresh pandemic hell, not because of a lack of vaccines – they are in surplus – but because of extreme vaccine skepticism and resistance to isolating people who are unvaccinated, as Austria and a few other countries are now doing. On Wednesday, the Czech Republic announced it would ban unvaccinated people from public events and services.

The pandemic crisis is so severe in Romania that its overburdened hospitals are sending some of their patients to Denmark, Germany and other European Union countries with spare hospital capacity. Doctors from EU countries are being flown into Romania to assist local medics, who are at breaking point.

Mistrust of government and its institutions appears to be behind the unusually low vaccination numbers in Eastern Europe, including Croatia, Estonia, Lithuania, Slovenia and Ukraine.

“Vaccination programs only work if people trust those responsible for them, and, as we are seeing in some countries, trust is scarce,” Martin McKee, a professor of European public health at the London School of Hygiene and Tropical Medicine, said in an interview. “This is the case in Romania and Bulgaria, especially in Bulgaria, where people voted for a party standing on an explicit anti-corruption agenda. The problem in both these countries is not just distrust of government but also distrust of the health system.” 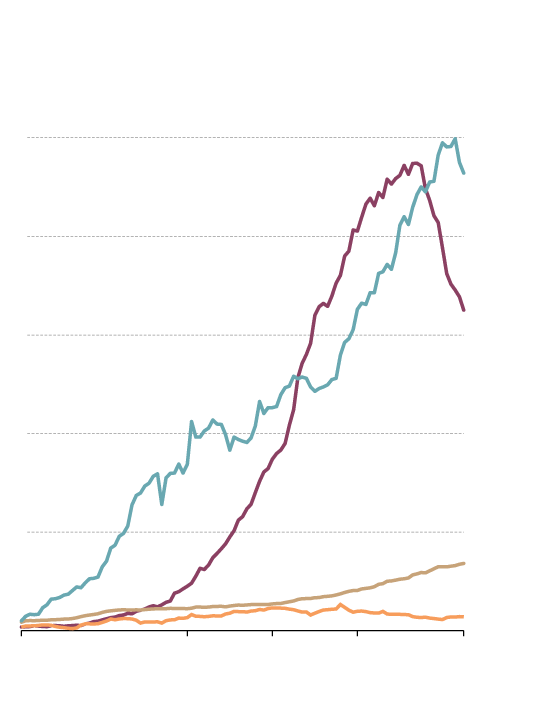 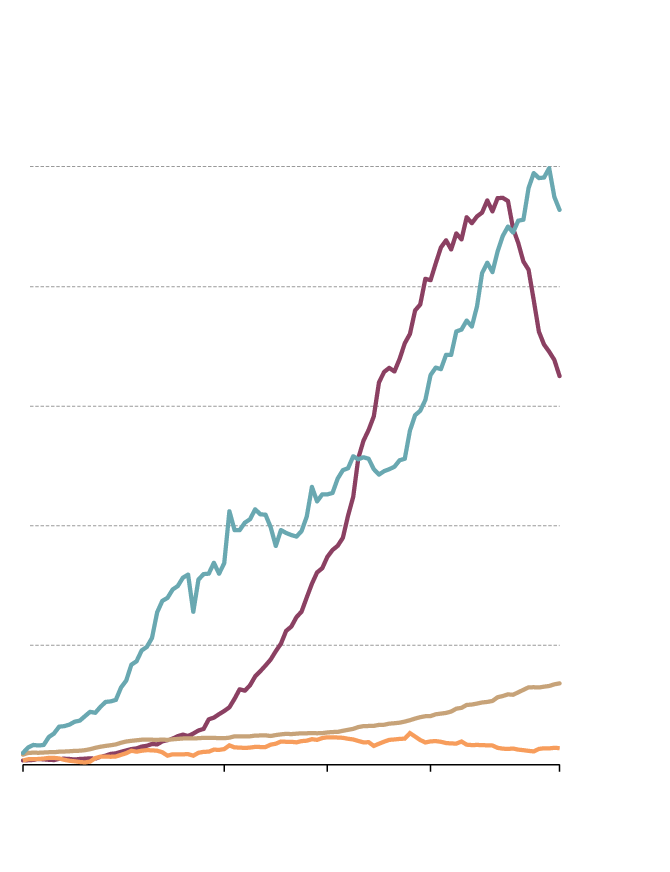 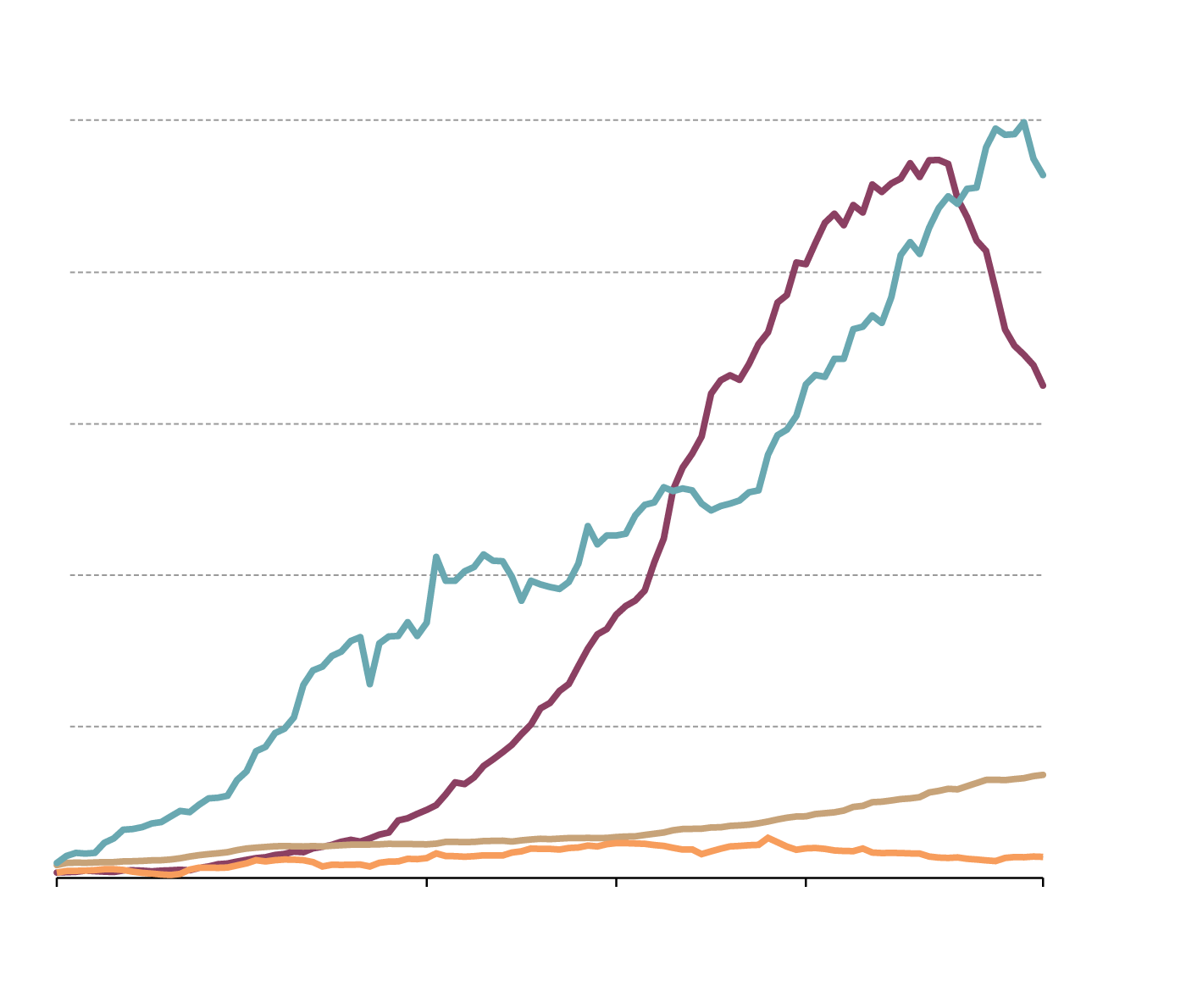 According to the Bloomberg Vaccine Tracker, only 23 per cent of the eligible population of Bulgaria is fully vaccinated, the lowest rate in the EU and one of the lowest in the developed world; in Romania, it’s 35 per cent.

In the EU as a whole, more than 68 per cent of eligible people are fully vaccinated, and some countries, such as Italy and France, are at 75 per cent or more.

In an interview, Raed Arafat, Romania’s Secretary of State and head of the Department of Emergency Situations in the Ministry of Internal Affairs, said the country’s vaccination rate fell to about 20,000 a day from 100,000 about three weeks ago, when parliament failed to pass legislation to introduce a highly restrictive green pass. The pass would have required employees to show they were vaccinated before going to work. “Fear of knowing they would need the pass drove up the vaccination numbers,” he said. “When the legislation failed by two votes, the vaccination rate slowed a lot.”

The pandemic is, more than ever, a pandemic of the unvaccinated

Vaccine shortages are not the problem. Airfinity, a British health intelligence and analytics firm, says about 1.5 billion doses are being made globally every month and the output is rising. “For large Western countries, the challenge is no longer supply, but demand,” said Airfinity CEO Rasmus Bech Hansen.

The lack of vaccine demand in Romania and Bulgaria is reflected in their high death rates.

On Wednesday, Romania – population 19.3 million – reported 350 COVID-19 deaths and 3,535 new cases, though the latter figure is well off its October peak.

Daily confirmed deaths per million people in Bulgaria, on a seven-day rolling average, reached a high of almost 25 in mid-November, according to the Our World in Data site. That was more than seven times greater than the EU average. Romania was a close second, with a high of almost 24 deaths per million (in recent days, the number of deaths in both countries have dipped slightly but remain the highest in the EU). Hungary and Latvia are also reporting very high death rates.

Almost all the deaths in these countries are among the unvaccinated. “Nine out of 10 patients in our intensive-care unit die,” said Ivan Poromanski, the head of the Pirogov Hospital in Sofia, the Bulgarian capital, in a recent TV interview, adding that deaths among the vaccinated are “minimal.”

The state of the EU pandemic almost two years after its outbreak reveals an east-west divide. At first, it was the countries in the west of the EU, such as France and Italy, the original epicentre of the European pandemic, that suffered the most. The Eastern countries were left relatively unscathed.

Since the vaccine rollout started about a year ago, the situation has reversed. The Eastern EU countries, where vaccine skepticism is highest, are suffering the most from the pandemic, though all EU countries and Britain have reported rises in the number of cases and deaths since the late summer. In Germany, where the vaccination rate is just under the EU average, the number of cases has climbed to a record and deaths to a six-month high.

An October report in Geopolitical Monitor said Romania and Bulgaria have a mistrust of government that dates back to the countries’ “Ottoman tutelage, which has played a part in fostering a deep-seated distrust of the state.”

The report noted that since Romania and Bulgaria see COVID-19 vaccine campaigns as “top-down and state-driven endeavours, turning skeptics into believers appears to be an unusually daunting challenge.” So far, every pro-vaccine campaign has failed to raise vaccination rates.

A Eurobarometer survey from early this year found that only 22 per cent of Bulgarians and 31 per cent of Romanians trusted their governments. Trust in medical authorities was higher, but not by much. Revolving governments haven’t helped. Bulgaria has had three elections in the past year alone. Politicians on the campaign trail have been reluctant to suggest imposing restrictions that could prove politically unpopular.

The vaccine hesitancy has been boosted by a few high-profile politicians and clerics who have made wildly unsubstantiated claims about the dangers of vaccines. Diana Sosoaca, a member of Romania’s upper house of parliament, has called the pandemic “the lie of the century” and said Romanians who get vaccinated are “like lambs to the slaughter.”