Lincoln Brower, who was considered one of the foremost experts on the iconic monarch butterfly and a scientist who advocated for the protection of the declining species, has died. He was 86.

Linda Fink, his wife, confirmed that Mr. Brower died on July 17 at home in Nelson County, Va., after a long illness.

Mr. Brower studied the orange-and-black-winged insect for more than six decades. It is famous for its epic migration each year.

“What attracted Lincoln is they’re so incredibly interesting,” said Karen Oberhauser, a monarch expert and director of the University of Wisconsin-Madison Arboretum.

Light as a paper clip, the butterflies migrate like birds or whales. Most travel 3,200-plus kilometres from various parts of the United States and Canada to the mountains of Mexico. A much smaller number goes to the California coast.

In those places, the winter climate typically doesn’t freeze them. But it’s cool enough that the insects maintain their fat preserves to begin their return.

It’s a multigenerational journey north as the butterflies and their offspring feed off milkweed. Eventually, the cycle starts anew.

Mr. Brower spent a lot of time in Mexico, where massive clusters of monarchs hang like Spanish moss in fir forests.

“Just imagine a place where there are a hundred million of whatever you were studying hanging from the trees,” said Mr. Brower’s son, Andrew Brower, who studies butterflies and is a biology professor at Middle Tennessee State University.

Mr. Brower also charted the butterflies’ stark decline. Its overall population has fallen by about 80 per cent over the past two decades, according to the Center for Biological Diversity, a conservation group.

"The migration is definitely proving to be an endangered biological phenomenon,” Mr. Brower told the Associated Press in 2014.

“The main culprit is now GMO herbicide-resistant corn and soybean crops and herbicides in the USA,” which “leads to the wholesale killing of the monarch’s principal food plant, common milkweed,” Mr. Brower wrote to the Associated Press in an e-mail in 2014.

Logging and severe weather events have also threatened the butterfly. Freezing temperatures and rain led to a massive die off in Mexico in 2002.

“Sticking my hand to gently pull out the beautiful delicate creatures I’ve worked with for 25 years, there was an almost overwhelming feeling of sadness,” he told the Associated Press in 2002.

In 2014, Mr. Brower placed his name alongside conservation groups to petition the federal government to protect the monarch under the Endangered Species Act.

The U.S. Fish and Wildlife Service is expected to make a decision next year.

“He was the only scientist who joined the petition – it’s a gigantic deal,” said Tierra Curry, a senior scientist at the Center for Biological Diversity. “A lot of scientists shy away from advocacy.”

Lincoln Pierson Brower was born in New Jersey on Sept. 10, 1931. He received his BA from Princeton University in 1953 and began studying monarch butterfly biology the following year, when he was a graduate student at Yale University. He received his PhD in zoology from Yale in 1957.

“If the monarch butterfly migration is to survive, it will be in large part thanks to Dr. Lincoln Brower’s dedication and work during the past half century,” Homero Aridjis, a former Mexican diplomat and environmentalist, said in a statement.

Besides his wife and son, Mr. Brower leaves a daughter, Tamsin Barrett, his son said.

Even into his 80s, Mr. Brower remained deeply committed to raising awareness about threats to the monarch’s habitat in Mexico. “I feel keeping it on the front page is really important,” he told Sweet Briar Magazine in 2013. “To me the monarch is a treasure like a great piece of art. We need to develop a cultural appreciation of wildlife that’s equivalent to art and music and so forth.” 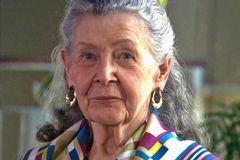 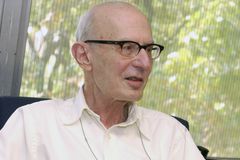 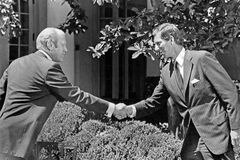