Who is Carlos Ghosn and why is he a fugitive?

Carlos Ghosn, 65, is the former chairman of auto makers Nissan and Renault, and won acclaim for rescuing Nissan from near-bankruptcy in the 2000s. But in November, 2018, he was arrested by Japanese police and accused of under-reporting his Nissan salary by roughly half over a five-year period through March, 2015. Weeks later, he was rearrested on allegations that he also under-reported income through March, 2018, and again for allegedly making Nissan shoulder $16.6-million in personal investment losses. He was released in March, 2019, on $9-million bail, then arrested again on suspicion that he tried to enrich himself at Nissan’s expense. He was freed on bail a second time, confined to his home in an upscale part of Tokyo and prevented from seeing his wife.

The former auto executive has repeatedly denied wrongdoing and questioned whether he can face a fair trial in the Japanese justice system. Sources close to Mr. Ghosn, a French national with Lebanese citizenship, say he decided to flee Japan after learning that the second of two trials would be delayed until April of 2020. On Dec. 30, he fled Japan for Lebanon, which has no extradition treaty with Japan and where many consider him a local hero for his business success.

“I have not fled justice – I have escaped injustice and political persecution,” he said in a statement soon after his arrival there. Since then, he and his wife have been closely guarded about their whereabouts, but he made a public appearance on Jan. 8 to address the charges against him and describe detention conditions in Japan that he said were ruthless and unfair. “My unimaginable ordeal is the result of a handful of unscrupulous, vindictive individuals," Mr. Ghosn said.

How did Ghosn escape Japan?

The details of how Mr. Ghosn gave Japanese authorities the slip are still largely unclear, and in his Jan. 8 news conference he gave few details of how he managed it.

The Wall Street Journal reported that Michael Taylor, a former Green Beret, was among those involved in the escape plan, which the Journal and The New York Times reported had been set in motion months earlier through Lebanese intermediaries in contact with Mr. Ghosn.

Security cameras at his home operated 24 hours a day, but the footage only had to be submitted to the court every month, according to lawyers’ documents. Security footage showed he simply walked out of the house alone around noon on Dec. 29, NHK TV reported. The Times and Japanese news agency Kyodo reported that Mr. Ghosn then took a public bullet train from Tokyo’s Shinagawa station to Shin Osaka station.

The Journal’s report said Mr. Ghosn was hidden in a large concert equipment box to get him on a private flight at Osaka’s airport, though Mr. Ghosn’s wife told Reuters the box theory was “fiction.” Turkish airline MNG Jet, which said its planes were used illegally, alleges Mr. Ghosn and his entourage arrived in Istanbul and switched to another plane to Beirut.

What authorities are doing

Japan: Japan’s options to get Mr. Ghosn back in custody are limited. Japan could retaliate against Lebanon with sanctions, or seek help from another country that does have an extradition arrangement with Lebanon. For now, Japanese Justice Minister Masako Mori has said the country will reassess its border security and bail conditions to prevent escapes like Mr. Ghosn’s in the future. Tokyo prosecutors have also charged Mr. Ghosn’s wife, Carol, with perjury and are seeking her return to Japan as well.

France: Finance Minister Bruno Le Maire has said he wants a broader investigation into millions of dollars in questionable expenses under Mr. Ghosn’s watch at the Netherlands-based headquarters of the alliance between Renault, Nissan and Mitsubishi Motors. Mr. Le Maire wouldn’t say where Mr. Ghosn should be prosecuted, but said that as Renault’s biggest single shareholder, the French government wants to ensure the struggling auto maker prospers again.

Eric Reguly: Standing trial is the only way for Carlos Ghosn to rebuild his reputation

With reports from Reuters, The Associated Press and Eric Reguly 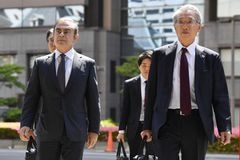 Fugitive Ghosn returns to Beirut, where he is a favourite son
Subscriber content
December 31, 2019 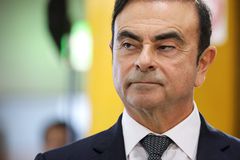 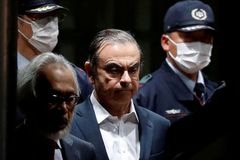