Three bombs rocked the Afghan capital of Kabul on Thursday, killing at least 11 people and wounding 45, officials said, as the chairman of the U.S. Joint Chiefs of Staff met Afghan President Ashraf Ghani and NATO officials in the city.

Ghani and U.S. Secretary of State Mike Pompeo agreed in a phone call to step up efforts to reach a negotiated end to the nearly 18-year-old war in Afghanistan, the State Department said in a statement.

Pompeo told Ghani in Wednesday’s call that Marine General Joseph Dunford and U.S. envoy for Afghanistan Zalmay Khalilzad had been dispatched to Kabul to “discuss in detail the next steps,” and a “conditions-based” drawdown of foreign forces.

A suicide bomber blew himself near a minibus carrying employees of the ministry of mines and petroleum, killing five women and a child. Video footage shared with reporters by security officials showed the bodies of the women and a child lying on the road in the eastern part of city as bystanders tried to help the wounded.

Health officials said at least 20 people were taken to hospital by civilians, some in wheelbarrows.

A second bomb exploded on a road parallel to the site of the bus attack, killing five people and injuring police who were trying to manage traffic after the first blast.

A third blast, about three km (1.9 miles) away, wounded at least 17 civilians. The Taliban claimed responsibility.

The Taliban, fighting to restore strict Islamic law after their 2001 ouster at the hands of U.S.-led troops, said their fighters had used a vehicle-borne improvised explosive device to target nine foreign forces and destroy two vehicles.

On Wednesday, a Croatian soldier serving in Afghanistan was killed and two were seriously wounded in a suicide attack on their convoy outside Kabul.

Afghan interior ministry officials said the Taliban have killed or wounded more than 1,000 civilians since April, including more than 150 children.

The attacks came as Dunford and Khalilzad met with Ghani.

Washington is seeking to negotiate a deal that would see foreign forces pull out of Afghanistan in return for security guarantees by the Taliban, including a pledge that the country will not become a safe haven for terror groups.

About 20,000 foreign troops, most of them American, are stationed in Afghanistan as part of the U.S.-led NATO mission to train, assist and advise Afghan forces. Some U.S. forces also carry out counterterrorism operations.

Col. Sonny Leggett, a spokesman for the U.S. forces in Afghanistan, said the Taliban, despite offering assurances during peace negotiations, continue to target innocent civilians.

Afghan security experts said the insurgents were increasing attacks to gain greater leverage in the peace talks. The eighth round is expected to begin this month in Qatar.

The Taliban also clashed with Afghan forces in northern province of Takhar to secure control over checkpoints and capture several districts. Both sides claimed to have inflicted heavy damage on their opponent.

Elsewhere on Thursday, a roadside bomb hit a wedding party in the eastern province of Nangarhar. Six women and three children were killed in the blast in Khogyani district, the provincial governor’s office said in a statement.

No group has claimed responsibility for that attack. 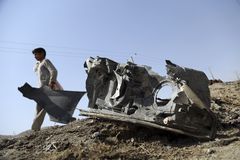 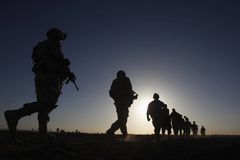