Facebook Inc. is coming under mounting pressure from a growing list of advertisers who are pledging to pause their spending with the social-media giant unless it does more to curb hate speech and misinformation on its platform.

The movement among major brands and civil-rights groups to boycott Facebook is gaining steam amid a global reckoning over systemic racism and an intensifying debate about the role that online platforms play in policing political speech as the United States heads toward a November presidential election.

As of Thursday, nearly 100 advertisers had signed onto Stop Hate for Profit, a worldwide campaign organized by the National Association for the Advancement of Colored People, the Anti-Defamation League and other advocacy groups that asks companies to pull their spending from Facebook for the month of July.

The campaign is fuelled by concerns that the social-media giant has not done enough to stop the spread of posts urging violence against people protesting anti-Black racism and police brutality in the wake of the death of George Floyd, including Facebook’s decision not to remove a post by U.S. President Donald Trump calling for some protesters to be shot.

Major brands that have announced plans to pull their advertising include Ben & Jerry’s ice-cream company, clothing retailers the North Face, Patagonia and Eileen Fisher, and advertising firm Goodby Silverstein & Partners, whose clients include BMW and Pepsi.

In Canada, retail co-op MEC has signed onto the boycott, as has B.C.-based sporting-goods company Arc’teryx and Modern Farmer, a New York-based magazine published by Canadian mining magnate Frank Giustra.

Advertisers have been particularly active in supporting social-justice issues in the wake of global protests against racism. And they have become increasingly sensitive to the way their ads appear next to user-generated content on digital platforms such as Facebook, Google and Twitter.

Earlier this week, nearly 200 advertisers and ad agencies joined a call with Facebook executives organized by the Interactive Advertising Bureau of Canada, a trade association, to discuss advertisers’ mounting concerns over Facebook’s content-moderation policies as some weighed whether to join the boycott.

“Over the past days, several of our members responsible for buying media reached out to ask us about our opinion on the planned Facebook boycotts south of the border and ... in Canada as well,” IAB Canada president Sonia Carreno said in an e-mail to The Globe and Mail. “There has been significant pressure from advertisers placed on Facebook to make major reforms to its policies in light of the horrific murder of George Floyd, the civil unrest that has ensued as well as the impending 2020 presidential election and the questions around misinformation and hate speech.”

The meeting was first reported by the Financial Times. Both Facebook and The Globe are members of IAB Canada.

In response to the boycott, Facebook defended its efforts to stop the spread of harmful content, saying its automated systems remove the vast majority of hate speech before it’s reported by users. The company pointed to a European Commission report released this week that found that Facebook responded to complaints about hate speech faster than other platforms.

“We respect any brand’s decision, and remain focused on the important work of removing hate speech and providing critical voting information,” said Carolyn Everson, vice-president of Facebook’s global business group, said in an e-mailed statement. “Our conversations with marketers and civil-rights organizations are about how, together, we can be a force for good.”

A one-month boycott by dozens of brands likely amounts to a small slice of Facebook’s revenue. The social-media giant earned roughly US$70-billion from more than seven million advertisers last year. But analysts say the boycott puts significant pressure on Facebook to change its content-moderation policies and could potentially harm the social-media company’s bottom line in a year when digital ad spending is already expected to slow significantly because of the COVID-19 pandemic.

How much of an impact the boycott has on Facebook largely depends on whether many more brands sign on and whether companies extend the boycott beyond July, said Paul Briggs, senior analyst for Canada with market-research firm eMarketer. Many advertisers are still reliant on Facebook, which controls a significant share of the digital advertising market. But the boycott may be enough to push Facebook to alter its position on content moderation, Mr. Briggs said.

“A lot of the frustration for users and advertisers with Facebook is around the half-measures they make in terms of the policies to restrict certain types of speech,” he said. “So this advertiser pressure may, in fact, have some positive results on how Facebook makes tangible policy changes to how they put advertisers in front of their users.”

GoDaddy plans restructuring that will impact around 12 per cent of employees
Subscriber content
June 24, 2020 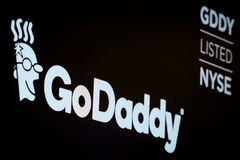 Google to pay some publishers in Australia, Brazil and Germany for content
June 25, 2020 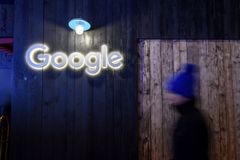