In a dispute that is being closely watched by Canadian regulators, Facebook is threatening to ban news articles from its platform in Australia if lawmakers there press ahead with plans to force social-media companies to pay news publishers for their content.

The U.S. social-media giant said on Tuesday that it will stop allowing publishers and users in Australia to share news stories on Facebook after Australian competition regulators proposed to require digital platforms to negotiate compensation agreements with media outlets or face binding arbitration.

“We will reluctantly stop allowing publishers and people in Australia [to share] local and international news on Facebook and Instagram,” Will Easton, Facebook’s managing director for Australia and New Zealand, wrote in a blog post. “This is not our first choice – it is our last. But it is the only way to protect against an outcome that defies logic and will hurt, not help, the long-term vibrancy of Australia’s news and media sector.”

Facebook said it was aiming to have the ban in place by the end of the year, should Australia’s parliament approve the planned reforms. The social-media company said it still needed to work out the details, such as what types of content would be considered news.

Publishers say tech companies that run their content receive far more in advertising revenues than they do.

Australian regulators vowed to press ahead with their plans. The proposed law “aims to ensure Australian news businesses, including independent, community and regional media, can get a seat at the table for fair negotiations with Facebook and Google,” Rod Sims, chair of the Australian Competition and Consumer Commission, wrote in a statement that called Facebook’s announcement “ill-timed and misconceived.”

“The Canadian government stands with our Australian partners and denounces any form of threats,” Heritage Minister Steven Guilbeault said in an e-mailed statement.

The federal government plans to introduce new legislation by the end of the year that would update the country’s Broadcasting Act to bring foreign-owned digital platforms under the regulation of the Canadian Radio-television and Telecommunications Commission.

Mr. Guilbeault said his office is closely following developments in Australia, and in France – where regulators are trying to force Google to pay publishers for snippets of news articles that appear in search results – with an eye toward a “made-in-Canada” solution for news publishers.

“It is about levelling the playing field: Those who benefit from the Canadian ecosystem must also contribute to it, through the Canadian broadcasting sector or the fair remuneration for the use of news content,” he said. “That includes making sure that Canadian news organizations continue to inform and empower our communities.”

Traditionally, tech platform like Facebook, YouTube and Twitter have benefited from publishers sharing news articles on their platforms, which helps to keep users engaged and allows social-media companies to sell more advertising. In turn, the platforms drive traffic to news publishers’ websites.

But media organizations, whose advertising revenues have been hit by competition from digital platforms and the COVID-19 economic slowdown, increasingly say their relationship with tech giants is far from equal, with platforms reaping far more in ad revenues than news outlets receive in return.

Earlier this year, a group of Canadian publishers, including The Globe and Mail, wrote a letter urging the Canadian government to follow the lead of Australia and France. “That means paying for copyrighted content and sharing the advertising dollars and data that flow from it,” they wrote.

Facebook on Tuesday rejected the notion that it benefits disproportionately from its relationship with news publishers.

It argued that news articles are only a small part of what users share on its platform and represent “a negligible source” of the social-media company’s ad revenue. By contrast, the tech giant said Australian news outlets received 2.3 billion clicks on their content from Facebook users in the first five months of this year.

Google issued a similar warning, telling Australian users last month that the new law would “force us to provide you with a dramatically worse Google search and YouTube, could lead to your data being handed over to big news businesses, and would put the free services you use at risk in Australia.”

But the threatened ban might backfire on Facebook by making the social media network less engaging while allowing fake news and conspiracy theories to flourish there without legitimate news sources to counter misinformation, wrote Rob Nicholls, director of the Cybersecurity and Data Governance Research Network at the University of New South Wales in Australia.

“At the end of the day, if Facebook follows through on its threat, we’ll end up with a platform that is much less appealing,” he said. “More than anything else, that’s likely to drive the decline of Facebook.” 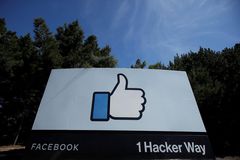