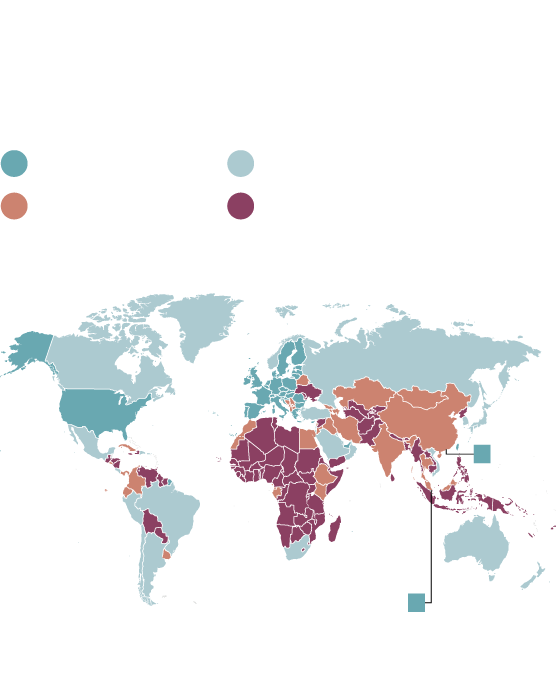 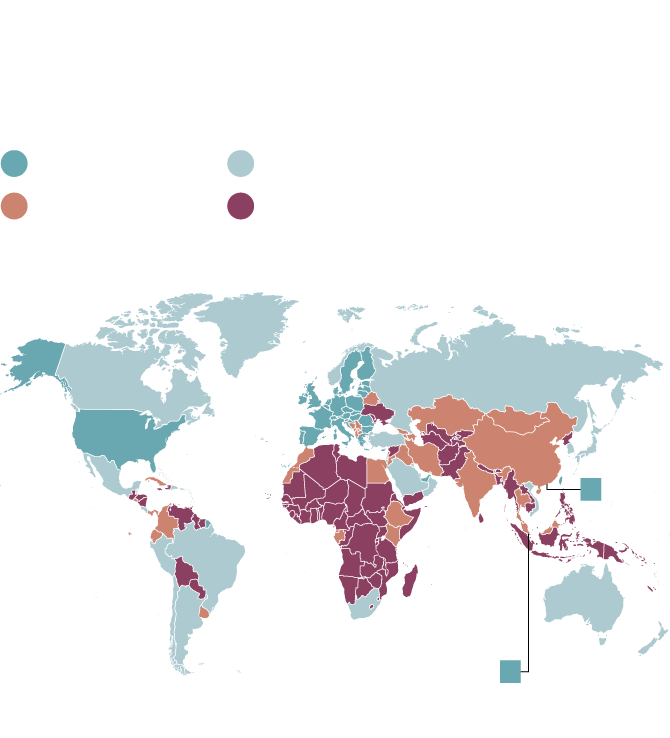 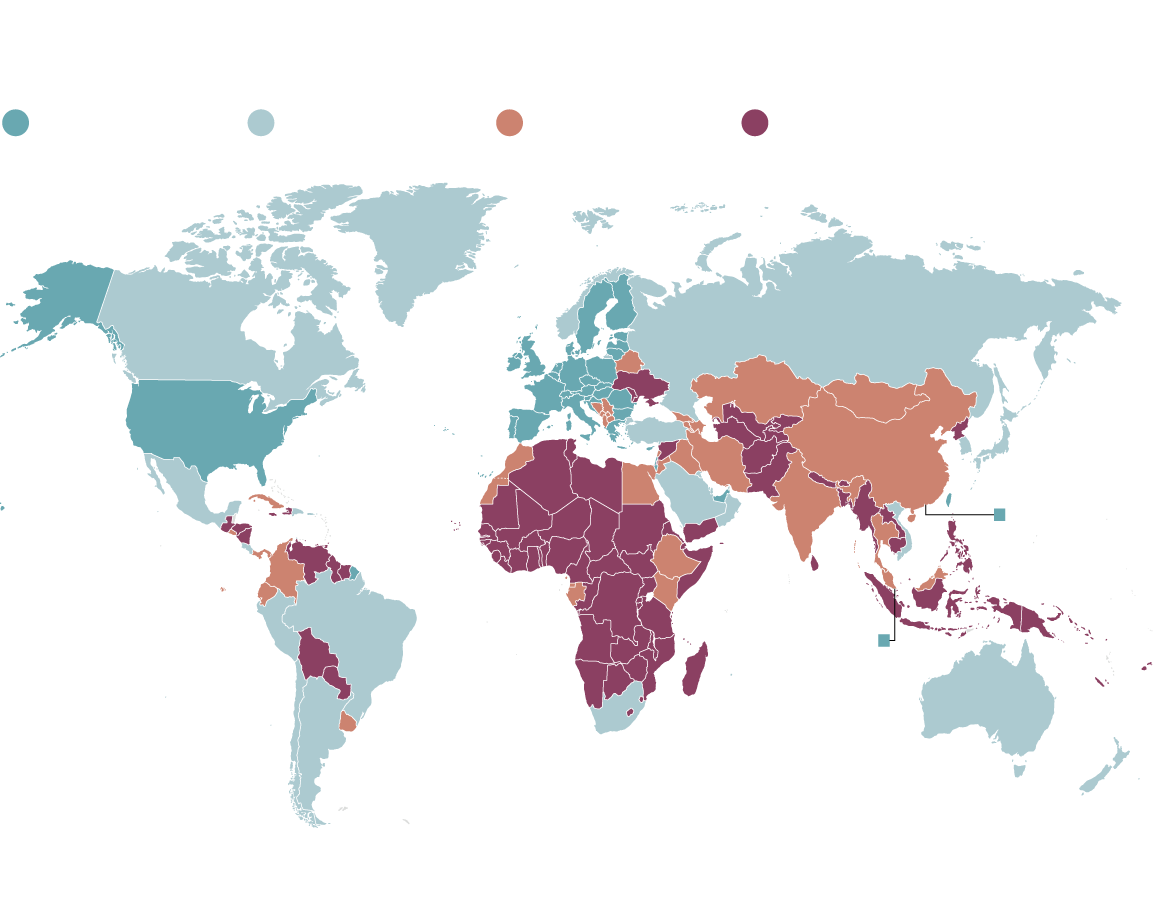 More than a year ago, in the early days of the emerging pandemic, U.S. vaccine developer Moderna accepted a grant from a non-profit health foundation and pledged that its products would be affordable for needy people in low-income and middle-income countries.

Since then, it has sold its COVID-19 vaccine only to wealthy customers: Canada, the United States, Britain, Switzerland, Israel and the European Union. It has not reached any agreement to share its vaccine with the COVAX program, the main source of vaccines for the developing world.

Moderna’s failure to provide its vaccine to poorer countries is just one example of a growing global crisis: the problem of vaccine inequities – or “vaccine apartheid” as the South African government has described it.

Despite some interruptions and delays in deliveries, most of the world’s rich countries have begun to vaccinate their populations. The total number of vaccine doses administered worldwide has now climbed above the 100 million mark.

But only a tiny fraction of that total – about 230,000 doses, or 0.2 per cent – has been administered in Africa. Most of those are in a single country, Morocco.

Several countries in Latin America and Asia have begun vaccinating their people, but most are far behind the Global North. And the donor-funded COVAX program, touted as the solution for poorer countries, has not yet begun its deliveries.

One widely published forecast, by The Economist Intelligence Unit, predicts that more than 70 countries in Africa, Asia and Latin America will be unable to vaccinate the majority of their people until 2023 or even 2024. This will leave them years behind the richer countries.

“We know that the vaccines appear to be working because of knowledge, in part, from clinical trials in the Global South, yet the Global South is largely locked out of access,” said Zain Rizvi, a researcher at Public Citizen, a U.S.-based non-profit consumer advocacy group.

Health experts have warned that these inequities will keep the pandemic alive, with outbreaks inevitably returning to the wealthy countries from less vaccinated ones. Travel bans will be impossible to maintain indefinitely, and new variants will continue to emerge from mutations in unvaccinated countries.

The global economy could suffer GDP losses of up to US$9.2-trillion this year alone if developing countries fail to get equitable access to vaccines, according to a new study by the International Chamber of Commerce. About half of this cost would be suffered by advanced economies, because of interlinkages in trade, supply and demand, the study found.

The COVAX program is aiming to provide 1.3 billion vaccine doses to 92 lower-income countries by the end of this year. But it remains underfunded and is still seeking billions of dollars to meet its goals.

Most of the vaccines in COVAX are expected to be the AstraZeneca (Oxford) vaccine, with much of it produced by factories in India. Companies such as Pfizer and Moderna are supplying little or nothing to COVAX so far.

Last month, Pfizer and its partner BioNTech announced that they would provide up to 40 million vaccine doses to COVAX. Health activists such as Médecins sans frontières (Doctors Without Borders) quickly noted that this was only 2 per cent of the deals already struck by the two companies for 2021 and 2022, largely with wealthy countries. Their COVAX pledge was “a pittance considering their production capacity and the bilateral deals they’ve already struck with high-income countries,” MSF said in a statement.

Moderna, meanwhile, had its vaccine development funded largely by the U.S. government. On Jan. 23, 2020, at an early stage in the pandemic when the company’s funding was still uncertain, Moderna received almost US$1-million from CEPI, the Coalition for Epidemic Preparedness Innovations. As part of the agreement, the company pledged to accept CEPI’s equitable access principles.

According to CEPI, this agreement meant that Moderna’s vaccines would be “first available to populations when and where they are needed and at prices that are affordable to the populations at risk, especially low- and middle-income countries or public-sector entities that procure on their behalf.”

Moderna said last year that it was holding discussions with COVAX, but no agreement has been announced. The company did not respond to e-mailed queries from The Globe and Mail.

“It’s pretty clear that equitable access is not being met when one corporation sells the vaccine – developed with public funding – entirely to a handful of rich countries,” Mr. Rizvi told The Globe in an interview.

“It’s shameful. There are huge gaps in access to vaccines today. What makes it especially egregious is that public money has driven the development of the vaccine all along.”

The Canadian government, which has secured contracts and options on up to 414 million vaccine doses – potentially five times more than its population would need – has promised to share any surplus doses with COVAX. But it has declined to say whether it would wait until the end of its complete vaccination program or do it earlier.

The World Health Organization’s director-general, Tedros Adhanom Ghebreyesus, is now publicly urging Canada and other wealthy countries to begin sharing their surplus as soon as their health workers and older people are vaccinated – a relatively early stage in the vaccine rollout.

“When a village is on fire, it makes no sense for a small group of people to hoard all the extinguishers to defend their own houses,” Dr. Tedros told a media briefing last week.

Canada’s International Development Minister Karina Gould declined to say whether Canada would follow the WHO’s advice on timing. “Canada will donate excess doses once we are in a position to do so,” her press secretary, Guillaume Dumas, told The Globe.

Canada is exploring “all possible options to further ensure doses get to people around the world who need them,” he said.