The family of a slain Somali-Canadian peace activist is calling for a joint investigation by Canadian and Somali authorities to find out how she was killed in a military-controlled compound in Mogadishu.

The family of Almas Elman is questioning an official statement that suggested she was killed by a stray bullet.

Ms. Elman was an activist and former Somali diplomat who grew up in Ottawa after her family fled the civil war in Somalia. Her father, peace activist Elman Ali Ahmed, was murdered in Mogadishu in 1996. Her mother, Fartuun Adan, founded the Elman Peace Centre in Somalia, and her sister, Ilwad Elman, was nominated for the Nobel Peace Prize this year for her work in Somalia.

In addition to her work with the Elman Peace Centre, Almas Elman also worked on social-justice issues, women’s rights, and the rehabilitation of child victims of the Somalia conflict.

She was hit by a bullet last Wednesday afternoon while she was in a car at the Halane base camp, controlled by African Union peacekeeping troops. She was heading to the Mogadishu airport after a meeting at the base.

“Pending a final report, preliminary investigations indicate Ms. Elman was hit by a stray bullet, especially as no firearm discharge was reported within the base camp at the time of the incident," said a statement by the African Union mission on Friday. "The base camp in the past has recorded similar incidents of stray bullets.”

The peacekeeping mission promised to conduct a full investigation with Somali security forces and other agencies.

But in a statement on Saturday, the Elman family questioned the official account.

“Any statements on the circumstances surrounding the death of Almas are premature and not helpful to our family, including speculation on whether this was a ‘stray bullet,’” the statement said.

“We desire to see her murder thoroughly investigated and request it be done jointly by the Somali and Canadian authorities. Until that thorough and robust process has been completed, we ask that no person or authority offer their own conclusions or comments.”

A spokesman for Global Affairs Canada declined on Sunday to say whether the department is considering obliging the family’s request for a joint investigation. Sylvain Leclerc said only that Canadian diplomats based in neighbouring Kenya are talking to “local authorities to gather additional information.” The Canadian government has no embassy or offices in Somalia.

Some Somali politicians and commentators have alleged that Somali security forces were engaged in a gun battle near the military base, possibly causing a stray bullet that killed Ms. Elman. They have called for greater efforts to ensure safety for civilians when security forces are involved in fighting.

The family said it has been moved by “the incredible outpouring of support” from all over the world. “Our hearts are broken right now by the immeasurable loss. ... Almas was a beautiful and radiant soul, and innocent in this tragedy.

“She has been taken from us far too early, and that she was pregnant throughout this makes this tragic event even more so unfathomable for us.”

Amnesty International, in a statement last week, said the death of Ms. Elman showed the risks faced by activists in Somalia and the need for the authorities to ensure the safety of civilians.

The investigation into her death must be “impartial, thorough and effective” and must ensure that anyone suspected of responsibility “is brought to justice in a fair trial,” Amnesty said. 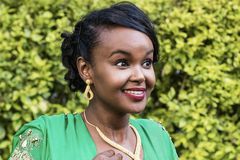 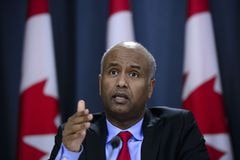 Somali-Canadian human-rights activist Almaas Elman murdered in Mogadishu
November 20, 2019
Follow Geoffrey York on Twitter @geoffreyyork
Report an error Editorial code of conduct
Due to technical reasons, we have temporarily removed commenting from our articles. We hope to have this fixed soon. Thank you for your patience. If you are looking to give feedback on our new site, please send it along to feedback@globeandmail.com. If you want to write a letter to the editor, please forward to letters@globeandmail.com.
Comments