The FBI is investigating a confrontation between a Black man and a group of white men who pinned him against a tree at an Indiana lake over the Fourth of July weekend, after video of the episode drew broad condemnation.

Lauren Hagee Glintz, a spokeswoman for the FBI, confirmed the investigation Wednesday morning but declined to provide any further comment.

Vauhxx Booker, a member of the Monroe County Human Rights Commission in Bloomington, Indiana, said on Facebook that the men assaulted him and threatened to “get a noose.” He said that he and his friends had gathered to watch the lunar eclipse at Lake Monroe, a large beach near Bloomington that is about 60 miles south of Indianapolis.

As videos of the confrontation spread online, they drew outrage from officials and in part motivated a protest in the city Monday night. A driver of a red Toyota accelerated into a crowd of protesters that night, injuring at least two; police were searching for the driver Tuesday.

The incident near Lake Monroe began when a group of white men told Booker and his friends that they were on private property, he said on Facebook.

Part of the confrontation was captured on a cellphone video that Booker posted online. The video shows one man holding Booker against a tree as several others surround him. Bystanders can be heard calling for them to let him go.

“I was attacked by five white men,” Booker said in the post, “who literally threatened to lynch me in front of numerous witnesses.” He said he had heard the men say, “Get a noose,” and use racial slurs.

Booker said that bystanders eventually got the men to stop and that he and his friends left the area and called authorities. In another video, the men can be seen following Booker and his friends, accusing them of trespassing and berating them with profanity.

In his Facebook post, Booker said he had a minor concussion, some abrasions, bruising and loss of hair from having been pulled.

Katharine Liell, Booker’s lawyer, said at a news conference this week that the FBI was investigating the case as a possible hate crime.

“We want this investigated as a hate crime; it was clearly racially motivated,” she said, speaking outside the Monroe County courthouse. “We welcome this inquiry and feel we are one step closer to justice,” she added on Facebook.

Booker and his lawyer could not immediately be reached for comment.

The Indiana Department of Natural Resources, which manages Lake Monroe, is also investigating the incident, James Brindle, a spokesman for the department, said Wednesday. No arrests have been made, and an incident report was not immediately available.

“Our conservation officers are working with the Monroe County prosecutor’s office,” Brindle said.

Lake Monroe sits on land owned by the Army Corps of Engineers, private owners and the Hoosier National Forest, he said, adding that the state leases land from the corps for recreational purposes.

Booker spoke at the news conference, addressing a crowd of supporters with signs that read “Black Lives Matter.”

“We’re not a community where you can lynch someone in the street,” he said. “We are a community that is welcoming or inclusive, and we are going to make sure that justice is served.”

In a statement, Mayor John Hamilton of Bloomington and the city clerk, Nicole Bolden, condemned the confrontation, saying that a group “physically assaulted and denounced and threatened with racial epithets one Black resident of Bloomington.”

They also condemned another incident, in which a sheriff’s deputy of a neighbouring county questioned and detained a Black resident who was walking down the street “in an apparent example of racial profiling.”

“We would like to express outrage and grief relating to two apparent racially motivated incidents reported in our community,” the statement said. “These separate incidents exemplify the persistence of racism and bias in our country and our own community. They deserve nothing less than our collective condemnation.”

State Sen. Mark Stoops, whose district includes most of Monroe County, also said he was “horrified to hear about this racist attack” at the lake.

“This is not just an issue of violence; this is clearly a hate crime and must be treated as such,” he said in a statement.

The senator said that officers with the Department of Natural Resources “had clear evidence that a crime had been committed” in the videos and that they should have taken “immediate corrective action.” He called for Gov. Eric Holcomb to immediately suspend the officers involved. 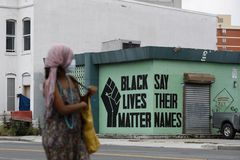 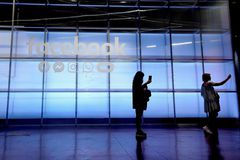 Opinion
Neither Trump nor Biden seem prepared to unite the U.S. this Fourth of July
Subscriber content
July 3, 2020 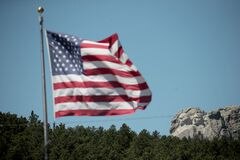