Oregon’s Governor on Wednesday said federal police had agreed to withdraw from Portland, although U.S. officials said agents would stay until conditions improved after weeks of clashes with protesters.

Governor Kate Brown said Vice-President Mike Pence agreed to a “phased” end of the deployment that has sparked a standoff between Republican President Donald Trump and Democratic mayors over the use of federal police in their cities.

Under the plan, all Customs and Border Protection (CBP) and Immigration and Customs Enforcement (ICE) officers protecting a federal courthouse will start to leave downtown Portland on Thursday, Ms. Brown said in a statement.

The withdrawal would end a federal presence that saw a protester nearly killed by a rubber bullet and two officers likely blinded permanently by protesters using lasers.

“They have acted as an occupying force & brought violence,” Ms. Brown, a Democrat who has clashed with Mr. Trump, wrote on Twitter.

On a call with reporters, Mr. Wolf declined to provide a timeline for federal officers to leave the city, saying they will remain “until we see that the plan is working.”

The Oregon plan dovetailed with the announcement of a deployment of federal agents to Cleveland, Milwaukee and Detroit, expanding a separate program aimed at curtailing a surge of violent crime in some cities. Some mayors said they were willing to accept the help, while others expressed worries over the President’s potential political motives in an election year.

Mr. Trump, seeking re-election in November, has sought to crack down on protests to highlight his focus on law and order amid demonstrations and unrest after the May 25 killing of a Black man, George Floyd, by Minneapolis police.

Solidarity protests spread on the weekend to other U.S. cities, prompting complaints by Democratic mayors that federal deployments were escalating tensions across the country.

Separately, the Justice Department said it would send dozens of law enforcement officials to Cleveland, Milwaukee and Detroit, after similar deployments to Chicago; Kansas City, Mo.; and Albuquerque, N.M., earlier this month.

Distinct from the operation in Portland to secure the federal courthouse, these initiatives are being made under what is known as Operation Legend, a plan launched to address spikes in violent crimes such as murders, which have risen by nearly 31 per cent in Detroit compared with 2019.

Matthew Schneider, the chief federal prosecutor in the part of Michigan that includes Detroit, told a briefing on Wednesday that there would be “no federal troops” deployed to his state to interfere with peaceful protests.

The operation’s expansion includes sending 42 federal agents to Detroit and more than 25 to both Milwaukee and Cleveland. The agents will come from the Federal Bureau of Investigation, the Drug Enforcement Administration, the Bureau of Alcohol, Tobacco, Firearms and Explosives, and the U.S. Marshals Service.

Detroit Mayor Mike Duggan and police Chief James Craig on Wednesday approved Mr. Schneider’s expansion of the operation on certain conditions. “So long as those staff are used in the continuing effort to enforce federal laws on illegal gun trafficking and gang violence, DPD will continue its strong partnership with those agencies,” they said in a statement. 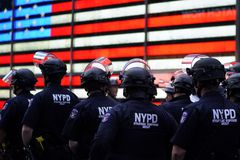 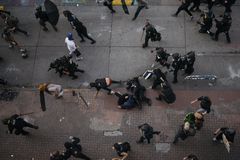 Opinion
The U.S. is burning – and Donald Trump is the gleeful arsonist-in-chief
Subscriber content
July 28, 2020 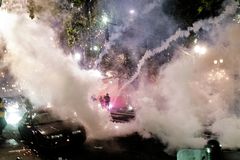