Fiat Chrysler Automobiles NV on Thursday brushed off a shock lawsuit from General Motors Co and said it was confident of reaching a binding merger deal with Peugeot owner PSA Group by the end of this year to create the world’s fourth-largest car maker.

“The GM lawsuit will be dealt with in appropriate places, but as we’ve said already it is absolutely groundless and so it does not worry us,” FCA Chairman John Elkann told reporters at a strategy briefing for Exor, the holding company of the Agnelli family which is FCA’s largest shareholder.

“Looking at how teams are working, both in FCA and PSA, I am encouraged to say that between now and year-end, we’ll have a binding memorandum signed,” he added.

JP Morgan auto analyst Ryan Brinkman said in a research note that GM could seek at least $6-billion in damages, but added a trial could be years away. He also noted that if GM’s allegations were vindicated, Ford Motor Co could have a claim. Ford declined to comment.

At a Barclays auto conference in New York on Thursday, GM Chief Executive Mary Barra defended the lawsuit, noting she has often said: “’Give us a level playing field, and General Motors will compete, and we’ll win.’ And so when we saw facts indicated that that was not the case, we felt it was in the best interest of all of our stakeholders in the company.”

PSA declined to comment on the lawsuit and any potential impact on the merger talks.

FCA and PSA announced plans last month to combine forces to better tackle the cost of new technologies such as electric and self-driving vehicles as well as a downturn in auto markets.

The merger would create a group with 8.7 million in annual vehicle sales, overtaking GM and putting it fourth globally behind Volkswagen AG, Toyota Motor Corp and the Renault-Nissan alliance.

In a letter to employees about the GM lawsuit, FCA Chief Executive Mike Manley said: “We are astonished by this filing, both its content and its timing. We can only assume it was intended to disrupt our proposed merger with PSA.”

GM on Wednesday alleged that after it rejected a merger bid from FCA, Marchionne conspired to negotiate a new four-year contract with the UAW “designed, through the power of pattern bargaining, to cost GM billions.” Marchionne died in 2018.

FCA will vigorously defend itself against this “meritless” lawsuit, Manley said in the letter to staff, seen by Reuters.

“We will not be slowed down by this act,” he said, adding: “Let’s keep the performance up as it has clearly got some of our competitors worried.”

Manley was not named in the GM complaint and a source close to FCA said he was not linked to the case.

Elkann, a scion of the Agnelli family, also said Exor and the Peugeot family were committed to providing maximum support to the merged company and would provide stability for it in the years ahead.

Fiat Chrysler recalling nearly 700,000 SUVs due to electrical-fault risk, including around 35,000 in Canada
Subscriber content
November 21, 2019 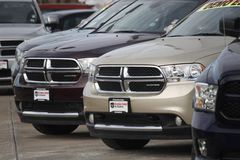 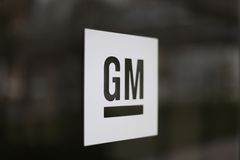 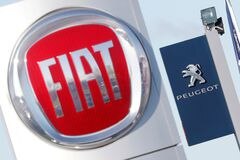