Companies that suck planet-heating emissions from thin air – a process often decried as too costly and little more than science fiction – say they are gaining wider interest from governments and investors to help fix a “code red” climate change crisis.

Called Orca, it will extract 4,000 tonnes of carbon dioxide from the air each year with banks of giant fans equipped with filters, with the captured carbon pumped deep underground where chemical reactions turn it to stone.

A second, far bigger plant in Iceland, is also planned.

Last month, Climeworks also won a $10 million deal to sell carbon credits to Swiss Re over 10 years to help the reinsurance giant reach net zero emissions, the biggest such contract to date.

Climeworks also has carbon accords with companies such as Microsoft, Stripe and Audi.

“When we started in 2009, many people were against, or recommended not to proceed, with direct air capture. It’s a stark contrast with now,” said Christoph Gebald, co-founder and co-CEO of Climeworks.

Even that lower cost is more than the world’s highest current fee charged to emit carbon, which is Sweden’s at $140 a tonne in 2021, according to the World Bank.

But the need to remove carbon already in the air to try to limit damage from climate change is becoming increasingly clear.

A frank report by the United Nation’s Intergovernmental Panel on Climate Change (IPCC) in August said the world is likely to have to reduce carbon dioxide already in the atmosphere to limit rising temperatures.

The report, endorsed by governments, suggests “large scale and long-term experiments and assessments” to figure out the feasibility of such “carbon dioxide removal”, which ranges from capturing carbon from air to planting forests which soak it up as they grow.

So far, direct air capture plants, which capture thousands of tonnes a year, are a pinprick compared to global energy-related carbon dioxide emissions that totalled 31.5 billion tonnes in 2020, according to the International Energy Agency.

Backers of the technologies say they need subsidies or other government support to scale up fast.

“In order to go big, to replicate what solar photovoltaics, wind and electric vehicles are doing, we need government mechanisms,” Gebald said.

Amy Ruddock, vice president Europe for Carbon Engineering, which is based in Canada, said companies were learning fast from deploying technologies but “you need somebody to say, ‘We have to clean up the skies.’”

“That is the role of governments,” she said.

Nicholas Eisenberger, senior adviser to the board of U.S. Global Thermostat, said scaling up carbon removals “has to be an all-hands-on-deck effort” involving players from governments to investors.

He said the IPCC report had boosted awareness of the need to look at new technologies to counter worsening floods, heatwaves and droughts, and more powerful storms.

The direct-air-capture companies will take part in a Sept. 14-15 meeting to review progress, hosted by Climeworks.

Tesla founder Elon Musk also launched a $100 million prize this year to spur technologies to remove carbon dioxode from the air or the oceans.

Many environmental groups say the priority in slowing global warming must be to cut emissions from coal, oil and gas use rather than develop costly technologies like direct air capture to suck back emissions after fossil fuels are burned.

Besides being expensive, capturing carbon from the air itself uses large amounts of energy that would need to be supplied from still-scarce renewable sources to avoid spurring more climate change.

Carbon dioxide also makes up just 0.04% of the air, making it hard to trap no matter how much money is invested.

The Climate Action Network, a group of more than 1,300 organisations in 120 nations, says direct air capture “has no place in decarbonisation scenarios focusing on early and steep carbon dioxide emissions reductions.”

“Direct air capture is definitely a costly distraction,” said Lili Fuhr, head of the international environmental policy division of the Heinrich Böll Foundation in Berlin, which has close ties with the German Green Party.

Apart from being buried underground, captured carbon dioxide can be used to make fuels, as an airborne fertiliser, to put the fizz in drinks or to make a small but growing range of other products.

Despite the hefty pricetag for carbon removal, projects are spreading, driven in part by expected demand as a raft of governments and companies make net-zero-emissions commitments.

In July, Kansas-based engineering firm Black & Veatch won $2.5 million from the U.S. Department of Energy for research and development of a project using Global Thermostat’s technology to capture 100,000 tons of carbon dioxide a year.

No start-up date has been set for the carbon capture facility.

Carbon Engineering is working on a facility to capture a million tonnes of carbon dioxide from the air every year from 2025, to be stored underground in the Permian Basin in the southwestern United States.

The company has also begun engineering work with British firm Storegga on a plant in Scotland that could capture between 500,000 tonnes and a million tonnes of carbon dioxide a year.

Direct air capture companies note that the costs of many renewable energies that could power their technology have plunged, with most wind, solar and other renewable projects underway in 2020 undercutting the cheapest fossil fuels, according to the International Renewable Energy Agency.

“This almost sounds like a science fiction story,” she added. 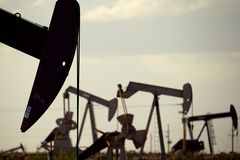 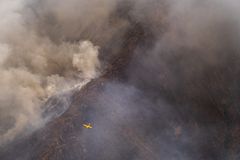 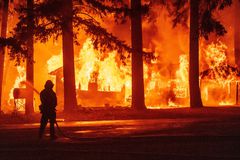