Kobe Bryant, the basketball superstar who won five NBA championships with the Los Angeles Lakers, was killed in a helicopter crash alongside his 13-year-old daughter Gianna in California on Sunday morning, officials said. He was 41.

Chief Daryl Osby of the Los Angeles County Fire Department said nobody survived the crash into a hill in Calabasas, which is approximately 30 miles west of Los Angeles. Los Angeles County Sheriff Alex Villanueva said nine people were on the helicopter – a pilot and eight passengers.

Mr. Villanueva declined to release identities, saying “it would be entirely inappropriate right now” before coroners go through their process.

“This is a moment that leaves us struggling to find words that express the magnitude of shock and sorrow we are all feeling right now, and I am keeping Kobe’s entire family in my prayers at this time of unimaginable grief,” Los Angeles Mayor Eric Garcetti said in a statement.

Reaction to Mr. Bryant’s death was swift in the basketball world and beyond.

In San Antonio, the NBA’s Toronto Raptors and San Antonio Spurs paid their respects by allowing the 24-second clock to expire on each of their first possessions. Mr. Bryant wore No. 24 for much of his career.

“There’s no words to express the pain Im going through with this tragedy of loosing my niece Gigi & my brother @kobebryant I love u and u will be missed,” tweeted former Lakers teammate Shaquille O’Neal, with whom Mr. Bryant won three NBA championships and frequently feuded.

“My condolences goes out to the Bryant family and the families of the other passengers on board. IM SICK RIGHT NOW,” Mr. O’Neal said.

‘This is not real right now’: The world reacts to the death of basketball superstar Kobe Bryant and his daughter

Stunned fans gathered near the Lakers’ home arena – the Staples Center in downtown Los Angeles – surrounding a wreath with a message: “Kobe we love you RIP.” Some in the crowd dabbed tears as others laid flowers and basketball sneakers at the wreath.

“Most people will remember Kobe as the magnificent athlete who inspired a whole generation of basketball players. But I will always remember him as a man who was much more than an athlete,” Kareem Abdul-Jabbar, the all-time NBA scoring leader and former Laker, said on Twitter.

Janet and I have no words to describe our shock and sadness on the tragic passing of Kobe Bryant today. Praying for him and his family. 🙏

Jeannine & I are absolutely shocked to hear of the loss of one of my favorite people & one of the best basketball minds in the history of the game! Our hearts & prayers to Vanessa & his girls. @kobebryant you were my biggest fan, but I was yours #RIPMAMBA @NBA @espn @SLAMonline pic.twitter.com/Ll0BD6VWgr

First responders put out the flames of the crash site, Los Angeles County Sheriff said, posting a picture of a fire truck and smoke emerging from the brush in a ravine.

Mr. Bryant was known to use a helicopter for travel dating to his days as a star player for the Los Angeles Lakers, when he commuted to games in a Sikorsky S-76 chopper, the celebrity news website TMZ said.

The U.S. Federal Aviation Administration identified the crashed helicopter as a Sikorsky S-76, saying in a statement that the FAA and the National Transportation Safety Board would investigate.

Shocked and in complete disbelief... A father, husband, legend, and idol gone way too soon. Thank you for the time, the lessons, and 20 years of greatness. #ripmamba🐍 pic.twitter.com/oqAtpaMlz8

Mr. Bryant won five NBA championships with the Lakers and was named an NBA all-star 18 times in his 20-year career with the team. He was third leading scorer in league history with 33,643 points until LeBron James passed him on Saturday.

Nicknamed “The Black Mamba,” he became eligible to enter the Hall of Fame this year and is certain to be selected when the 2020 class is enshrined.

Mr. Bryant and his wife, Vanessa, had four daughters: Gianna, Natalia, Bianca and Capri, who was born in June, 2019.

Mr. Bryant’s star power translated into the entertainment world as he mingled with show-business stars in Los Angeles.

In 2018, he won an Oscar for his animated short film Dear Basketball.

But he was also accused of sexual assault in 2003 by an employee at a Colorado hotel, tarnishing his reputation and leading to a media storm to cover his trial.

Mr. Bryant denied the allegations and charges eventually were dropped after the woman refused to testify.

Mr. Bryant and his wife filed for divorce in 2011 after 10 years of marriage, but the couple said in 2013 they had reconciled.

M.r Bryant’s father, Joe “Jellybean” Bryant, also played in the NBA, and Kobe Bryant demonstrated from an early age he would surpass his father’s accomplishments.

The Philadelphia native went straight from high school to the NBA, skipping the college ranks. Since he was still only 17 years old, his parents needed to co-sign his first contract with the Lakers and he played his first game with the team shortly after turning 18 in 1996.

He retired after the 2015-2016 NBA season because of mounting injuries. In recent years, he had focused his attention on philanthropy and business ventures. 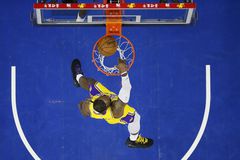 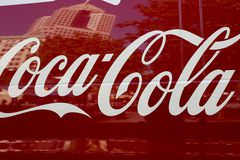 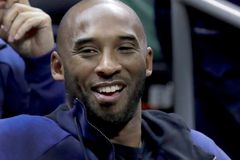