Britain will allow Huawei Technologies Co. Ltd. a restricted role in building parts of its 5G network, seeking a middle way in a bitter dispute between the United States and China over the next generation of communications technology.

Huawei, the world’s biggest producer of telecoms equipment, is under intense scrutiny after the United States told allies not to use its technology because of fears it could be a vehicle for Chinese spying. Huawei has categorically denied this.

Britain’s National Security Council, chaired by Prime Minister Theresa May, met to discuss Huawei on Tuesday. Britain will block Huawei from all core parts of the 5G network and access to non-core parts would be restricted, two security sources said on condition of anonymity.

“It’s essential that we get the balance right, ensuring that our networks are built in a way that is secure against interference from whatever source, but also are competitive,” said Britain’s Finance Minister, Philip Hammond.

The 5G network, which will offer much faster data speeds and become the foundation stone of many industries and networks, is seen as one of the biggest innovations since the birth of the internet itself a generation ago.

In what some have compared to the Cold War arms race, the United States is worried 5G dominance would give a competitor such as China an advantage Washington is not ready to accept.

European countries are treading a fine line in the dispute between the world’s two most powerful countries, under pressure from the United States to take a hardline on Huawei but also anxious not to sour trading and diplomatic relations with China.

Huawei welcomed London’s move, although ministers cautioned that a final decision may not have been made.

Britain’s compromise could provide a template for other Western countries to follow as they try to navigate the row between Beijing and Washington.

The world’s leading intelligence-sharing network – the anglophone Five Eyes alliance of the United States, Britain, Australia, Canada and New Zealand – will not use technology from Huawei in its most sensitive networks, a U.S. official said.

“What I see playing out here is a discussion amongst all of us about the realities of where do you define sensitive networks, where does that start and end,” said Rob Joyce, a senior official from the U.S. National Security Agency.

For Britain’s spymasters, the riddle of Huawei is only a part of the wider challenge of securing 5G networks and what they see as the much more fundamental threat from China’s dominance in certain globalized technologies of the future.

Ciaran Martin, head of the cybercentre of Britain’s main eavesdropping agency, GCHQ, played down any threat of a rift in the Five Eyes alliance and said any decision on Huawei had to take into account Britain’s international trading posture.

When asked if the United States was softening on Huawei, he said he "wouldn’t get into language like softening.”

“I welcome the debate is beginning to inch into wider territory about general standards of security required for 5G to protect us and our allies from any attack,” said Mr. Martin, head of the National Cyber Security Centre (NCSC).

Huawei, founded in 1987 by a former engineer in China’s People’s Liberation Army, denies it is spying for Beijing, says it complies with the law and that the United States is trying to smear it because Western companies are falling behind.

Huawei’s equipment is either not present or is being stripped out of existing core networks in Britain, but is widely used in lower risk parts such as radio masts.

The telecoms equipment market is dominated by three suppliers – Huawei, Sweden’s Ericsson and Finland’s Nokia Corp. – and network operators oppose any move that would limit competition among them.

What Britain is trying to do is keep Huawei’s technology away from the brain of the network, while using it in the less sensitive parts of the nervous system.

“Our most important security alliance is the Five Eyes intelligence sharing network,” Mr. Tugendhat said. “The problem with therefore having Huawei running our infrastructure is that it undermines that trust.”

Mr. Tugendhat said it was difficult to define core and non-core with 5G and that the Chinese company should not be allowed to build Britain’s 5G network.

One of the biggest changes between 4G and 5G is the ability to take the advanced computing power usually kept in the protected “core” of a network and distribute it to other parts of the system.

This will provide more reliable high-speed connections. But it also means engineers will no longer be able to clearly ring-fence the most sensitive parts of the system, U.S. officials say.

Chris Watson, head of the technology, media and communications group at law firm CMS, said it was not clear how 5G technology would develop, and more data processing could move to the network edge, blurring the line between the core and periphery.

“It’s not yet clear quite what 5G networks are going to consist of, and therefore where the real processing power and communications links are going to be located,” he said. 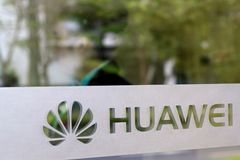 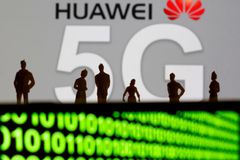 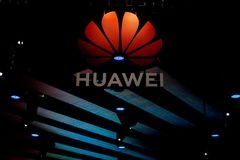