Ten Democratic presidential candidates sparred in a second round of debates Tuesday night in Detroit, where they battled over health care, immigration and who would be the best nominee to take on President Donald Trump in next year’s U.S. elections.

Here are some key takeaways from the first night of the July Democratic debates:

Senators Elizabeth Warren from Massachusetts and Bernie Sanders from Vermont are considered fierce rivals for the progressive wing of the Democratic Party. While they agree on many policy ideas, they have vastly different styles and were expected to clash in their first debate match-up.

But instead of verbal fireworks, they shared a warm embrace on stage and largely avoided attacking each other. Both pledged to rein in multinational corporations, criticized free trade and called for a sweeping overhaul of the political culture in Washington.

They both dismissed criticism from more moderate opponents as “Republican talking points” and saved their fiercest barbs for Mr. Trump. “I get it, there is a lot at stake and people are scared,” Ms. Warren said. “But we can’t choose a candidate we don’t believe in just because we’re too scared to do anything else.” Mr. Sanders called on voters to “come together in an unprecedented grassroots movement to not only defeat Trump but to transform our economy and our government.”

In a crowded field of candidates vying for the Democratic Party’s centre, John Delaney managed to grab the spotlight. He repeatedly attacked Ms. Warren’s and Mr. Sanders’ positions on free trade and universal health care as “fairy-tale economics” and warned that ideas such as health care for undocumented immigrants are so unpopular among moderate voters that they would all but assure that Mr. Trump is re-elected.

The former Texas congressman entered the Democratic presidential race earlier this year riding a flurry of publicity from last year’s Senate race against Ted Cruz. But he has struggled to maintain his momentum.

He came under attack from fellow Texan Julian Castro during the first round of Democratic debates last month. This time, Mr. O’Rourke didn’t have to fend off much criticism. But he got scant airtime and spent much of it talking about his Senate race, leaving little opportunity to sell voters on his message of uniting a polarized country.

A three-term senator from Minnesota, Amy Klobuchar has pitched herself as a centrist who can win over moderate voters with Midwestern pragmatism and a long track record in politics.

But her low-key presence meant she struggled to dominate the crowded debate. She dodged chances to spar with opponents, sidestepping a question from CNN moderator Jake Tapper, who asked her to identify which of her opponents she thought were making empty promises to get votes. “Everyone wants to get elected,” she said, later adding, “We are more worried about winning an argument than winning an election.”

Analysis: Democratic contenders too busy fighting each other to worry about Trump yet

Twenty Democratic presidential candidates to take the debate stage: Everything you need to know

A party divided along ideological lines

The debate laid bare the deep divisions within the Democratic Party. Ms. Warren and Mr. Sanders are pushing for a progressive agenda of tax hikes for the wealthy and dramatically expanded government support for health care and education as ways to tackle income inequality.

Mr. Hickenlooper warned that policies such as the Green New Deal, a broad climate change and economic development plan from the party’s progressive wing, would turn off moderate voters. “Far too often Democrats sound like they’re part of the problem,” said Mr. Bullock, using his first debate of the presidential race to criticize Ms. Warren and Mr. Sanders for attacking the fossil-fuel industry.

With the United States-Mexico-Canada Agreement (USMCA) still awaiting congressional approval and a new round of U.S.-China trade negotiations under way this week, Tuesday’s debate revealed that several Democratic presidential candidates agree with Mr. Trump on trade.

“I think President Trump was on to something when he talked about China,” said Ohio Congressman Tim Ryan in signalling his support for Mr. Trump’s tariffs on steel imports. The U.S. has to “out-compete” China for control of the world’s green-energy industry, he said, by investing in the manufacture of electric vehicle batteries and solar panels.

Ms. Warren said U.S. trade policies had been written to favour large corporations and that the central feature of the USMCA is “to help pharmaceutical companies get longer periods of exclusivity to charge Canadians, Americans and Mexicans more money and make more profit.”

In contrast, Mr. Delaney said he was the only candidate who had backed the Trans-Pacific Partnership, a sweeping trade deal signed last year by Canada, Japan and nine other Pacific Rim countries despite opposition from Mr. Trump. “President Trump wants to build physical walls and beat up on immigrants,” Mr. Delaney said. “Most of the folks running for president want to build economic walls to free trade.”

Mr. O’Rourke called the President’s trade war with China a “huge mistake” that had driven up costs for consumers and harmed U.S. farmers.

How the candidates perform this week will be crucial in deciding who gets to advance to the next round of debates in September, which will require at least 130,000 individual donors and at least 2-per-cent support in public opinion polls in order to qualify.

Opinion
The Democratic Party is showing that radical ideas are not generational
July 19, 2019 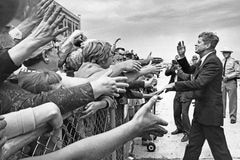 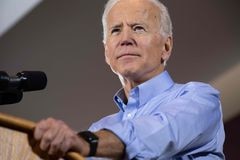