The joint investigation between Iran and Ukraine into last month’s downing of a passenger plane has broken down amid acrimony over the level of compensation Iran should pay, as well as the leak of a recording that appears to confirm Iranian officials knew immediately that their military had shot Ukraine International Airlines Flight 752 out of the sky with a missile.

The dispute between Tehran and Kyiv closes one of the last useful channels of information about the Jan. 8 disaster that killed all 176 people on board, including 57 Canadian citizens and 29 permanent residents of Canada.

Ukraine and Iran initially agreed to investigate the catastrophe together, but the co-operative mood quickly soured over access to the crash site and other evidence. Still, the presence of Ukrainian investigators in Tehran played an important role in forcing Iran to gradually reveal what had happened to the plane, and there had been lingering hope that Tehran would eventually allow the plane’s so-called “black boxes” – which contain critical data about the flight’s last moments, as well as cockpit conversations – to be taken to Kyiv for analysis.

That possibility seemed to evaporate after Ukrainian President Volodymyr Zelensky dismissed an Iranian compensation offer of US$80,000 a victim as “too little.”

“Of course, human life is not measured by money, but we will push for more,” Mr. Zelensky told Ukraine’s 1+1 channel in an interview televised Sunday. He called again for the black boxes to be brought to Kyiv and rejected an offer to have Ukrainian officials examine the devices in Tehran.

Shortly after the interview aired, the same channel published a recording of a Farsi-language conversation between the air traffic control tower at Tehran’s Imam Khomeini International Airport and the pilot of an Iranian plane who said he had seen an explosion in the sky on the morning of Jan. 8.

In the wake of the leak of the audio – which Tehran acknowledged was legitimate, saying it had provided it to Ukrainian investigators on the condition it remain secret – Iran said it would no longer share information with Ukraine. “This action by the Ukrainians led to us not sharing any more evidence with them,” Hassan Rezaifar, the head of Iran’s Civil Aviation Organization, said Monday.

The Canadian government is feeling its own frustration that Iran hasn’t yet acted to further the investigation by sending the flight data recorders abroad – although it isn’t yet throwing its hands up in the same way as the Ukrainians.

“In this case, the eyes of the world are turned toward Iran,” Foreign Affairs Minister François-Philippe Champagne said outside the Commons on Monday.

The international convention on civil aviation calls for the flight data recorders from the downed plane to be sent for analysis “without delay,” but Iran has yet to send them to a laboratory equipped to analyze them, Mr. Champagne said.

He said that members of the international co-ordination group, a group of countries that lost citizens in the tragedy, held a conference call earlier Monday to discuss their concerns.

He did not answer questions about whether Iran has made an offer to compensate the families of Canadian victims of the disaster, but said the co-ordination group had formed a subgroup to discuss compensation with Iran.

The recording released by the Ukrainians adds to the already substantial body of evidence indicating Iranian officials knew immediately what had happened to Flight 752, even though the government insisted for three days that the plane had crashed because of a technical problem.

“A series of lights like … yes, it is missile, is there something?” the pilot of Aseman Airlines Flight 3768 asks the controller. Flight 3768, en route from the southern Iranian city of Shiraz, was due to land in Tehran at 6:25 a.m. on Jan. 8, just 13 minutes after the Ukrainian plane was destroyed.

"How many miles away? Where?" the controller responds.

The pilot replies that he thinks the flashes came from the direction of the city of Payam, which has been identified as the location of the Tor-M1 anti-aircraft system, operated by the Islamic Revolutionary Guard Corps, that shot down the airliner.

Iran’s air defences were on heightened alert the morning of Jan. 8. A few hours earlier, the Revolutionary Guards had fired a volley of ballistic missiles at U.S. military targets in neighbouring Iraq in retaliation for the Jan. 3 assassination of their commander, General Qassem Soleimani.

“We were not informed of this,” the controller replies. He asks the pilot whether he thought the missile was heading toward or away from Tehran.

“Dear engineer, it was an explosion,” the pilot responds.

The controller then repeatedly tries to contact the Ukrainian airliner but gets no reply. After a delay, he tells the Aseman Airlines pilot that he and his passengers can continue with their landing at Tehran’s airport. “I don’t think there will be any problem for you.” 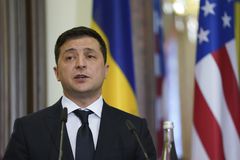 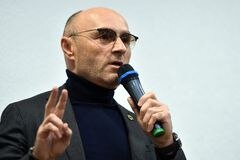 Follow Mark MacKinnon and Campbell Clark on Twitter @markmackinnon @camrclark
Report an error Editorial code of conduct
Due to technical reasons, we have temporarily removed commenting from our articles. We hope to have this fixed soon. Thank you for your patience. If you are looking to give feedback on our new site, please send it along to feedback@globeandmail.com. If you want to write a letter to the editor, please forward to letters@globeandmail.com.
Comments