Malls were once the site of angry protests in Hong Kong, but this time, the noise was for something quite different.

As a fencing judge in Tokyo confirmed that the Olympic gold had gone to Cheung Ka-long in individual foil, the crowd which had gathered Monday evening in front of huge screens at the shopping centre in Hong Kong’s Kwun Tong district erupted in screams and applause.

It was the first medal for Hong Kong since 2012, the first gold in more than 20 years and only the second in history.

Cheung’s glory was followed by more on Wednesday: Swimmer Siobhan Haughey took silver in the women’s 200-metre freestyle to make it Hong Kong’s most successful Olympics. Nor is it over for Haughey, who beat out Canada’s Penny Oleksiak and American Katie Ledecky on Wednesday, and could yet add more metal to her haul in her coming events.

“The Hong Kong Olympic delegation wouldn’t have dared to dream that after five days we would have two medals – let alone that they would be gold and silver,” Paul Ryding, a sportswriter for the South China Morning Post, wrote after Haughey’s performance.

The bitterness and anger left over from the protests that rocked Hong Kong in 2019 have not faded. While public unrest is not seen today, that is only because the Chinese government imposed a national security law on the city last year, not because any of the issues which sparked the protests have been solved.

In the 13 months since the security law came into force, it has been used to dismantle the pro-democracy opposition, landing almost every prominent activist and former lawmaker in prison or facing trial. The Apple Daily newspaper was forced to close, and this week the first person charged under the law was found guilty of terrorism and secession, facing potentially life in prison.

Tens of thousands have left the city, mainly to Britain and Canada, and officials from both countries said they expected the flow to increase once the coronavirus pandemic eases and international travel is easier. Hong Kong is also dealing with lingering economic problems from the protests, the security law and the coronavirus, which has also prompted the local government to impose some of the strictest quarantine measures in the world, essentially cutting the city off from many countries.

Sporting glory doesn’t make any of that go away, but it does bring some cheer to a city that is in much need of it.

“Because of COVID and the social environment, the atmosphere, we cannot just gather around,” one person watching Cheung’s victory in Kwun Tong told public broadcaster RTHK. “So I think this is something that could cheer us up at the moment.”

The city’s chief executive, Carrie Lam, said she was thrilled by Cheung’s “outstanding skills and calmness as well as perseverance in adversity during the competition.”

“His excellent result is testimony to the capability of Hong Kong athletes and makes all Hong Kong people proud,” Lam said in a statement.

Multiple businesses announced giveaways to residents who share a name or initials with Cheung, while the city’s subway operator said he could ride free for life.

Both he and Haughey will also receive substantial payouts from a fund set up to reward elite athletes.

Speaking after her victory, Haughey said she “hoped Cheung Ka-long’s and my performances this Olympics can push fellow Hong Kong athletes competing.”

To the athletes “watching at home in Hong Kong,” she added, “keep training, because it will be your turn soon.”

While the medalists and their coaches have been stridently anti-political, avoiding any statements or displays that could be read as sympathetic to any side, the existence of the Hong Kong team does speak to the city’s tenuous identity as both part of and separate to the People’s Republic of China, the underlying cause of the 2019 protests.

Hong Kong has participated in the Olympics since 1952, first as a British colony and now as “Hong Kong, China,” using the Chinese national anthem but the city’s own flag. Its athletes compete against, and occasionally beat, their compatriots from across the border.

What once might have been a sort of sisterly competition has become more fraught as support for Hong Kong independence has risen in recent years and the Chinese government becomes more suspicious of anything that smacks of pro-secessionist rhetoric.

There was some anger on the Chinese internet when members of the Hong Kong Olympic delegation were seen applauding Japan’s victory over China in table tennis, and pro-Beijing politicians in Hong Kong also criticized Hong Kong badminton player Angus Ng for wearing black, a colour of the 2019 protests. Ng later explained he wore his own clothes because he is currently without an individual sponsor.

It was a sign of the unhappy, resentful cloud that has hung over the city since 2019, one that briefly, this week, was outshone by golden and silver success.

How China is on guard for Olympic insults

Diplomats and state media have seized on any slight, real or perceived, at the Games and online, James Griffiths reports.

From dresses and skorts to hijabs, badminton’s women Olympic athletes wear what they like in Tokyo
Subscriber content
July 28, 2021

Bittersweet day for Canadian Haley Daniels despite not advancing in Olympic debut of women’s canoe
July 28, 2021 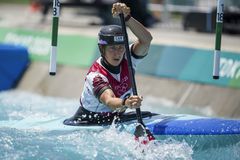 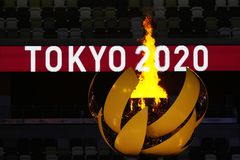