For the second time in eight years, a U.S.-trained military officer has emerged as the leader of a coup in Mali, sparking new questions about the effectiveness of security training programs that Canada has repeatedly supported.

Colonel Assimi Goita, who participated in a U.S.-led training exercise last year and graduated from a separate U.S. training course in 2016, has declared himself the chairman of the junta that arrested Mali’s president and prime minister and seized control of the West African country this week.

Photos on U.S. websites, now deleted without explanation, show a U.S. military trainer posing with Col. Goita during an exercise in West Africa last year, and U.S. officials giving him a certificate from an educational course at a U.S.-German security centre in 2016.

A coup in Mali in 2012 was led by Captain Amadou Sanogo, who received U.S. training on six separate occasions. His involvement in that coup was “very worrisome for us,” the commander of the U.S. Africa Command acknowledged later.

Thousands of Mali’s soldiers and police have been trained in security-sector programs by European and North American military and police forces, including those of Canada. But the training, which critics say is too limited and ineffective and sometimes neglects to teach democratic values, failed to prevent the two coups that have destabilized the country and exposed its political fragility.

Western governments have seen Mali as a crucial battleground in the fight against Islamist radicals. But the military coup in 2012 strengthened the Islamist insurgency, and the coup this week could further embolden the rebels.

Canada has regularly sent military trainers to the annual U.S.-led Flintlock military training exercise in West Africa, where Col. Goita and other Malian military officers were participants last year (although Niger was the primary partner for the Canadian trainers).

The Flintlock exercise is intended, according to the U.S. military, to strengthen the ability of nations in the region to counter violent extremist organizations, protect their borders, and provide security for their people.

Over the past 18 months, Canada has also deployed 21 police officers in Mali to provide advice and training to the country’s police. In the past, Canadian forces have participated in a U.S.-led counterterrorism training program to help Mali’s military fight the Islamist insurgency.

General Carter Ham, commander of the U.S. Africa Command at the time, questioned the effectiveness of the counterterrorism training program after the 2012 coup, suggesting it was flawed because it had neglected democratic values.

“I believe that we focused exclusively on tactical and technical [aspects],” Gen. Ham said in a speech in 2013. “We didn’t spend, probably, the requisite time focusing on values, ethics and military ethos.”

He voiced his concern about Captain Sanogo, the coup leader in 2012, who had been given English training in Texas, intelligence training in Arizona, infantry officer training in Georgia and did a stint with the U.S. Marine Corps in Virginia.

A study by two scholars, published in the Journal of Peace Research in 2017, found that U.S. military training programs were associated with a higher risk of coups and coup attempts. Over a 40-year period, two-thirds of successful coups were carried out by officers who had participated in U.S. training, it found. Countries with U.S.-trained officers were nearly twice as likely to experience a coup or an attempted coup, partly because the training had increased the military’s power in relation to the government, the study concluded.

In recent years, the multinational training efforts in Mali have expanded, but they remain flawed and ineffective, failing to prevent human-rights abuses by Malian troops, analysts say.

Bruno Charbonneau, director of the Centre for Security and Crisis Governance at Royal Military College Saint-Jean in Quebec, said the training programs for Malian soldiers tend to be relatively short – a few days or weeks – and usually lack any significant follow-up.

While the programs can help soldiers to make political connections and gain faster promotions and higher salaries, and are a “low-cost and low-risk” intervention by the countries that provide the trainers, the training tends to fail in resolving key problems in countries such as Mali, he said.

The European Union’s training mission in Mali, known as EUTM, has trained more than 10,000 soldiers, but “it is a well-known fact among experts that the results are largely unknown or have always been superficial, to say the least,” Mr. Charbonneau said.

“If you ask EUTM trainers, they will often tell you in confidence that they have little to no impact. Now that we know of several incidents of human-rights abuses by Malian armed forces, and this latest coup, EUTM and similar programs should be completely reassessed and transformed.”

Adam Sandor, a Mali expert at the Centre FrancoPaix for Conflict Resolution and Peace Missions at the University of Quebec in Montreal, said the international training missions have tended to benefit the Malian officers without safeguarding the military’s role as a professional institution.

All of the military officers involved in Mali’s coup this week have “a very long pedigree in international training,” Mr. Sandor noted.

The Canadian trainers in Mali have a difficult challenge in a country where armed insurgencies are raging, he said. “It’s very hard to build a security force while you’re also conducting war. It’s like trying to fix a car while you’re driving it.” 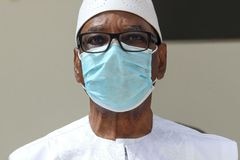 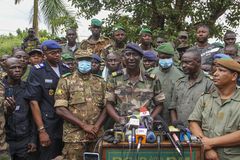 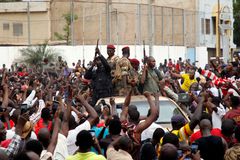