At any other time, the Hotel Marko would barely rate a glimpse from travellers as they sped along the highway outside Przemysl, which leads to Poland’s border with Ukraine.

The two-storey hotel is easy to miss despite its bright yellow walls and turret motif. It sits behind an empty furniture store and a deserted restaurant, both closed because of the pandemic.

The Marko’s 15 rooms – painted either green or white – offer few amenities for its three-star rating beyond a table, a couple of chairs, a television and a kettle.

There’s a broken fridge in the lobby selling warm soft drinks, and a rack of postcards featuring pictures of local attractions.

But ever since Russian bombs began pounding Ukraine last week, the Marko has become a haven for Ukrainians fleeing the war and something of a symbol of Polish generosity. More than 500,000 people have left Ukraine since the war started and most have headed to Poland. The Marko is among the first hotels on the way into Przemysl; for many it was their first stop in a search for shelter.

During a visit last weekend, the hotel was buzzing with a cross-section of people affected by the violence, including a pregnant woman panicked about her soon-to-be born daughter, a widower waiting desperately for word from his son and a brother searching for his sibling.

At the centre of it all stood Anna Kowalik, the no-nonsense owner who has run the Marko with her husband, Waldemar, for more than 20 years.

On Saturday Ms. Kowalik nearly broke down as she recalled telling one Ukrainian family on Friday that she didn’t have a spare room. As if to make up for that failing, that night four Ukrainian refugees stretched out across the lobby’s two sofas, tucked in for the night at no charge.

One of them was Maria Oliynukov, who cuddled her two-year-old son, Andrej, and thanked God they were out of Ukraine. They’d spent two days journeying from Ivano-Frankivsk in the western part of the country, and ended up at the Marko with nothing but a couple of bags of clothing. “I’m full of stress,” she said wearily.

She couldn’t thank Ms. Kowalik enough and hoped that by morning her husband would arrive from Berlin. where he has been working.

Up on the second floor in room 115, Olena Tsebenko was trying to figure out where her first child would be born. She’s nine-months pregnant and due any day. The 31-year-old social worker left Lviv in western Ukraine on Thursday with her husband and his father, racing out the door as the air raid sirens first sounded. They waited for hours in their car at the Polish border and got across just before the Ukrainian government banned adult men from leaving.

Her husband, Andrii Tsebenko, who is also 31, joked that his wife’s swollen belly came in handy during the trip. “It was a big line at the border and we have to move through this line and we were asking people, ‘Please understand our situation,’ and it helped,” he said.

The couple spent Saturday searching for a doctor and somewhere to settle until the baby arrives. “We know it’s a girl,” Ms. Tsebenko said with a smile. “We’re naming her Vira, which means hope.”

Downstairs in the Marko’s tiny kitchen, Kostiantyn Perevoznyk prepared a meal with his wife, Olena Nikitina, and their five-year old daughter. They arrived at the hotel from Dnipro, in central Ukraine, making the 1,300-kilometre journey by train and car. They’re looking for somewhere to live in western Poland near the German border, where Ms. Nikitina, 35, can pick up work as a computer programmer.

He had scathing words for Russian President Vladimir Putin and little doubt that Ukraine would fend off the invaders. Mr. Putin “thought Ukrainians would throw flowers on his tanks but they are preparing Molotov cocktails,” he said, practically spitting the words.

Down the hall in the lobby Yurii Nekondor paced the floor waiting for word from his brother who was stuck at the border. Mr. Nekondor had driven to the Marko from Berlin, where he’s been working off and on for five years.

He’d already met up with his teenage son, Nikita, who’d arrived at the hotel from Kamianets-Podilskyi, a small city in western Ukraine, after two days of travelling. Nikita sported a huge cast on his left arm, the result he said of being pushed to the ground by the shock of a bomb blast.

Mr. Nekondor’s sister-in-law, Victoria, had also arrived with her two children and a couple of friends from the same Ukrainian city. But there was no sign of her husband.

Five of the women in the group shared three beds and the floor in room 106. As evening fell on Saturday one of the youngsters, Nelli, tried to lighten the mood with some daring acrobatics that had Nikita in stitches.

By the time the sun came up Sunday morning there was good news at the Marko.

The husband of Ms. Oliynukov, the woman sleeping in the lobby with her son, had arrived overnight and the couple shared a joyous hug. The Tsebenkos had found a doctor and a flat in Przemysl. The owner of the flat refused to accept any rent and told them to donate the money to the Ukrainian army instead. Nelli and another young woman in Mr. Nekondor’s group had found more permanent shelter elsewhere.

But there was also more pain. Mr. Nekondor was still waiting for his brother, and Ms. Kowalik said she was sorry but room 106 had been booked out to another family that night. If Mr. Nekondor’s brother didn’t show up by 11 a.m., they’d have to find somewhere else to stay. “I must wait,” he said. “I’ll try to find another place.”

By Monday he’d returned to Germany without him.

Outside in the parking lot Oleg Vytrykush, 34, was waiting as well. He couldn’t get a room at the Marko and so he’d slept in his car, which wasn’t a problem for Ms. Kowalik.

He’s from Ternopil in western Ukraine, but when his wife died from breast cancer eight years ago at age 21, he had to find carpentry work in Poland to pay the bills that had piled up during her illness. The couple’s two daughters had joined him in Warsaw a few years ago, but his 13-year old son, Arsen, had stayed in Ternopil with his grandparents to finish school.

Now Arsen was on a bus headed for Poland and Mr. Vytrykush had spent three nights in his beat-up green Volkswagen sitting and waiting. The bus had already been rerouted once and Mr. Vytrykush wasn’t sure of its current location.

He’d considered driving to Ukraine to fetch his son, but feared he wouldn’t be allowed back into Poland, leaving no one to care for his children. “If my wife had not died, I would go,” he said.

For now all he could do was wait and keep checking his phone. “It’s very hard when you have a child on the war side,” he said. “I must wait. I wouldn’t live without him.”

Where have Ukrainian refugees gone so far? An overview

Movement onward toward other European countries: 34,600

Movement onward toward other European countries: 34,600 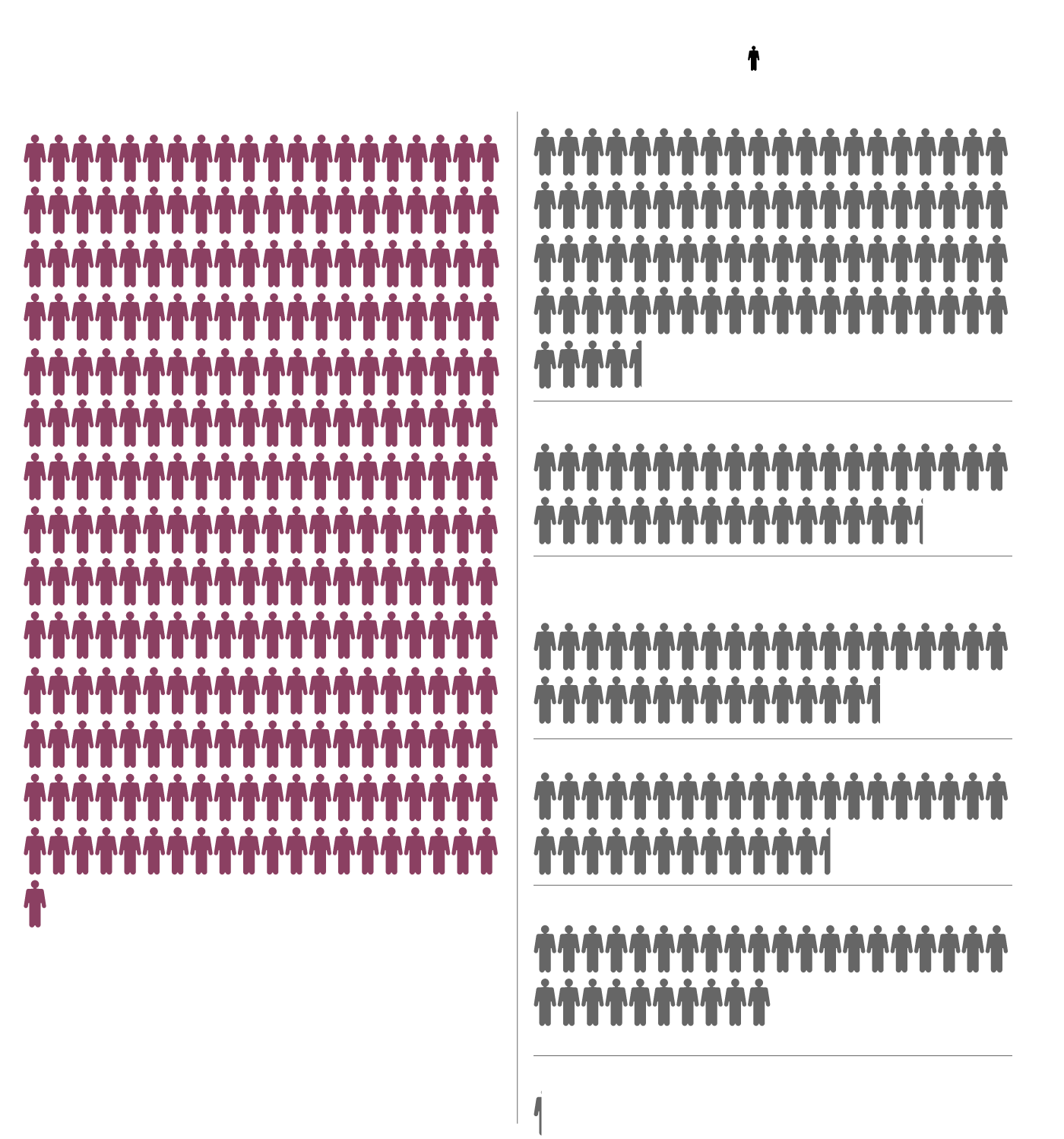 Movement onward toward other