Foreign Affairs Minister François-Philippe Champagne has expressed cautious optimism after a lengthy and unexpected meeting with his Chinese counterpart that consular services may be restored for two Canadians charged with espionage and imprisoned in China.

Mr. Champagne met Wang Yi Tuesday night in his Rome hotel for 90 minutes – their longest face-to-face meeting and first direct talks since they met with each other in Japan last November (though they did meet informally in mid-February in Germany). The Rome meeting had not been scheduled before the two foreign ministers arrived in Italy and was arranged at the last minute by the Italian Ministry of Foreign Affairs.

In an interview Wednesday morning before his flight to Lebanon, Mr. Champagne said he used the meeting to request the restoration of consular services for the detained Canadians, Michael Spavor and Michael Kovrig, and their release.

While he insisted there was no breakthrough on the “two Michaels” file, he said there was some progress on the consular-services front – although his optimism was not reflected in Chinese comments on the discussion.

“It was a productive meeting, and so we are going to continue the engagement,” he said. “We talked about the lack of access to the detainees by consular officials, we talked about lack of access by the families. … We have agreed to put consular officials on both sides to talk to see what can be done, [and] we hope there will be a positive outcome.”

Mr. Champagne said he reminded Mr. Wang, who has been China’s Foreign Minister since 2013, that the denial of consular services for Mr. Spavor and Mr. Kovrig is a violation of the Vienna Convention on Consular Relations.

“We obviously had a number of things where we disagreed profoundly, but to the extent that we can talk, I think it’s a sign of progress,” Mr. Champagne said. “This has been key to our discussions – to make sure the detainees have access to their loved ones.”

He said he also asked for clemency for Canadian nationals sentenced to death in China on drug-related charges.

China’s Foreign Ministry, however, gave no public indication of progress in the talks. An official statement said Mr. Wang has reiterated the country’s position that it sees the release of Huawei chief financial officer Meng Wanzhou as a precondition for any change, saying “there is no historical dispute between China and Canada,” but “whoever started the trouble should end it.” Ms. Meng was arrested in Vancouver in December, 2018, on a U.S. extradition warrant.

Foreign ministry spokesman Zhao Lijian on Wednesday called for Ottawa “to redress their mistakes and create conditions for normal development of our bilateral relations.” Asked specifically if Mr. Wang and Mr. Champagne had agreed on anything, he referred to the establishment of diplomatic relations 50 years ago.

“More than half a century ago, pioneering Canadian leaders braved external pressure and took the right step to establish diplomatic relations with China,” he said. “We hope today Canada will act as a good custodian of what the forefathers built, show the same resolve and take concrete actions to bring China-Canada relations back to track at an early date.”

Mr. Wang was in Rome to kick off a European charm offensive, his first since the pandemic shut down most of the European Union in March. Mr. Champagne is on a whirlwind European and Middle Eastern tour that includes visits to Geneva, Rome and Beirut.

Mr. Wang warned Italy and the rest of the EU to ignore U.S. attempts to build a transatlantic alliance against China. U.S. Secretary of State Mike Pompeo and national security adviser Robert O’Brien have used recent trips to the EU to stir up anti-Chinese sentiment. The United States also wants EU countries to ban the use of Huawei equipment in their 5G networks.

“On the so-called new Cold War … China has no intention in launching any new Cold War,” Mr. Wang said in Rome. “We are resolutely opposed to any promotion of a new Cold War.”

Mr. Champagne would not say whether Huawei, China’s premier telecommunications company, was raised in his discussions with Mr. Wang.

Relations between China and Canada began to fray when Canadian police arrested Ms. Meng. Shortly thereafter, Mr. Spavor, a businessman, and Mr. Kovrig, a former diplomat, were arrested. Citing the pandemic, Chinese authorities have not permitted diplomatic access to the men since mid-January.

Mr. Kovrig is being held in a detention facility in Beijing; Mr. Spavor in Dandong, on the border with North Korea. The two Canadians face the imminent possibility of court proceedings. They have been charged with state secrets violations punishable by life in prison, and conviction rates in China are exceedingly high. No information on their trial dates has been released.

In Rome, Mr. Champagne met with Italian Foreign Affairs Minister Luigi Di Maio and talked about strengthening trade and investment ties between the two countries under CETA – the Canada-European Union Comprehensive Economic and Trade Agreement. They also discussed the agenda for the 2021 Group of 20 summit, which is being held in Italy.

In Lebanon, Mr. Champagne will be meeting with Lebanese President Michel Aoun, who is overseeing the rebuilding of Beirut after the Aug. 4 explosion of some 2,700 tonnes of ammonium nitrate in its port. Canada has pledged $30-million in recovery and humanitarian assistance.

Canada has also offered to send RCMP investigators to assist the French national police and the U.S. Federal Bureau of Investigation in probing the circumstances that led to the explosion, which killed at least 181 people, including two Canadians, and left about 300,000 homeless. Mr. Champagne said he will discuss the parameters and direction of the investigation with Mr. Aoun. “Our involvement would be to get to the bottom of things, to have truth, justice, transparency,” he said.

He added that Canada may send wheat to Lebanon, which lost most of its stored grain in the explosion. “We made the offer,” he said. “The Red Cross there needs supplies.” 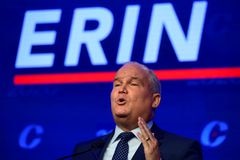 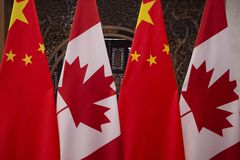