Thomas Wilner has spent the past 17 years of his life trying to shut down the prison camps and military commissions at Guantanamo Bay. A key member of the legal team that won two pivotal U.S. Supreme Court decisions that helped establish habeas corpus rights for prisoners on the island, the lawyer has tried almost everything – op-eds, legal challenges, speeches at conferences, appeals to political power brokers. But in recent years, a place many Americans would rather forget about entirely has similarly disappeared from the political discussion, overtaken by a seemingly endless cascade of crises and scandals.

“You can’t get the press to cover it – in the craziness of the Trump administration, this is nothing,” he said. “The U.S., for 18 years now, has had a prison outside the law and nobody seems to give a damn.”

As it nears its 19th birthday, the Guantanamo Bay detention camp has become a fading but unshakable relic of the post-9/11 age. Once, it housed more than 700 prisoners. Today, only 40 remain, among them the most troublesome cases from Washington’s perspective – those inmates deemed too innocent to convict yet too dangerous to let ago. For years, they have sat in limbo, never charged with a crime, their detention coming at the cost of hundreds of millions of dollars a year.

It might feel like a lifetime ago, but the camps were once a mainstay of federal policy debates in America, the subject of intense backroom negotiation and very public acrimony. President Barack Obama made closing the facility a signature issue of his first election campaign in 2008, and signed an executive order on his second day in office ordering the facilities closed within a year.

At the time, it seemed plausible he could get it done – Democrats controlled both the Senate and the House, and with the Bush administration having already managed to transfer or release more than 500 prisoners by the time Mr. Obama took office, there was support among at least some Republicans for following through and shutting down the facility completely. It was, and remains today, a diplomatic and moral embarrassment for the United States, a place synonymous with the worst abuses of the war on terror, from indefinite detention to secret evidence to torture.

But furious resistance to the idea of relocating prisoners to the continental United States, coupled with a reluctance on the part of the Obama White House to spend political capital on an issue with little domestic upside at a time when legacy-defining policies such as the Affordable Care Act were at stake, brought the mission to close the camps to a standstill. Eventually, the Obama White House backed down in the face of intense pushback from Republican (and, occasionally, Democratic) lawmakers, some of whom sought to paint any attempt to shutter the camps as akin to letting a group of hardened terrorists have another shot at attacking the United States.

In the years since, Guantanamo Bay has become the subject of a gradual communal forgetting. Besides a vague and likely meaningless promise to fill it with “bad dudes,” Donald Trump said little about his plans for the detention facilities. And during the recent presidential campaign, it received almost no attention.

“Whoever is in the White House has the ability [to work to close the camps],” said Aliya Hussain, an Advocacy Program Manager at the Center for Constitutional Rights. “It’s not this impossible problem it’s made out to be by politicians who just don’t want to touch it.”

For example, Ms. Hussain said, the government could speed up the prisoner transfer process by not contesting or appealing detainees' habeas corpus court cases (there are fewer hurdles to getting a prisoner transfer when the order for that transfer comes from a U.S. court).

“If you are unable to charge someone after 19 years, you should let them go.”

For his part, Joe Biden has expressed support for closing the camps, calling them “an advertisement for creating terror.” But the president-elect has made almost no effort to explain in detail how he’d go about transferring, trying or releasing the final 40 prisoners who remain. There is, in effect, no good political reason to do so – in a year marked by a deadly pandemic, record unemployment and a country that at times seems engaged in a cold war with itself, speaking at length about closing an 18-year-old prison camp does little to garner ratings or votes.

According to someone familiar with the matter, to whom The Globe and Mail granted anonymity because they were not authorized to speak publicly, members of the Biden team have previously met with lawyers who’ve worked on the Guantanamo file. During those meetings, the lawyers proposed some ideas for closing the camps. But it is unclear how much of a priority those ideas will be at a time when the Biden administration has myriad domestic crises to deal with and a deeply antagonistic Republican party in opposition.

Pressed on the issue during a Democratic primary debate last December, Mr. Biden said closing the Guantanamo detention camps requires congressional authority – a reference to provisions passed by Congress during the Obama presidency that all but barred the transfer of detainees to the mainland United States.

As president, Mr. Biden could challenge the provisions as unconstitutional, or claim executive authority to override them, but his answer in last year’s debate doesn’t imply he’s likely to choose either option. Instead, he could continue the Obama-era policy of quietly brokering deals to send the detainees to myriad foreign countries – deals that were usually lubricated with political and financial incentives for the potential host nations. Such a strategy sidesteps the politically radioactive question of sending prisoners to the United States. But it is nonetheless time-consuming, requires willing partners (many of whom would undoubtedly ask why the U.S. refuses to do what it’s asking other countries to do), and still means a Biden administration will have to make a decision on that final core group of prisoners deemed too innocent to charge but too dangerous to let go.

According to Mr. Wilner, of the 779 prisoners ever brought to Guantanamo, only 16 have been charged and not subsequently had the charges withdrawn. Of the 40 who remain, only nine face terror-related charges. The most important prisoner in the detention facility, Khalid Shaikh Mohammed – who, alongside four others, is accused of masterminding the 9/11 attacks – has yet to face a completed trial, more than 17 years after his arrest.

It is possible that the U.S. government may decide to take the path of least resistance on Guantanamo Bay – to simply keep trying to convict the prisoners it thinks it can under the military commission system and let all the others live out the rest of their lives in the detention camps. Any other approach will require both deal-making and public-relations efforts, meaning that a Biden White House would ultimately face the same central question the Obama administration did – how much political capital is it willing to spend on a place that, in the minds of many Americans, belongs to a previous iteration of the United States. 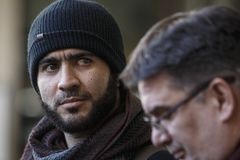 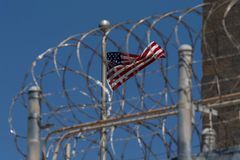 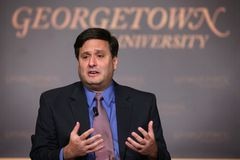