Laboratories that handle potentially deadly viruses should be subject to international regulation and inspection much like chemical weapons, says the former head of the U.S. Centers for Disease Control and Prevention.

In the midst of speculation about a lab leak unleashing COVID-19, Tom Frieden said research is being done around the world on dangerous pathogens but a lack of global oversight is putting people at risk.

“Right now there is essentially zero global collaboration or global oversight on work with dangerous pathogens,” said Dr. Frieden, who was the director of the CDC from 2009 to 2017. “I think we can look at the nuclear world, we can look at chemical weapons, and think of a kind of regulatory inspectional scheme that, even if not perfect, can greatly reduce the risks. Because we have more and more powerful biological tools that can make dangerous organisms.”

Dr. Frieden made the comments during a panel discussion on Wednesday sponsored by Project Syndicate, a Prague-based media organization that is partly-funded by charities including the Bill & Melinda Gates Foundation.

He was asked about speculation that the COVID-19 pandemic could have been caused by a leak of SARS-CoV-2 from China’s Wuhan Institute of Virology, where scientists had been studying bat-borne viruses since the SARS-CoV-1 outbreak in 2002.

The lab-leak theory has gained traction in recent weeks after U.S. President Joe Biden called on the country’s intelligence agencies to investigate whether the virus emerged “from human contact with an infected animal or from a laboratory accident.”

Leaders of the G7 countries and the European Union have also demanded an investigation. China has rejected the hypothesis and an initial investigation by the World Health Organization called the theory “extremely unlikely” and said the pandemic was probably caused by the virus jumping from a bat to a human.

“What we’re seeing globally now is a focus on the lab-leak hypothesis,” Dr. Frieden said. “From a public-health standpoint, how it started in China is of intellectual importance. But whatever the answer, we know that we need to plug two gaps in our global preparedness.”

Dr. Frieden said there must be better prevention of transmission from animal sources, and more risk reduction around laboratories, “because in countries all over the world too much research is being done on too many dangerous pathogens, by too many people, in too many laboratories,” he said. “And that puts all of us at risk.”

Dr. Frieden noted that laboratory accidents have not been uncommon. He pointed out that there had been three serious lab accidents in Britain, including one in 1978 at a facility in Birmingham which stored a virulent version of smallpox. A worker at the lab, Janet Parker, contracted the disease and later died. Ms. Parker’s diagnosis triggered a public-health emergency and hundreds of people were quarantined to prevent an outbreak.

An anthrax leak from a lab in the Soviet Union in 1979 killed at least 60 people, and between 2003 and 2004, the SARS virus was accidentally released from labs in Singapore, Taiwan and Beijing. In 2015, the U.S. Department of Defence shipped live anthrax spores to labs in nine U.S. states and a military base in South Korea.

“So, laboratory errors occur,” Dr. Frieden said. “Laboratory work is very important but we have to do much more to make it safer all around the world.”

Laboratories that handle viruses and bacteria are supposed to follow a system known as Biosafety Levels. The BSL has four levels and each specifies how to contain biological agents depending on their severity. The WHO has also published a biosafety manual but there is no international treaty to enforce the guidelines or the BSL.

Sally Davies, Britain’s special envoy on antimicrobial resistance, agreed with Dr. Frieden it was time to consider something like the chemical weapons convention to regulate laboratories that work with dangerous viruses. The convention, which dates back to 1997, prohibits the development of chemical weapons and includes a verification regime for certain toxic materials that’s managed by the Organization for the Prohibition of Chemical Weapons.

“I don’t mind where COVID came from because the end result is horrible,” Dr. Davies told the panel discussion. ”But I do think, like [Dr. Frieden], that we need a structure going forward that protects us much better … Whether it is through a system like the chemical warfare system or another governmental structure, I don’t know. But I’m not sure we can leave it to scientists, I think society needs to be part of that discussion.”

Rare cases of myocarditis reported after mRNA COVID-19 vaccines: Here’s what you need to know about the potential link
June 24, 2021 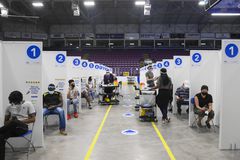 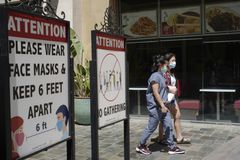 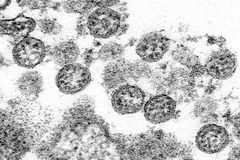