Akhmed Zakayev didn’t need German investigators to tell him Moscow was behind the recent murder of a Chechen rebel in Berlin: Mr. Zakayev knew the Kremlin and its proxies were involved as soon as he heard that Zelimkhan Khangoshvili had been assassinated.

It took German officials until this week – more than three months after the 40-year-old was shot in the head in a park by a Russian national riding a bicycle – to reach the same conclusion. On Tuesday, prosecutors announced they had “sufficient evidence” to indicate that either the Russian state or pro-Kremlin authorities in Chechnya were behind the killing of Mr. Khangoshvili, who had fought in the early 2000s against Moscow’s rule over the largely Muslim region in the south of Russia.

Two Russian diplomats were expelled from Berlin on Wednesday. Chancellor Angela Merkel said the step was taken because German authorities "saw no assistance from Russia in investigating this murder.”

None of the revelations was a surprise to Mr. Zakayev, a former head of the unrecognized Chechen rebel government in exile. Long labelled an enemy of the Russian state, he has been the target of at least two assassination plots during the 17 years he has been living in London.

Mr. Zakayev said the killing of Mr. Khangoshvili was just the latest in a long line of political assassinations targeting the opponents of Russian President Vladimir Putin, who first came to power two decades ago. He said the Kremlin began striking at opponents beyond Russia’s borders in 2004, when a car bomb in Qatar killed another prominent Chechen rebel. After the international community’s muted reaction to that killing, Mr. Zakayev said, the Kremlin became more brazen and began going after its enemies living in the West, even passing a law in 2006 that legalized the extrajudicial killings of those deemed enemies of the state.

“Since that moment, the Russian special services commit crimes outside of the Russian Federation. They don’t see it as a crime. They see it as part of their job,” Mr. Zakayev said in a recent interview at his home in north London, where he receives visitors only after a careful screening process. “Since [the passing of the 2006 law], the people who would commit the assassinations, they have been officially protected by the Russian government.”

Mr. Zakayev, a soft-spoken 60-year-old who was an actor and director in Soviet times, was a prominent figure in the Chechen rebel movement that briefly won de facto autonomy from Russia following a 1990s war. His study is lined with the flag of independent Chechnya, as well as photographs from the era when he served as a Chechen negotiator in meetings with Russia’s then-president, Boris Yeltsin.

But Chechnya’s dreams of independence were crushed after Mr. Putin came to power in 1999 and sent the army into the breakaway region following a series of mysterious apartment block bombings around Moscow that Mr. Putin blamed on Chechens. Mr. Zakayev, who alleges that Russian secret services carried out the apartment attacks as a false-flag operation, says he has been repeatedly told that there is a “black list” of the Kremlin’s enemies – and that he’s near the top of it.

He is also personally reviled by Chechnya’s current pro-Moscow strongman, Ramzan Kadyrov, who is widely believed to have ordered a long string of assassinations.

Mr. Skripal and his daughter, Yulia, survived that attack, but an untargeted bystander who came into contact with the nerve agent, Novichok, later died.

Mr. Zakayev said the West’s answer to the Salisbury attack – 28 countries collectively expelled more than 150 Russian diplomats – was the first response serious enough to give the Kremlin pause about carrying out assassinations, at least in the United Kingdom.

Germany, which, similar to Britain, has large Russian and Chechen diasporas, now faces a similar test, he said.

“If Germany does not take adequate measures to stem this at the beginning, they will be in the same situation as here in Great Britain,” he said. “There are many people in Germany who are on the [black] list.”

The Russian Foreign Ministry has denied any state involvement in the killing of Mr. Khangoshvili and called Germany’s expulsion of the two diplomats an “unfriendly, groundless step.” Moscow, which reciprocated on a tit-for-tat basis when Western countries expelled its diplomats over the Salisbury attack, was expected to respond by expelling German diplomats.

As in the Salisbury case – which British authorities believe was carried out by two members of Russian military intelligence – Mr. Khangoshvili’s alleged assassin appears to have travelled to Berlin on a fake passport.

The bicycle hitman was arrested near the scene after being spotted tossing a handgun and mountain bike into a canal. While the suspect has not co-operated with German police, authorities determined that he flew from Moscow to Paris, then travelled on to Berlin on a passport identifying him as “Vadim Sokolov.”

The open-source investigative website Bellingcat found evidence that Vadim Sokolov was an alias for Vadim Krasikov, who was sought by Russian police – but never arrested – over the 2013 killing of a Russian businessman in Moscow. Video footage shows the assassin in that murder also arrived at the scene by bicycle.

In London, Mr. Zakayev said each attack on a Russian or Chechen exile reminds him that he could be next. He told The Globe and Mail that he knows he won’t be safe as long as Mr. Putin and Mr. Kadyrov are in power.

But, even after pausing the conversation to take a phone call from Mr. Litvinenko’s widow, he said he doesn’t worry about assassination plots any more. “I’m tired of being worried. It’s been 30 years.” 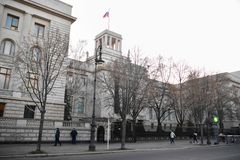 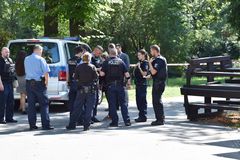