Under President Xi Jinping, China is making an audacious effort to supplant the United States as the world’s superpower. Projecting economic heft through Made in China 2025, a plan to become the leading maker of next-generation technologies; military might with naval manoeuvres in the South China Sea; and diplomatic sway by building new trade corridors across Eurasia through the Belt and Road Initiative, China is determined to dominate the 21st century even as President Donald Trump’s America turns inward.

But China remains an oppressive autocracy, confining over one million of its citizens to internment camps and denying basic democratic freedoms to the rest. Thursday’s Munk Debate will clash over the resolution: China is a threat to the international liberal order.

The world as we know it is drawing to a close, argues former Singaporean diplomat Kishore Mahbubani. By at least one economic measure, the United States stopped being the pre-eminent economic power in 2014, when it slipped behind China in purchasing power parity. And as Beijing reclaims its historical place at the pinnacle of the economic world – a place it has occupied for much of the past two millenniums – Western influence will correspondingly dim.

“We are at an inflection point in world history,” he says in an interview with The Globe and Mail.

But fear not, he hastens to add.

“The Chinese basically have no desire to take over the world. In fact, they’re quite happy to see the United States carry on as the policeman of the world. They don’t want to take it over.”

Mr. Mahbubani is an academic whose book Has the West Lost It? makes the argument for what he calls “the defining truth of our times: that a cycle of Western domination of the world is coming to a natural end.”

Munk Debates: Former Trump adviser H.R. McMaster says jailing of Canadians ‘should tell you all you need to know’ about China

The Dalhousie University-educated career public servant, a former president of the United Nations Security Council, is hardly an outlier in pointing to the inevitability of China’s ascension. But he marshals his argument as a sunny counterpoint to the coalescing consensus among major Western countries that China’s rise portends a mortal threat to the modern liberal order.

The European Union has called China “an economic competitor in the pursuit of technological leadership and a systemic rival promoting alternative models of governance.” In the United States, national security adviser John Bolton has accused China of “predatory actions” and proposed returning it to its “proper place.” In late April, Kiron Skinner, the director of policy planning at the U.S. State Department, described “a fight with a really different civilization,” saying it is “the first time that we will have a great power competitor that is not Caucasian” in comments reported by the Washington Examiner.

Mr. Mahbubani sees no cause for such alarm.

China’s “influence will definitely grow in the world. For sure,” he says. And “I think the Chinese obviously, as they become bigger and bigger, will naturally want to be treated with more respect.”

Yet for many countries, including Canada, Mr. Mahbubani sees little reason for worry. “China is not going to influence Canada at all. You are effectively – forgive my bluntness – almost like a political part of the American nation.”

In Italy, which recently signed on to China’s Belt and Road Initiative, Beijing provides a new option for economic growth – an alternative to constraints imposed by European heavyweights such as Germany and France. Others may fare differently; in Australia, Mr. Mahbubani says, Beijing will foment a “painful existential dilemma” for a country whose defence is tied to the United States but whose economy is increasingly dependent on China. The United States, meanwhile, faces a “major psychological adjustment” to a world where it is no longer a solitary superpower.

But the larger and more important question, he says, “is whether or not China will play by the rules. Or will China create new rules?”

This is where he sharply differs from those preaching caution, if not hostility, toward Beijing.

“I actually was hoping that, with the return of Asia, we could still maintain the multilateral rules-based order from 1945. That was a gift from the West to the rest of the world,” Mr. Mahbubani says. “But the danger now is that it may break down. And the question is: Where is the biggest threat coming from? Is it coming from China? Or is it coming from the United States?”

He suggests looking at which country has most often undermined, abandoned or sought to withdraw from multilateral agreements in recent years. For the United States, it’s a mounting tally that includes the Paris climate agreement, the Intermediate-Range Nuclear Forces Treaty, the International Court of Justice, the International Criminal Court, the World Trade Organization Appellate Body, an optional protocol under the 1961 Vienna Convention on Diplomatic Relations and a series of UN organizations, including UNESCO and the Human Rights Council.

“As of now, the country that is the most openly and honestly opposed to the multilateral order is the Trump administration. That’s a fact,” Mr. Mahbubani said.

China, by comparison, has cast itself as a key supporter of international commerce and a pillar against climate change, while committing itself to reform of the WTO.

The image of Chinese President Xi Jinping as a new guardian of global trade and environmental health has been questioned by skeptics who point out that China maintains a deeply protectionist domestic economic system and is the world’s largest emitter of greenhouse gases.

But “I don’t take President Xi Jinping at his word,” Mr. Mahbubani said. “I look at China’s national interest. And are China’s national interests served by a stronger rules-based order or are China’s interests served by a weaker rules-based order? Logically speaking, if you are the world’s number one trading power, you actually have a lot to lose if the international rules-based order breaks down. And, number two, China’s fundamental preoccupation is with domestic stability and not with trying to create international involvements. China is a status quo power globally.”

How can that notion be squared with the expansion of Chinese power as seen, for example, in the South China Sea, where Beijing has co-ordinated the expansion of reefs into militarized islands far from its mainland?

Mr. Mahbubani points out that countries such as Malaysia, Vietnam and the Philippines were actually the first to begin land-building in those waters. China, he says, has the military capability to seize islands – but it hasn’t, opting instead to build artificial ones. “So it is still respecting the rules of the game.” (Beijing, however, refused to accept a ruling by the Permanent Court of Arbitration against its conduct in waters near the Philippines.)

Elsewhere, Mr. Mahbubani says, problems have arisen when rules have yet to be drafted. Take the dispute over Huawei. Everyone spies, he says, and the best path forward lies not in blocking the company but in drafting internationally accepted boundaries for that conduct. “My own solution to these things is: Let’s work out a set of multilateral rules on what you should or should not do in the area of what I call cyberwarfare,” he says.

That same logic underpins his broader argument that those seeking to keep an ascendant Beijing from dictating the rules are making a mistake when they target China alone. 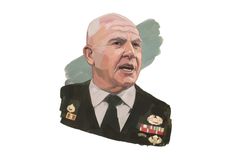 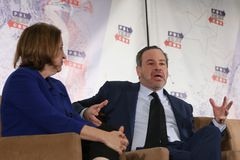 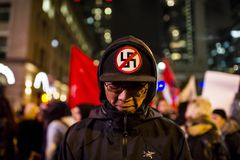