The former leader of the opposition in the Maltese parliament said he expects the Prime Minister, Joseph Muscat, to resign soon as more reports emerged linking his former chief of staff to the murder of a journalist whose corruption allegations shook the top levels of government.

Nationalist Party MP Simon Busuttil said Mr. Muscat is running out of room to manoeuvre. “Muscat has obviously no option but to resign,” he said in an interview with The Globe and Mail. “This country needs a major institutional and political clean-out.”

Mr. Busuttil stepped down as leader of his party in October, 2017, shortly after he lost the general election and a week before the killing of Daphne Caruana Galizia.

Ms. Caruana Galizia’s death has triggered demands across Europe for a fair and independent inquiry. On Thursday, the European Parliament confirmed it will send a mission to Malta to try to ensure that justice is served in the case. In a tweet on Thursday, David Casa, a Maltese European Parliament member, wrote: “The world is watching. It is insanity that [Mr. Muscat] thinks his position is still tenable. He has blood on his hands.”

Mr. Muscat, the Labour Party Leader who has been Prime Minister since 2013, has been under enormous pressure since Monday, when the focus of the murder investigation shifted to his office. On that day, his chief of staff, Keith Schembri, was arrested in connection with Ms. Caruana Galizia’s assassination and resigned his post. He spent Wednesday night in police custody.

Mr. Muscat has given no hint that he may resign and no one on the executive team of the Labour Party has publicly asked for him to step down. 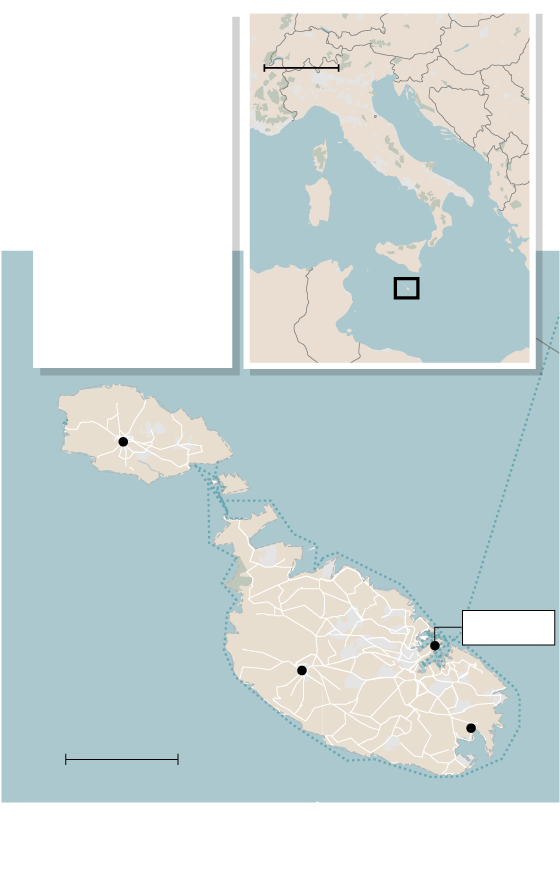 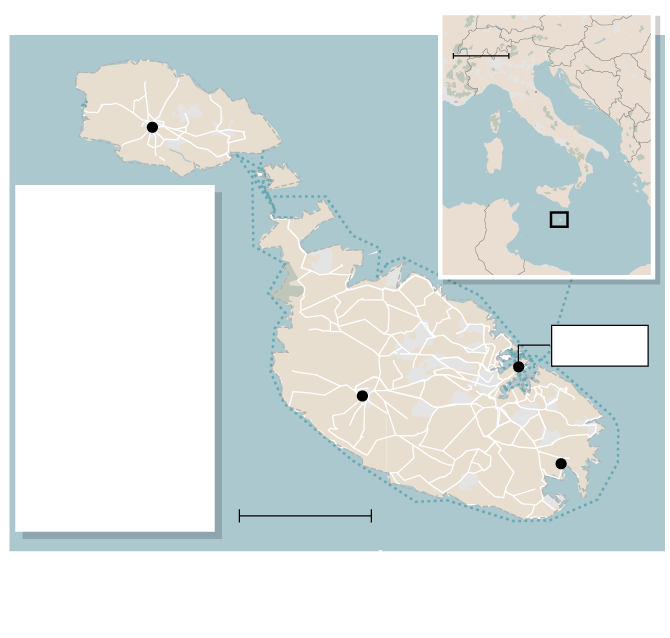 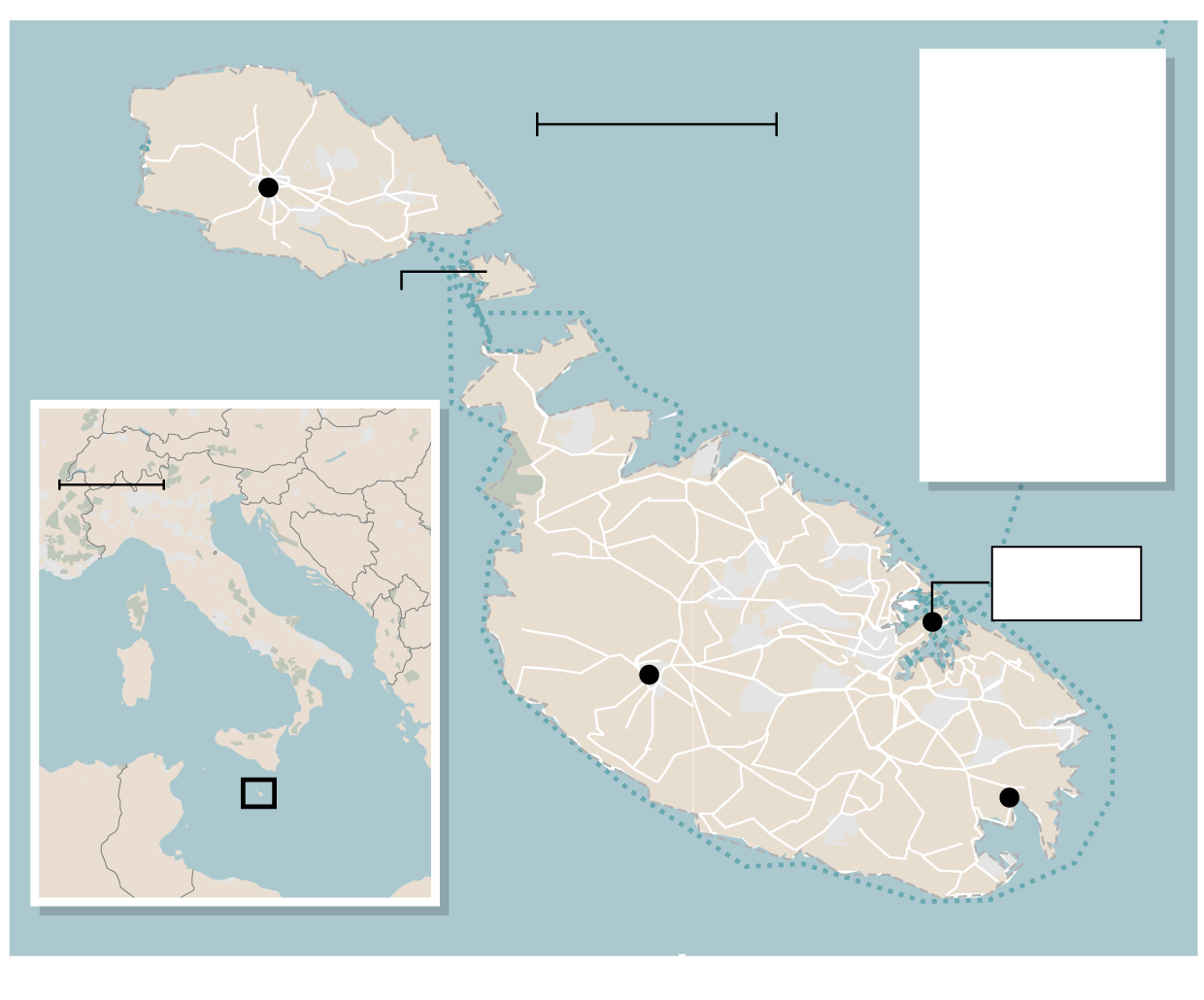 Several local and international media reports on Thursday alleged that Mr. Schembri was the mastermind behind the plot to kill the journalist. Reuters and other media outlets, citing several sources including recorded conversations, reported that the plot had Yorgen Fenech, one of Malta’s leading businessmen, pay a middleman, Melvin Theuma, €150,000 to hire three local men to carry out the assassination. None of the allegations have been proved in court.

Mr. Theuma was arrested on Nov. 14 in a separate money-laundering case and offered information on the journalist’s death in exchange for a pardon, which he received from Maltese President George Vella. Six days later, Mr. Fenech was arrested. Mr. Theuma is expected to testify in court on Friday.

The three local men – the brothers Alfred and George Degiorgio and Vincent Muscat (no relation to the Prime Minister) – were arrested two months after the killing and await trial.

Ms. Caruana Galizia was Malta’s best-known investigative journalist and spent years using her blog, Running Commentary, to make allegations of corruption that reached the senior level of government. She earned many enemies, was regularly denounced by One, the Maltese broadcaster that is owned by the Labour Party, and received flurries of libel notices, none of which broke her will to expose government corruption.

Mr. Busuttil met Ms. Caruana Galizia often and used her findings to pepper the government with uncomfortable questions about her allegations, including the existence of secret Panamanian companies that Mr. Schembri and Konrad Mizzi, the tourism minister who resigned this week, set up after Labour won the 2013 election (both men deny any wrongdoing).

Before the killing, Ms. Caruana Galizia linked the two men to secret payments made by Mr. Fenech through a Dubai company called 17 Black.

Last year, a Reuters investigation revealed that Mr. Fenech was the owner of 17 Black, which was named in e-mails uncovered by Malta’s financial regulators as the vehicle to fund the secret Panamanian companies. Mr. Fenech was also a key player in Electrogas, the consortium that won the bid in 2013 to build a gas-fired power plant in Malta. Ms. Caruana Galizia questioned the legitimacy of the contract

“We were public enemy No. 1 for Joseph Muscat, Daphne and I," Mr. Busuttil said.

The Parliamentary Assembly of the Council of Europe has accused Mr. Muscat of “personally protecting” Mr. Schembri and Mr. Mizzi as they were hit with corruption allegations.

Manfred Weber, the German politician who is head of the European People’s Party in the European Parliament, said “The European Union cannot remain silent any longer” about any threats to the independence of the murder investigation.

On Thursday, Reuters published a report that revealed new details about the assassination of Ms. Caruana Galizia. The news agency said details came from a confession that Vincent Muscat, one of the three men arrested shortly after the killing, gave to police last year. Reuters said it avoided publishing the information until now “to avoid damaging the investigation.”

The article said that contract killers initially wanted to use a rifle, supplied from Italy, to kill the journalist and spent a lot of time monitoring her movements, including scoping out shooting positions. For reasons not fully explained, they changed their strategy and decided to use a car bomb instead. Vincent Muscat told the police that the bomb was supplied by the Italian Mafia.

The bomb was placed under the driver’s seat and was detonated remotely just before 3 p.m. on Oct. 16, 2017, near Ms. Caruana Galizia’s house in a small village. The bomb blew the car to pieces and killed her instantly.