Former Malta prime minister Joseph Muscat told a board of inquiry on Friday that he had no prior indication of any plans for the 2017 murder of anti-corruption journalist Daphne Caruana Galizia.

He confirmed, however, that he had been in a chat group with his chief of staff, Keith Schembri, and the suspected mastermind of the 2017 car bomb murder, top businessman Yorgen Fenech.

He also confirmed that he had invited Mr. Fenech to his own exclusive birthday party in 2019 and received expensive wine from him even when he was already a suspect. Other businessmen were present, but not ministers.

“I had asked authorities, investigators, what to do. They told me to act normally,” he said.

Mr. Muscat was testifying before the public inquiry that he had appointed to look into whether the state could have prevented the murder, which shocked Europe and raised questions about the rule of law on the small Mediterranean island.

He resigned as prime minister in January 2020, saying he would “shoulder political responsibility” weeks after Mr. Fenech was arrested and accused of complicity in the murder of the journalist.

Mr. Schembri resigned a few days earlier, when his close friendship with Mr. Fenech was revealed. Mr. Fenech denies any wrongdoing. Mr. Schembri, who has not been charged in connection with the murder, denies any knowledge of it or its perpetrators.

Mr. Muscat said police had told him he was not under investigation.

He said the chat group with Mr. Fenech and Mr. Schembri was mostly about food and wine. “There was a friendship, I don’t deny it, but I’m friends with everyone,” he said.

“I had no information that Daphne Caruana Galizia’s life was in danger and nobody made any statement to that effect. Moreover I have not been told that any state entity was aware of such (a plan), or could have prevented it,” he said.

Mr. Muscat told the inquiry that Ms. Caruana Galizia acted as a one-woman show who was attacking both the government and opposition at the time of her death, but was not making much impact.

“Caruana Galizia was killed at a time when she became irrelevant to everyone … And I know her family won’t like this, but it is mind-boggling. Whoever did this crime is stupid as well as a criminal,” he said.

Police have said Ms. Caruana Galizia was likely killed not for what she had written so far, but for what she was still investigating.

Mr. Muscat said that although she regularly criticized him, he never tried to incite hatred against her and only sued her when she claimed in 2016 that his wife was the beneficial owner of a secret company registered in Panama.

He said that story “did not have an ounce of truth.”

He also insisted that he never interfered in police investigations into the murder, other than to bring in Europol and the U.S. FBI to help. 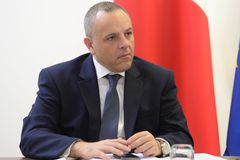 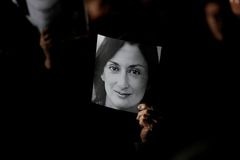