Hulot, a former TV presenter and green activist who consistently scored high in opinion polls, quit during a live radio interview following what he called an “accumulation of disappointments”.

“I don’t want to lie to myself any more, or create the illusion that we’re facing up to these challenges,” Hulot said on France Inter. “I have therefore decided to leave the government.”

Hulot was among Macron’s first ministerial appointments following his May 2017 election victory. His inclusion helped to sustain a green image France had earned 18 months earlier by brokering the Paris Agreement to combat global greenhouse emissions.

But the centrist president has watered down a series of campaign pledges on the environment, including a commitment to cut the share of nuclear power in French electricity to 50 percent by 2025 and boost renewable energy.

Those policy shifts have been a repeated source of frustration for Hulot. Since a post-election honeymoon period, they have been accompanied by a sharp slide in Macron’s ratings, which touched new lows after his bodyguard was filmed assaulting demonstrators last month.

Hulot said he had not informed Macron before announcing his resignation.

“This may not be the right protocol, but if I had warned them they might have talked me out of it yet again,” Hulot said. His cabinet portfolio also included energy.

Government spokesman Benjamin Griveaux said the cabinet “regretted” his resignation, but also described it as “a blow from which we’ll recover”.

“I don’t understand why he is stepping down when we had many successes in the first year that are to his credit,” Griveaux told BFM Television. “He didn’t win all his battles but that’s the way it goes for ministers.”

Greenpeace France director Jean-Francois Julliard said that while Macron had “made some fine speeches” and stood up to U.S. President Donald Trump on climate change, he had “never turned these words to concrete action” at home.

“There is still no energy transition policy in France,” Julliard said.

Shares in power utility EDF, which is on the hook for the cost of decommissioning older nuclear plants, surged 2.7 percent in early trading before settling back to 14.26 euros at 0901 GMT, still up 1 percent on Monday’s close.

His announcement came a day after the government promised to relax hunting laws, in a move widely seen as an attempt to bolster Macron’s appeal in rural areas.

Prime Minister Edouard Philippe said he would discuss the “composition of the government” with Macron following Hulot’s departure, leaving open the possibility of other changes.

Macron’s office sought to attribute the resignation to the “frustration, even exhaustion” of a ministerial novice suddenly confronted with the slow-moving machinery of government.

“Political and administrative timeframes aren’t necessarily as one hopes, coming from activism,” an Elysee official said, insisting that Hulot’s deep commitment to environmentalism was evidenced by the government’s policy track record.

In his radio interview, however, Hulot emphasized the inadequacy of “mini-steps” on climate change by France and other nations, voicing hope that his exit might “provoke deep introspection in our society about the reality of the world”.

His doubts about remaining in government had grown over the summer as devastating droughts were met with a tepid political response, he said.

Alain Juppe, a conservative former prime minister and presidential contender, said he was impressed by Hulot’s “high-mindedness and by the nobility of his act”.

“Beyond the inevitable political buzz, I hope this decision encourages us all to think and to change,” he said on Twitter. 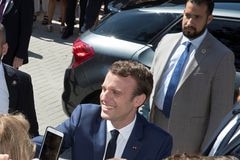 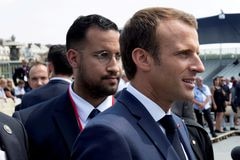