Finance ministers and central bankers from the world’s 20 largest economies agreed on Monday to develop an “action plan” to respond to a coronavirus pandemic that the IMF now expects to trigger a global recession, but they offered no specifics.

The G20 secretariat issued the statement after the finance officials met by video conference for nearly two hours, amid growing criticism that the world’s “fire station” has been slow to respond to the worsening crisis.

G20 leaders are due to gather for an extraordinary virtual summit in coming days as the world races to contain the virus, which has infected 370,000 globally and killed over 16,000.

The summit, called by this year’s chair, Saudi Arabia, will be complicated by an oil price war between two members, Saudi Arabia and Russia, and rising tensions between two others, the United States and China, over the origin of the virus.

U.S. Treasury Secretary Steven Mnuchin told Fox News his counterparts agreed to act to support their own economies, and co-ordinate internationally as needed. But he gave no specifics.

Mnuchin will chair a conference of G7 finance ministers and central bankers early Tuesday, according to a source familiar with the plans.

He said the United States was working closely with G20 countries, the Group of Seven (G7), the International Monetary Fund (IMF) and the World Bank in responding to the crisis.

“This is a team effort to kill this virus and provide economic relief,” said Mnuchin, who is simultaneously struggling to win congressional approval for a nearly $2 trillion U.S. rescue package.

G20 leaders need move beyond recent squabbles and “stop weaponizing the new coronavirus in the fight for global influence,” to help stabilize public confidence and markets, said Hung Tran, a senior fellow at the Atlantic Council.

Potential concrete actions could include sharing test results of new treatments and vaccines; rolling back tariffs that were dragging down global growth even before the crisis; and synchronized fiscal action, he said.

“Simply repeating the mantra that ‘we’ll do whatever it takes’ is not adequate any more,” he added.

The IMF and the World Bank on Monday both forecast the pandemic would trigger a global recession in 2020.

The average size of fiscal measures announced by over 20 countries amounts to around 1.8% domestic gross domestic product (GDP), below the 2% packages offered by G20 countries in 2009 during the financial crisis, Tran said.

G7 finance ministers and central bankers will hold a conference call of their own early Tuesday, according to a source familiar with the plans.

Japan, a member of the G7, expressed concern about the impact of the coronavirus, and urged G20 members to act “without hesitation in a timely manner.”

Argentina, whose debt has been deemed unsustainable by the IMF, warned fellow G20 member they must act decisively to “avoid a social meltdown” as the pandemic spreads.

Argentina’s Finance Minister Martin Guzman told fellow ministers on the G20 call that countries should use the “entire tool kit” of economic policies, including the extension of bilateral swaps to aid those nations most in need.

Monday’s G20 meeting was far from smooth, although no open disputes broke out, said one senior official from a G7 country, adding that Tuesday’s G7 statement would focus heavily on co-operation but also offered little in the way of new ideas.

“There aren’t very exciting things in there,” said the official, who was not authorized to speak publicly. “But I have the impression that we’re on the same page now.”

Veterinarians offer ventilators as they fight to be declared essential service amid coronavirus pandemic
March 23, 2020 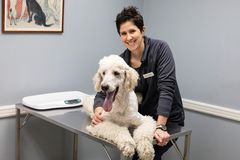 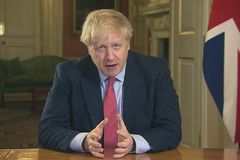 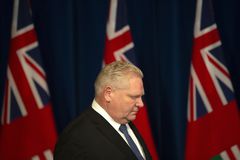