A senior diplomatic source, who was not authorized to speak publicly, told The Globe and Mail that Group of Seven leaders are anticipating a significant announcement on challenges facing democracy. The official said talks will centre on cybersecurity and disinformation efforts by foreign states. The official also said leaders will discuss the creation of a new system that would help G7 countries better respond to incidents such as the nerve-agent attack on a former Russian spy and his daughter in Salisbury, Britain, earlier this year.

The G7 is grappling with how to fight foreign interference, particularly meddling efforts by Russia after the Salisbury attack. Foreign Affairs Minister Chrystia Freeland said the G7 leaders will pick up where foreign ministers left off in April, when they backed the British assessment concluding Russia was likely behind the attack.

“Something which we are encountering, particularly from Russia, is a very orchestrated attempt to undermine our democratic institutions from the inside, to undermine the credibility and effectiveness of how our democracies work,” Ms. Freeland told a parliamentary committee on Wednesday night.

“It’s an important issue for the world’s leading industrial democracies − that’s what the G7 is − to be addressing and we are seeing that action.”

Japan’s ambassador to Canada Kimihiro Ishikane said he thinks the G7 countries – Canada, the United States, Japan, Britain, France, Germany and Italy – can probably reach consensus on the threat posed by foreign interference, but said it remains to be seen if the leaders will outline any concrete steps to combat it.

“As a matter of principle, we can all agree that liberal democracies need to stay united and demonstrate our resilience vis-a-vis all those kinds of challenges,” Mr. Ishikane told The Globe in an interview Thursday.

Experts expect any statement from G7 leaders on foreign interference will be broad and avoid naming specific countries.

Ryan dismisses Trump’s charges of a spy in his campaign

John Kirton, a University of Toronto expert on the G7, predicted the leaders will include a paragraph in their joint communique outlining a “strategy” to safeguard liberal democracies, mostly focusing on cybersecurity and the protection of citizens’ data privacy. He said the section will fit into the theme of “building a more peaceful and secure world” − one of the five focuses of Canada’s G7 presidency.

However, Wesley Wark, a national-security expert at the University of Ottawa, doubts G7 leaders will adopt the same strong language recently used by their foreign ministers. At a meeting in Toronto this April, foreign ministers underlined their commitment to defend themselves against Russian interference and outlined plans to set up a working group to examine Russia’s “malign behaviour” on foreign soil.

Given the continuing investigation by U.S. special counsel Robert Mueller into Russian interference in the 2016 election and whether there was collusion with the Trump campaign, Mr. Wark said the other G7 leaders will probably tread lightly on questions of foreign interference with President Donald Trump in Charlevoix, Que., this week.

“I don’t think they’re going to make much headway on this specific piece on defending G7 countries against foreign interference because I think that topic is regarded as slightly offside with President Trump,” Mr. Wark said.

“What I imagine Prime Minister [Justin] Trudeau and other G7 leaders are doing is trying to decide which of these many offside topics they really want to focus on.”

Mr. Trump set the stage for a tense G7 Summit when he announced U.S. tariffs on Canadian, European and Mexican steel and aluminum last week. Speaking to reporters in Ottawa on Thursday, Mr. Trudeau and French President Emmanuel Macron said they will demand Mr. Trump reverse the tariffs when they meet with him on Friday.

Opinion
As the G7 leaders get set to meet, Trump’s thinking about a different summit Subscriber content
June 8, 2018 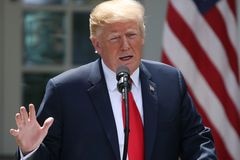 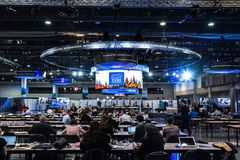 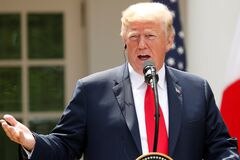