Mexico’s new President is facing his first serious domestic challenge after shutting down a number of key fuel pipelines in a bid to stop gasoline thefts by organized crime groups. The move has created a de facto shortage that is causing mounting economic losses.

It’s the first major policy decision by Andres Manuel Lopez Obrador since he was sworn in on Dec. 1, after winning a landslide victory in July on a platform that vowed bold action on corruption and violence. And the crackdown is popular, in principle: The vast business of robbing fuel costs state-owned Petroleos Mexicanos (Pemex) an estimated $4.6-billion a year and drives violence and environmental contamination.

But the move increasingly looks poorly planned and analysts say Mr. Lopez Obrador could begin to lose public support if the fuel supply is not restored within a few days.

The move against huachicoleros, from a Mayan word for thief, as the fuel tappers are known, is increasingly undermining the economy. Gas stations are dry across the capital, home to 25 million people, and in the manufacturing heartland of the country.

“It would be easy to open the pipelines and say ‘the situation is back to normal,’ but that would be tolerating the theft, and accepting it, and we are not going to do that,” Mr. Lopez Obrador said on Wednesday.

The new government launched its campaign against fuel theft – which consists of turning off some pipelines; monitoring others for drops in pressure and deploying law enforcement to catch illegal tappers; and deploying the military to refineries to prevent siphoning – without warning citizens or stockpiling fuel to make up for the fact that distribution by train and tanker is much slower than by pipeline.

The business community is increasingly angry. Gustavo Hoyos, president of the Council of Mexican Employers, a major industry lobby, called the decision to go after fuel thieves a “courageous” one. “But we think that the planning and implementation of this decision has been disastrous,” he said. "It’s as if a police officer, trying to arrest a criminal on a public highway, opens fire and hits three passersby. The fact that you are looking to pursue a criminal in no way justifies that there is collateral damage, equal to or bigger than the one you intend to remedy.”

Mr. Lopez Obrador – who addresses the country in a daily early-morning news conference – has made repeated reference to the fact that the massive levels of siphoning could not occur without the involvement of senior figures in the Pemex administration and previous governments. But the huachicoleo is a vast industry that sometimes involves whole communities tapping fuel to sell it on the black market at reduced rates and it is not clear what the government’s long-term plan is, given it cannot keep thousands of soldiers deployed at refineries and along Pemex’s 8,850 kilometres of pipelines. Mexico already suffered from fuel-distribution problems, because Pemex refineries and fuel-storage facilities are in poor shape and chronically underfunded.

Political analyst Miguel Toro said the impact on Mr. Lopez Obrador’s popularity would depend on how quickly the situation is resolved. “We are still in the honeymoon period [and] the administration won a landslide and still has a lot of credibility, so there is not a lot of bad blood for mistakes or consequences of policy proposals,” Mr. Toro said. “If it ends next week, he will emerge more or less unscathed. But if this goes on for all of January, if there are shortages of products because of logistics, if people can’t get to their jobs so they don’t get paid …”

He said that few in Mr. Lopez Obrador’s new cabinet and inner circle have a sophisticated understanding of Mexico’s energy industry (the new President was a vocal opponent of energy reforms that opened up the sector to outside investors in recent years; he appointed an agronomist with no energy experience to run Pemex). “They never contemplated that the fuel inventory is just a day’s worth in Mexico City.”

A poll for national newspaper Reforma on Friday found that 62 per cent of people support the decision to close pipelines to combat huachicoleos; and 73 per cent said they would prefer to endure a period of time without gasoline to resolve the problem.

Criminal gangs drill an average of about 42 illegal taps into Pemex pipelines each day; they operate with impunity in many areas of the country. The President said earlier this week that these gangs have built an entire parallel distribution network that includes networks of taps, pipes and depots.

With a report from Karen Cota 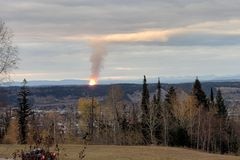 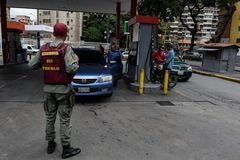 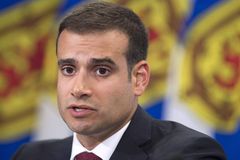