Like many young married couples in Hong Kong, Nick Infinger and his partner struggled to find a home they could afford. So last year, they applied for a public housing flat and prepared for the long wait.

But within months, the Hong Kong Housing Authority rejected their application under the “ordinary family” category, citing a dictionary definition of husband and wife that Infinger and his husband did not meet.

“Everyone needs a place to live,” said Infinger, 26, who is challenging the decision in court, calling it unconstitutional under the Basic Law, the city’s mini-constitution, and against the Bill of Rights, which guarantees equal rights to men and women.

“Housing rights are important to same-sex couples, too. I wish to claim that right for all same-sex couples in Hong Kong,” he told the Thomson Reuters Foundation over email.

Infinger’s case is the latest in a series of legal challenges against discrimination of LGBT+ people in the former British colony that returned to Chinese rule in 1997.

Hong Kong decriminalised homosexuality in 1991, and the city has an annual pride parade and a lively gay scene. But it does not recognise same-sex marriage or civil unions.

So, LGBT+ people have taken to using judicial reviews — challenges in court of decisions by government agencies — to push for their rights.

“Earlier, LGBT people did not want to stick their heads above the parapet. But they face so much discrimination, they have no choice,” said attorney Michael Vidler, who has handled nearly a dozen such cases and is representing Infinger.

In recent years, there have been several judicial reviews that have successfully entrenched LGBT+ rights into the application of Hong Kong’s Basic Law, Vidler added.

“Each of the cases has won crucial rights that they otherwise would not have,” he told the Thomson Reuters Foundation at his office.

Hong Kong’s Housing Authority was established in 1973 with an aim to provide low-cost rental housing and subsidised home ownership for the city’s residents.

But over the years, botched policies, powerful developers and widening income inequalities have led to a massive shortfall of housing and created the world’s least affordable housing market, according to U.S. research firm Demographia.

Almost half the city’s over seven million residents live in public housing, and the average waiting time for new applicants has risen to more than five years, housing authority data shows.

Infinger and his husband, who married in Canada last year, met all the required criteria for a public rental flat: they were permanent residents, they did not own other properties locally, and they fell within the income limit, Vidler said.

“I wanted to call attention to the disadvantages and unfair treatment that LGBT people face, and put pressure on the government to review the public housing policy,” Infinger said.

A spokesman for the Housing Authority said “it is not appropriate” to comment on the case as it is due to be heard on Sept. 26.

In 2013, the city’s top court handed down a landmark ruling that allowed a transgender woman to marry her boyfriend after she had been refused by the marriage registrar because her birth certificate identified her as male.

In a 2018 ruling on what is known as the “QT” case, brought by a British lesbian, the Court of Final Appeal said same-sex partners should be eligible for dependant visas.

And earlier this year, the court ruled that same-sex couples were eligible for spousal benefits, in a case brought by a Hong Kong civil servant.

Yet judicial reviews are an onerous way to secure rights, according to Vidler, who said his gay flatmates in university made him aware of discrimination against LGBT+ people.

“A judicial review is always a risk. Because if you lose, you can set the cause back by a decade,” said Vidler, who set up his own law firm in Hong Kong in 2003.

“Judicial reviews are also limited to government policy and government agencies - and there is a lot of discrimination in the private sphere,” he added.

But because Hong Kong has no law against discrimination based on sexual orientation “it is our only option now,” Vidler said.

A survey released last year by the University of Hong Kong showed more than half the respondents backed same-sex marriage.

However, the push for LGBT+ rights has been slow in the city, as it has been in much of Asia, with some recent advances.

Taiwan this year became the first place in Asia to legalise same-sex marriage, and Thailand has drafted a law to allow same-sex civil partnerships.

In Singapore, a colonial-era law criminalising sex between men is still in place, even as public support for same-sex marriage is growing.

Singapore’s public housing makes up about 80% of all housing, according to the city-state’s department of statistics, and is hailed as a successful model.

Yet, gay couples do not qualify as they are not recognised as a “family unit”, said Indulekshmi Rajeswari, an attorney and LGBT+ rights activist.

“LGBT Singaporeans and residents pay the same taxes while not getting the state housing benefits accorded to heterosexual married couples,” said Rajeswari, who edited a legal guidebook for LGBT+ couples in Singapore.

“It is discriminatory, as LGBT couples are in no less need of housing than heterosexual married couples.”

Singapore’s Housing & Development Board (HDB) did not respond to a request for comment.

Gay Singaporeans 35 years and older can buy an HDB flat under the “joint singles” scheme if their partner is also Singaporean.

For Adrianna Tan, a technology entrepreneur who left the city-state shortly after she got married, that is not an option.

“There is no option for me to apply for the flat as a couple, as I am not married to a man, and the state does not recognise my marriage,” she said in emailed comments.

“Applying as a single person means negating my marital status. So I have never wanted an HDB flat, mostly because I don’t feel HDB welcomes someone like me.”

In Hong Kong, Infinger and Vidler are hopeful that their judicial review will bring a better result for LGBT+ couples seeking public housing.

“The world has moved on — we have presidents, sportspersons, soldiers who are openly gay,” said Vidler.

U.S. not where it needs to be on LGBT employment: Federal Reserve’s John Williams Subscriber content
June 25, 2019 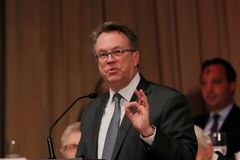 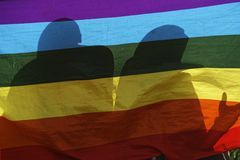 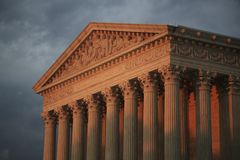 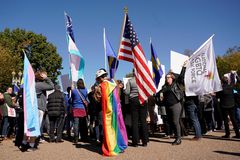