Faced with a bizarre spate of brain injuries afflicting one-third of the staff of its Havana embassy and their families, Canada’s foreign-affairs bureaucracy scrambled to find a response to an unprecedented emergency, to the immense frustration of the injured diplomats.

That is the picture painted by a year of correspondence between the group of diplomats hit in 2017 with the “Havana syndrome” and senior officials from Global Affairs Canada (GAC). U.S. officials, dealing with the injuries among its own diplomats, believe the syndrome may have been produced by some sort of energy weapon.

Ottawa’s response to the emergency, the group of afflicted diplomats wrote to an assistant deputy minister this February, “has been fragmented, slow and inconsistent and this weakness has ultimately undermined the possibility of tracking and comparing impacts and their progression.”

Yet, the correspondence − letters between the diplomats, their union and government officials, obtained by The Globe and Mail − also shows officials desperately trying to piece together resources to provide appropriate medical and logistical assistance in a case unlike any they had seen before. At the same time, they struggled to mount a top-secret multi-agency investigation to try to find out what had caused the injuries.

The Canadian diplomats, many of whom signed the correspondence, are asking Ottawa to launch a public inquiry into its handling of the incident, as they feel secrecy and scattered responses have hurt Canada’s ability to respond. The Globe has decided not to name the diplomats.

GAC officials say they do not want to deny the diplomats’ version of events or contest individual points. The agency says it is now devoting its full resources to the brain-injury crisis and is co-operating closely with the United States and Cuba in investigating the possible cause.

In interviews with The Globe, the diplomats said they first experienced serious symptoms in April, 2017, including extreme disorientation and dizziness, nosebleeds and ringing in the ears. This was occurring just as the U.S. government was concluding many of the staff of its recently reopened Cuban embassy had been stricken with brain-injuring attacks.

Washington immediately devoted large-scale specialized resources to diagnosing and determining the causes. Canada took longer − in some cases almost a year − to fully recognize the scope and significance of the injuries.

That was in part because the exposed Americans reportedly included a number of CIA agents working under diplomatic cover. This led the highest levels of the U.S. government to suspect a Cold War-style attack. It is not known whether any of the Canadians injured were employed in intelligence, but Ottawa has not treated the incidents the same way.

Relations between the United States and Cuba deteriorated in 2017, on both sides. The newly elected Trump administration, which described the diplomatic opening with Cuba as an Obama-era error, seized on the attacks as an opportunity to reimpose sanctions and blame Cuba for what many officials speculated were clandestine attacks using new weapons technologies, perhaps ultrasonic or microwave. To date, there has been no evidence that the injuries were caused by weapons.

In Canada, by contrast, the response was quieter and less decisively organized. As 2017 dragged on and the diplomats continued to be debilitated by symptoms (and some remained posted in Havana), many became frustrated that their fate had seemingly been left to a hodgepodge of provincial medical officials, Department of National Defence doctors and federal officials of various ranks, some of them offering little assistance.

On Oct. 13, 2017, the diplomats wrote in frustration to David Morrison, an assistant deputy minister at GAC, “in a spirit of constructive criticism.”

The diplomats welcomed “recent initiatives” that had reduced their sense that they had been left hanging without organized assistance – in particular, the “active engagement” of veteran diplomat and GAC official Peter Boehm. They saw him as “a champion of well-being in the workplace.” (Mr. Boehm was appointed to the Senate in September, 2018.)

But they felt GAC had publicly played down the crisis: “The portrayal of events by senior management and GAC spokespeople … has sometimes mixed expressions of concern with skepticism or ambiguous statements on affected members, with the effect of downplaying the impact. This situation has served to increase the employee stress and may contribute to reluctance to report.”

And they noted a deep division between a few of the embassy staff, who were sent to the United States for specialized health services by “an integrated medical team that has already developed some diagnostic and treatment experience in this issue,” and a larger group.

The second group was left to being tested by “unco-ordinated practitioners, limiting the effectiveness of tracking conditions that were changing over time.” This treatment was centred around Department of National Defence doctors at Ottawa’s Montfort Hospital. Those patients “have faced a series of challenges, including inconsistent and undefined rating systems, lack of access to personal test results … confusion in some cases around any need for follow up, and lack of support around ongoing or returning symptoms.”

On Jan. 26, 2018, four days after the group wrote to Prime Minister Justin Trudeau to draw attention to the confused and disorganized nature of the response, they received a letter from Francis Trudel, a human-resources official at GAC.

He wrote that teams of doctors had been sent to Cuba in October and December to assess the medical situation, and that “there is a whole-of-government effort to get to the bottom of this situation, including an ongoing RCMP investigation." The probe involves “partner departments/agencies,” likely including CSIS and the Communications Security Establishment, as well as Cuban and U.S. authorities.

The diplomats responded to that letter with frustration on Feb. 23: Ottawa, they told Mr. Trudel, “is deliberately vague around timelines in order to give the impression that protocols were put in place since the early days, instead of 6-7 months after the problems surfaced.”

And they urgently asked all diplomats be sent to the United States for testing by the specialized team at the University of Pennsylvania, which happened in April, 2018. All were found to have concussion-like symptoms.

The diplomats were more satisfied with the government’s co-ordinated response after April, 2018. However, they still felt that “exaggerated control of information … top-down messaging on the state of play that contradicted actual experience” and “continued references to incidents as being potentially psychosomatic,” had “brought reputational damage” to the diplomats. 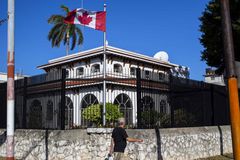 Microwave weapons might be cause of health issues affecting U.S. diplomats in Cuba, China: scientists
September 2, 2018 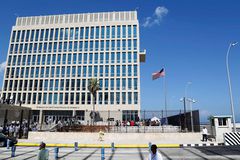