On a September afternoon in 2017, not far from the Tanzanian parliament, gunmen ambushed an opposition MP’s vehicle and sprayed it with dozens of bullets from Kalashnikov assault rifles, leaving him fighting for his life in hospital.

It took nearly three years and 19 surgical operations for Tundu Lissu to recover from the hail of bullets. But today he is back on the campaign trail – this time facing volleys of tear gas from the police at his election rallies as he wages an uphill battle to defeat Tanzania’s powerful President John Magufuli in an Oct. 28 election.

Nobody was ever arrested for the brazen daylight assassination attempt, but the 52-year-old human-rights lawyer and opposition leader says he has no doubt that the gunmen were linked to the government. He had been arrested six times in the months preceding the attack – including an arrest for “insulting the president” and another for revealing that a state-owned jet had been impounded in Canada for unpaid debts.

“They wanted me out of the way, so that President Magufuli would get a coronation, rather than an election,” he told The Globe and Mail in an interview.

“I wasn’t going to accept that. I knew it was very risky. It’s still very unsafe. But we want democracy. And democracy is not given on a silver platter.”

Tanzania is one of the leading beneficiaries of Canadian foreign aid, receiving more than $2.38-billion in the past six decades, including $141-million in 2017-18. It has also received billions of dollars in investment by Canadian companies such as Barrick Gold Corp. But the country’s democracy is fragile: It has been ruled by a single party, today known as Chama Cha Mapinduzi (CCM, the Revolutionary Party), since its independence in 1961.

In recent years, the government has clamped down on dissent: suspending newspapers and radio stations, banning political rallies, restricting civil-society groups, arresting opposition members for “illegal assembly,” and criminalizing the release of unauthorized data. Several journalists and opposition supporters have been abducted or killed. And soon after the arrival of COVID-19 in the country, the government banned the publication of any data on coronavirus cases and deaths.

Mr. Magufuli, who won power in 2015, gained huge popularity for his anti-corruption campaigns in his first year in office. But when an opinion poll showed his approval rating falling from 96 per cent in 2016 to 55 per cent in 2018, the pollster was promptly placed under investigation and his passport was seized.

“I’m up against an entire system, a system that has never been changed for nearly 60 years,” Mr. Lissu said. “We’re not fighting just the ruling party – it’s so many people connected to the ruling party.”

As he campaigns across Tanzania as the candidate of Chadema, the largest opposition party, Mr. Lissu has attracted huge crowds of supporters. But he also attracts a barrage of harassment tactics from the authorities – including tear gas by the police to break up his rallies. Videos on social media on Sept. 28 showed Mr. Lissu giving water to tear-gassed supporters to help them wash the spray from their eyes.

Police have repeatedly arrested Mr. Lissu’s supporters and issued summonses to him. Aviation officials banned his plan to use a helicopter on the campaign trail. And the National Election Commission (NEC), controlled by the government, has disqualified many of his party’s candidates.

On Friday, the NEC ordered him to suspend his campaign for seven days, alleging that he had uttered “seditious comments” at a campaign rally – although Mr. Lissu said he was never served with any charges or given an opportunity to respond to them.

“This banning of Lissu is part and parcel of the ongoing measures that prevent opposition groups from operating freely,” said Ugandan law professor Frederick Ssempebwa, chairperson of Tanzania Elections Watch, an independent African monitoring group, in a statement posted online by the group.

Tanzania’s laws have “gagged and harassed” the media and civil-society groups, while making it “very difficult” for the opposition to operate, Prof. Ssempebwa said.

The Africa-based Institute for Security Studies, in an analysis last week, noted that the NEC’s members are appointed by the President and serve at his pleasure. The opposition is “fighting with one hand tied,” it said.

“There is little doubt that CCM and Magufuli are heading for victory,” the institute’s report said. “Current conditions don’t engender free and fair elections.”

British political scientist Nic Cheeseman, author of several books on African democracy, says Mr. Magufuli is one of a new generation of authoritarian leaders who have emerged in Africa after the downfall of dictators Robert Mugabe in Zimbabwe and Omar al-Bashir in Sudan.

In a recent commentary, he said Mr. Magufuli is aiming to amend the Tanzanian constitution to remove presidential term limits, allowing him to run for a third term in the future.

But even here they must step carefully. The government passed a law in 2019 requiring any political coalition to be subject to approval by a government official.

Mr. Lissu is undeterred. He says the endless obstacles are merely a sign that the government is afraid of his popularity. “We are paying the price for being so successful,” he said. 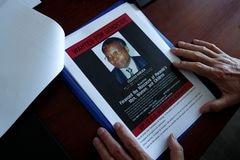 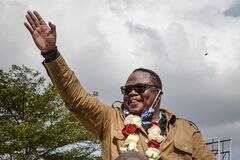 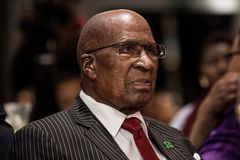