Prosecutors in New York City abandoned part of their sexual assault case against Harvey Weinstein on Thursday after evidence surfaced that a police detective coached a witness to stay silent about evidence that cast doubt on the account of one of his earliest accusers.

With Weinstein looking on, a judge agreed to dismiss the lone charge in the case related to Lucia Evans, who helped spark the #MeToo movement when she told The New Yorker in an expose published a year ago Wednesday that the film producer had forced her to perform oral sex in his office in 2004 when she was a college student and aspiring actress.

Weinstein, 66, still faces charges over allegations that he raped an unidentified woman in his hotel room in 2013 and performed a forcible sex act on a different woman in 2006. He has pleaded not guilty and denies all allegations of nonconsensual sex.

Prosecutor Joan Illuzzi-Orbon insisted the rest of the case is strong and said the district attorney’s office was looking into the possibility of bringing additional charges.

“In short, your honour, we are moving full steam ahead,” she said.

Evans’ lawyer, Carrie Goldberg, furiously said outside court that her client had been abandoned by Manhattan District Attorney Cyrus R. Vance Jr. for no reason.

“Let me be clear: the decision to throw away my client’s sexual assault charges says nothing about Weinstein’s guilt or innocence. Nor does it reflect on Lucia’s consistent allegation that she was sexually assaulted with force by Harvey Weinstein,” she said in a written statement. “It only speaks volumes about the Manhattan DA’s office and its mishandling of my client’s case.”

Prosecutors said in a letter unsealed Thursday they learned weeks ago that a woman who was with Evans the night she met Weinstein at a restaurant had given a police detective a contradictory account of what happened, but that the detective had urged her to keep quiet, telling her “less is more.”

The woman, prosecutors said, told the detective in February that Weinstein had offered them money to flash their breasts during the restaurant encounter. They initially declined, but Evans later told her she had gone ahead and exposed herself to the film producer in a hallway.

The woman also told the detective — identified by Weinstein’s lawyer as Nicholas DiGaudio — that sometime after Evans’ office meeting with Weinstein, she suggested what happened was consensual, according to the letter. Weinstein had promised to get her an acting job if she agreed to perform oral sex, and she agreed, it said.

According to the witness, who was not named in the court filing, Evans had been drinking and “appeared to be upset, embarrassed and shaking” when she told the story.

Prosecutors also disclosed that they had discovered a draft email that Evans had written three years ago to a man who is now her husband that “describes details of the sexual assault that differ from the account” she provided to investigators.

Goldberg insisted Evans has told the truth and disputed that she either showed Weinstein her breasts or misled investigators.

Weinstein’s lawyer, Benjamin Brafman, said he believed Evans had lied both to the grand jury and to The New Yorker about her encounter with Weinstein.

“The integrity of these proceedings has been compromised,” he said. Outside court, he suggested Evans should be prosecuted for perjury.

“This is an attack on the fundamental integrity of the grand jury process. If you have a person willing to commit perjury in the grand jury, that is as serious as the crime of sexual assault because it undermines the fairness of the process for all of us.”

Police said Thursday that DiGaudio, who had been outspoken in the media about wanting Weinstein charged, is being investigated by the department and no longer has an active role in the Weinstein probe.

A message left on a phone used by the detective in the past wasn’t returned. The union representing New York City police detectives also didn’t return a message.

The New Yorker, in a statement, said it stands by its reporting and fact-checking process and that “any assertion by lawyers for Harvey Weinstein that The New Yorker had information that contradicted Lucia Evans’s account is patently incorrect.”

Images of Weinstein in handcuffs were seen by many women as a cathartic moment in the #MeToo reckoning. The collapse of part of the case against him could mean trouble for the prosecutor.

Vance has already been fiercely criticized for declining to prosecute Weinstein when an Italian model accused him of grabbing her breasts in 2015. At the time, Vance cited a lack of supporting evidence, despite the existence of a clandestinely made recording of Weinstein discussing the episode with the woman.

In the months after The New York Times and The New Yorker began publishing stories about Weinstein’s interactions with women, activists pressured Vance to bring charges as dozens of people came forward with claims of sexual misconduct against him.

New York police officials poured on the pressure, too, saying publicly that they believed they had gathered ample evidence to make an arrest.

The Associated Press does not identify alleged victims of sexual assaults unless they come forward publicly, as Evans has done.

Weinstein is free on $1 million bail and is due back in court Dec. 20.

Asia Argento, who accused Weinstein, made deal with her own accuser
August 20, 2018 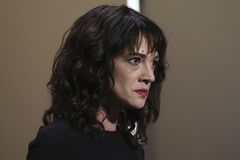 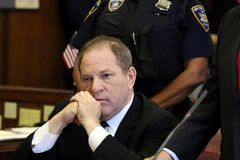 Explosive quote by Harvey Weinstein is quickly disputed by his lawyer
July 13, 2018 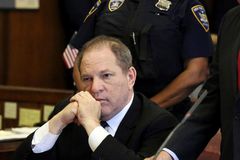