When German Chancellor Angela Merkel told U.S. President Donald Trump last week that she would not attend the Group of Seven meeting he wanted to host in Washington this month, the call between the two leaders, normally respectful in tone, turned testy.

Ms. Merkel cited the continuing pandemic. Mr. Trump responded with a wide-ranging monologue about his frustrations with the G7 and the North Atlantic Treaty Organization, and the World Health Organization. The United States was doing great, he said, even as citizens rioted in cities across the country. The pandemic was China’s fault.

They hung up after only 20 minutes.

“It was not a nice call,” said one official who was listening and recounted the exchange.

One week later, Germans learned that the United States planned to cut its troop presence in their country by more than a quarter. Some 9,500 soldiers who have helped keep peace on the continent are to leave within the next three months. There had been no warning, and even today there is not yet an official notification.

It is not clear whether the two episodes are related. But together, they signal a breakdown in relations between the United States and Europe’s most influential country not seen since the Second World War, as communication collapses and interests diverge over nearly every important issue, including Russia, Iran, China, and trade and security.

Trust between Ms. Merkel and Mr. Trump was lost long ago. Now, officials and analysts say, something much more fundamental was slipping away – trust in the strategic foundation of the transatlantic alliance itself.

The lack of consultation on the decision, and the uncertainty and unpredictability in dealing with Mr. Trump – his decision to leave the WHO similarly surprised allies – have become hallmarks of his years in office.

In the view of European officials, the United States has gone from being the indispensable ally to the undependable one. It is a frustrating turn of events that they have neither sought nor desired.

“It’s yet another wake-up call for us Europeans to take our fate into our own hands,” said Johann David Wadephul, a senior German lawmaker from Ms. Merkel’s Christian Democrats.

By unilaterally withdrawing troops from the United States’ most important European ally, Mr. Trump is hurting NATO and directly playing into the hands of Russian President Vladimir Putin of Russia, who has long resented the U.S. military footprint on the continent, said Thomas Kleine-Brockhoff, the Berlin-based vice-president of the research group, the German Marshall Fund.

The lack of chemistry between Ms. Merkel, a quantum physicist, and Mr. Trump, a celebrity millionaire, is not new. What is new is that Mr. Trump appears to have abandoned any pretense of being on the same side.

Mr. Trump, Germans worry, is in the process of redefining U.S. national interest and a strong transatlantic alliance is not part of it.

“He thinks he’s exerting power and leverage and the might of the United States,” Mr. Kleine-Brockhoff said. “But should the troops really be brought home within the next three months, he would deprive the United States of 25 per cent of its deterrence capability in Europe.”

It is a radical departure from U.S. postwar foreign policy.

Seasoned diplomats on both sides of the Atlantic say American-German relations should be considered critically important, even more so after Britain’s decision to leave the European Union.

Germany is the richest, most populous country in Europe, the continent’s economic powerhouse and an important U.S. economic partner. German companies employ roughly 700,000 people in the United States.

At the same time, some 35,000 U.S. troops are stationed in Germany, one of the most important military hubs for the United States. And some 12,000 German civilians are employed on these bases. Tens of thousands of other jobs also depend on the American presence. The troop withdrawal will hurt Germany economically.

But it will hurt the United States strategically, officials say.

In addition to withdrawing permanent troops, the President plans to limit the maximum number of troops in Germany to 25,000, less than half the current maximum. That’s probably more important than his plan to withdraw 9,500 troops, said Ivo Daalder, the head of the Chicago Council on Global Affairs, a think tank. “The issue is less about the troops stationed permanently in Germany than how many troops you can rotate in at any one-time,” Mr. Daalder said.

Almost all U.S. military flights to Iraq or Afghanistan pass through Ramstein, in southwestern Germany, the biggest American base outside the United States.

The U.S. military hospital in Landstuhl treats many of the soldiers who are hurt in combat in Iraq or Afghanistan. U.S. military missions in Africa are co-ordinated from southwest Germany, too.

Above all, U.S. troops in Germany have served as a deterrent to an increasingly aggressive Russia, analysts said.

Nicholas Burns, a former official in the administration of George W. Bush and now professor at the Harvard Kennedy School, said the troop withdrawal served Mr. Putin’s long-term objective of dividing the West.

“This is a significant political and symbolic blow to our immediate priority in Europe: strengthening U.S. strategic connections to Germany, the most important European power, especially following Britain’s exit from the EU,” Mr. Burns said.

Mr. Trump’s decision to withdraw troops is in line with his “America First” vision of limiting U.S. deployments overseas, and his insistence that allies must shoulder more of the burden for their own defence.

But before the presidential elections in November, some say “America First” seems to have morphed into “Trump First.”

“It’s all about him, it’s not about a vision of the world, not about politics, it’s about him, about his need for validation – and sometimes his need for revenge,” said Norbert Rottgen, chairman of Germany’s foreign affairs committee and one of several candidates hoping to succeed Ms. Merkel as chancellor next year.

German officials are already bracing for more disruptive announcements from Washington in the months before the American election – and possibly after.

Many worry that Mr. Trump will unilaterally speed up the time table for troop withdrawals from Afghanistan, giving the Taliban the upper hand in peace talks. Some even expect him to bring troops back from South Korea.

Some fear that if Mr. Trump is re-elected, his first announcement will be that the United States is leaving NATO. Ultimately, Mr. Kleine-Brockhoff said, the question is: “How much can Trump destroy?”

Mr. Trump has long complained about the expense of protecting the United States’ allies in NATO. Since taking office, he has singled Germany out as a wealthy nation that spends proportionately little on its defence.

Some of the complaints are legitimate, analysts say.

“There’s plenty to criticize about how Germany spends its defence euros,” said Ivo Daalder, a former U.S. ambassador to NATO. But, he said, the way to get the country to spend more was to “come up with common strategies, which is what NATO does.”

Mr. Trump’s idea that Germans were freeloading on the presence of U.S. troops in Germany was simply wrong, he said.

Germany, he said, pays a lot to play host to the U.S. forces and makes a significant amount of land available to the United States and NATO for training. The only place in Europe anyone can do live fire exercises, for example, is in Bavaria.

“We are in NATO not as a favour to our allies but to ensure our own security,” Mr. Daalder said. “We deploy troops in Germany and elsewhere to prevent wars so we don’t have to fight them.” 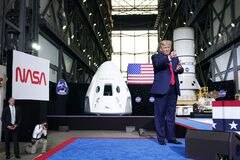 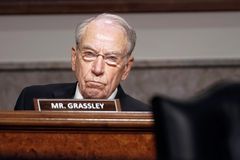