Geoffrey YorkAfrica Bureau Chief
Johannesburg
Published May 18, 2021 Updated May 18, 2021
For Subscribers
Comments
Text Size
Please log in to listen to this story. Also available in French and Mandarin. Log In Create Free Account

Paul Rusesabagina, the man who won global fame for rescuing more than 1,200 people from the Rwandan genocide, says he suffered four days of torture last year in a secret Rwandan detention centre he calls “the slaughterhouse.”

He says he was tied up, blindfolded and gagged, often struggling to breathe, while other prisoners were screaming for help. One of his captors stepped on his neck with military boots, and two senior Rwandan officials told him to sign a false confession, which he refused to do, he said.

Mr. Rusesabagina, hero of the Hollywood film Hotel Rwanda for sheltering refugees at his luxury hotel during the genocide that killed an estimated 800,000 people, was flown against his will from Dubai to Rwanda last August in an action that human rights groups have condemned as “an enforced disappearance” and a violation of international law.

The Rwandan government has put him on trial, accusing him of terrorism for supporting an opposition militia, but his supporters say he has long been targeted by the government for his vocal criticism of President Paul Kagame.

Until now, he has been unable to give details of his detention and alleged torture because of severe restrictions on his access to lawyers and family members. He is allowed only a single five-minute conversation with his family per week, he has no access to computers or paper or writing instruments, and his lawyers are routinely searched and banned from bringing confidential documents into their meetings with him unless the documents are scrutinized by prison authorities.

On Tuesday, his lawyers released an affidavit that included a transcript of Mr. Rusesabagina’s first detailed description of his capture and detention.

“They tie your arms, they tie your legs, they blind you, they tie your nose, mouth and ears,” he said in the transcript, describing his detention in an unknown building in the first four days.

“I was suffocating, I could not move my arms, my legs were tied and I could move them a bit, like one who is dying … I could hear persons, women, screaming, shouting, calling for help: ‘Please help, help, help, help!’”

His arms and legs were bound so tightly that he could not walk and had to be carried to the toilet when he needed to use it, he said.

At one point, his mouth and nose were both gagged, until his legs began shaking from lack of oxygen and his captors finally allowed him to breathe, he said.

“We know how to torture,” one of his captors told him as he stepped on his neck with boots, Mr. Rusesabagina said.

To protect his security, his lawyers declined to say how they had obtained the account from him, except that he provided it to a Rwandan lawyer in prison. The lawyers have included the affidavit and transcript in an urgent appeal to the UN special rapporteur on torture, Nils Melzer.

Mr. Rusesabagina, a 66-year-old Belgian citizen who has permanent resident status in the United States, boarded a private chartered jet in Dubai under the impression that he was flying to Burundi to speak to a church congregation. He was lured onto the flight by a pastor who was allegedly a Rwandan government informant.

Mr. Rusesabagina said the pilot and flight attendant assured him that the plane was headed to Burundi, but instead it landed in the Rwandan capital, Kigali. Recognizing the airport and seeing Rwandan soldiers, he screamed for help, but was tied up and thrown into a car, he said. The flight crew ignored his cries, he said, and the pilot wished him “Good luck.”

The Rwandan government has acknowledged that it paid for the private jet, and Mr. Kagame has praised it as a “flawless” operation. Mr. Rusesabagina’s family and lawyers have called it a kidnapping.

His team of international lawyers – Washington-based Peter Choharis, Canadian lawyer Philippe Larochelle and Swiss-based Kate Gibson – said it was extremely unusual for a detainee to have the courage to describe details of torture and the names of torturers while still being held in custody by the same people.

In a press conference on Tuesday, the lawyers noted that Mr. Rusesabagina was initially forced to use lawyers that the Rwandan government had appointed, and these lawyers did not raise any objections to how the government had treated Mr. Rusesabagina or how it transported him from Dubai to Rwanda. This made him distrustful and reluctant to disclose the full details of the torture that he had suffered, they said.

Mr. Rusesabagina’s children, speaking at the same press conference, said they were disturbed to learn the details of his torture allegations.

“We are afraid for our father’s life,” said his daughter, Carine Kanimba. 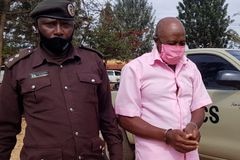 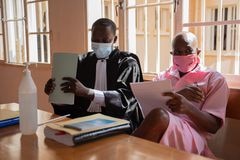 Opinion
Hotel Rwanda hero is unlikely to get a fair trial
September 10, 2020 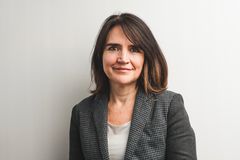