The geopolitical manoeuvrings in the Middle East took another small step in favour of Iran when the outcome of the Lebanese parliamentary election, the first in nine years, bolstered the support for an alliance led by Iranian-backed Hezbollah.

Hezbollah, the only political party in Lebanon with a militia – one that is supporting Syrian President Bashar al-Assad’s war against rebel forces – and its allies emerged as the strongest force after Sunday’s election in the 128-member parliament.

Preliminary results indicate that the alliance, which includes the Shia Amal and the Syrian Social Nationalist parties, took at least 47 parliamentary seats. Hezbollah itself gained one seat, taking its number to 13. The success of the Hezbollah-led group came largely at the expense of Prime Minister Saad Hariri’s Future Movement, the largest Sunni party. Backed by Saudi Arabia, its seat tally fell to 21 seats from the 32 it took in the previous election, in 2009.

Read more: Meet two of the women leading the effort to overhaul politics in Lebanon

The election outcome in Lebanon reflects a wider power struggle in the Middle East between Iran and Saudi Arabia that seems to be going in Iran’s favour. Saudi Arabia, Israel and the United States fear that Iran is striving to create a new Shia-dominated crescent that stretches from Iraq to the Mediterranean by putting its military, political and financial stamp on Syria, Iraq and Lebanon, where it supports Hezbollah.

In a televised speech on Monday, Hezbollah Secretary-General Sayyed Hasan Nasrallah said that Hezbollah’s aims were achieved in the election. He said the “huge parliamentary presence constitutes a strong protection for the resistance [Hezbollah],” as well as the Lebanese army, which has fought alongside Hezbollah against the Islamic State on the Lebanese-Syrian border.

The gains made by the Hezbollah-led coalition in the election will roil Tel Aviv and Washington. U.S. President Donald Trump said the Iran nuclear agreement handed Tehran a US$100-billion windfall that it used “as a slush fund for weapons, terror and oppression” in the Middle East, an apparent reference to Iran’s funding of Hezbollah. (The “windfall” refers to the frozen Iranian assets that were returned under the terms of the nuclear deal.) Mr. Trump has threatened to scrap the agreement by May 12.

While Mr. Hariri, a Sunni who was born in Saudi Arabia, is expected to keep his Prime Minister job, the Hezbollah bloc’s rising influence will almost certainly allow it to capture more cabinet seats and potentially halt any legislation that it considers contrary to its interests as both a party and a militia group, such as forcing its fighters to give up their weapons.

The Hezbollah alliance’s greater parliamentary power, however, will not allow that alliance to dominate the agenda. Lebanon’s parliament is built on equilibrium and consensus and is equally divided among Muslims and Christians. In a power-sharing agreement, the prime minister is always a Sunni, the president a Maronite Christian and the Speaker of parliament a Shiite.

“Hezbollah certainly did not destroy Saad Hariri nor did it want to,” said Fouad Rahme, a founder of the secular Sabaa party who is the president of the Lebanese Businessmen’s Association. “This will not become a country ruled by Hezbollah. But now you won’t be able to do much in parliament without the support of Hezbollah and the Lebanese Forces party.”

Lebanon has been damaged greatly by endemic corruption, the Syrian civil war and the refugee crisis, which saw it take in about 1.5 million Syrian refugees since 2011. It has virtually no budget to fund badly needed infrastructure investments. Last month, it negotiated a low-interest, international loan package worth US$11-billion that will be devoted mostly to infrastructure projects.

Analysts said the major parties no doubt decided weeks or months ago that Mr. Hariri would remain as prime minister, even if was then apparent that Future Movement would lose some ground. He is seen as a consensus builder and is actually popular with Hezbollah – perhaps overly so, in the Saudis’ view – meaning the Shia block is likely to keep supporting him.

A stronger, Hezbollah-led Shia bloc will not sit well with the American, Saudi and Israeli governments, among others, which consider Hezbollah a terrorist organization that is doing Iran’s bidding in Lebanon and Syria. On Monday, Israeli Education Minister Naftali Bennett condemned the Hezbollah alliance’s parliamentary gains. “The State of Israel will not differentiate between the sovereign state of Lebanon and Hezbollah,” he said in a tweet.

Independent parties and female candidates who had high hopes they could crack the political dynasties that have ruled the small, crisis-prone country for decades had their ambitions only partly fulfilled. At least one independent female candidate made a breakthrough in Beirut – a victory for the small, but ambitious secular camp that got nowhere in the 2009 election. The final tally may produce one or two more female winners.

One of the independent female victors was Paula Yacoubian, who will take an Armenian orthodox seat in parliament. Ms. Yacoubian, 41, a former journalist, fought a tough battle. “She faced big money, slander, sexism, fake news, and yet managed to keep her composure and maintain the high moral ground,” Karim Emile Bitar, a senior fellow at the Paris think-tank Institut IRIS, said in a tweet. “She’ll be one of the very few liberal and secular voices in Parliament.”

Lebanon goes to the polls as Hezbollah eyes gains
May 6, 2018 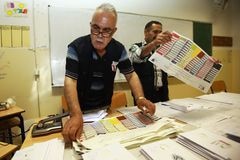 Fixing infrastructure, economy a high-stakes job for winner of Lebanon election
May 6, 2018
Lebanon votes in first general election in nine years
May 6, 2018 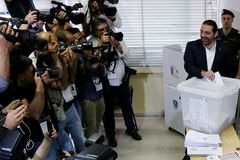