Hong Kong’s embattled leader will not be making further concessions to the city’s protesters, two of her top advisers said, as the government digs in despite several large demonstrations over the past month and more planned for Sunday and the coming weeks.

Carrie Lam, the territory’s chief executive, will focus instead on hearing from various sectors of the Hong Kong population and drafting a broad policy address for delivery in mid-October, said Bernard Chan, the convenor of her Executive Council, or Cabinet, in an interview Friday.

Chan’s remarks — and similar comments by Regina Ip, another Executive Council member, in a separate interview — indicate that Lam’s administration is confident that it can weather further protests, despite several recent violent clashes and signs that the economy could suffer.

Waiting and hoping that protests fade away worked for the government during the pro-democracy Umbrella Movement in 2014, in which demonstrators occupied sections of major roads for months. But Lam’s refusal to meet the current protesters’ demands, including a call for her resignation, runs the risk of driving large turnouts at rallies and more violent confrontations.

In her October address, Lam plans to emphasize that the government will improve its consultation with the public before rolling out new draft laws or policies, Chan said by phone from Australia, where he was on a trip to promote investment in Hong Kong and neighboring cities. The large protests that started in early June were driven by Lam’s hasty introduction of a bill that would have allowed extraditions to mainland China.

The bill angered a broad swath of the Hong Kong public, who worried that it would potentially expose anyone in the city to trials in the mainland’s opaque judicial system.

Even though Lam has apologized for introducing the bill and declared it “dead,” protests have continued to draw large crowds. Demonstrators have demanded, among other things, the formal withdrawal of the legislation, Lam’s resignation and an independent inquiry into the police’s actions against demonstrators.

Chan said that by suspending the bill, the government had already done everything it could be expected to do in response to the protesters. He suggested that they were effectively seeking independence for the semi-autonomous Chinese territory.

“I don’t think they would stop even if you met their demands,” he said. “They just don’t want Hong Kong to be part of China, which is impossible.”

He added that Lam would not resign and said he had not heard her express any desire to do so, even in private.

Lam is also unlikely to reopen the long-standing issue of introducing universal suffrage, Chan said. In recent weeks, the protesters have increasingly called for direct elections, drawing into focus the deep-seated anxiety among many in Hong Kong over the recent erosion of freedoms promised in 1997 when Britain returned the city to Chinese control, under the authoritarian Communist Party.

Chan said universal suffrage would only be up for negotiation if democracy advocates first accepted a proposal made by Beijing five years ago. It would have allowed general elections for the city’s top job, but a committee dominated by Beijing loyalists would have decided which candidates would be allowed on the ballot.

The Umbrella Movement protesters rejected that offer as inadequate, and the proposal did not become Hong Kong law. Without a clear agreement in advance from democracy advocates to accept the proposal, Chan said, “it is not that helpful to reopen that dialogue.”

Some politicians think the pro-democracy movement plans to try to keep up the momentum of their rallies until November, when elections will be held to choose members of the territory’s district councils.

“Because of the district council elections in November, the government is sitting tight, trying not to anger voters,” said Ip, who is also a pro-Beijing member of the legislature.

Further protests could hurt the local economy. The parent companies of brands like Swatch, Cartier and Van Cleef & Arpels have reported in recent days that their financial results were hurt in the second quarter by faltering sales in Hong Kong, a big retailing and finance hub for East Asia and particularly China.

Financial leaders say that some wealthy families from mainland China and Hong Kong itself have been transferring sizable chunks of their holdings from bank accounts in Hong Kong to accounts elsewhere, particularly in Singapore.

Chan, who is also the president of a Hong Kong insurance company, said that Hong Kong’s role as a financial hub has not been affected. Some people who made their money through corrupt activities on the mainland may now be moving it farther away to evade mainland law enforcement, but there had been early signs of that trend even before the current dispute, he said.

More protests could also result in injuries or deaths among demonstrators or police. Violence by protesters, including the beating of a police officer last weekend that was recorded on video and widely replayed online, could gradually undermine public support.

Many pro-democracy advocates, however, have said the movement has remained united even when some protesters have taken a more confrontational approach.

Protest organizers say that they believe that they have the stamina and public support to last in a prolonged dispute. Bonnie Leung, a vice convenor of the Civil Human Rights Front, which is one of the main groups backing the protests, said that police had used excessive force against demonstrators and were therefore responsible for violence by protesters.

“We cannot control the protests; we do not want to,” she said. “If the police behave themselves, protesters will be peaceful.” 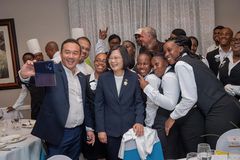 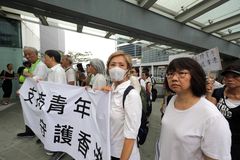 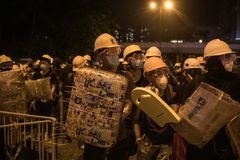 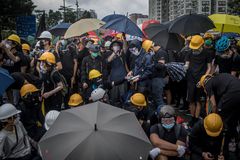